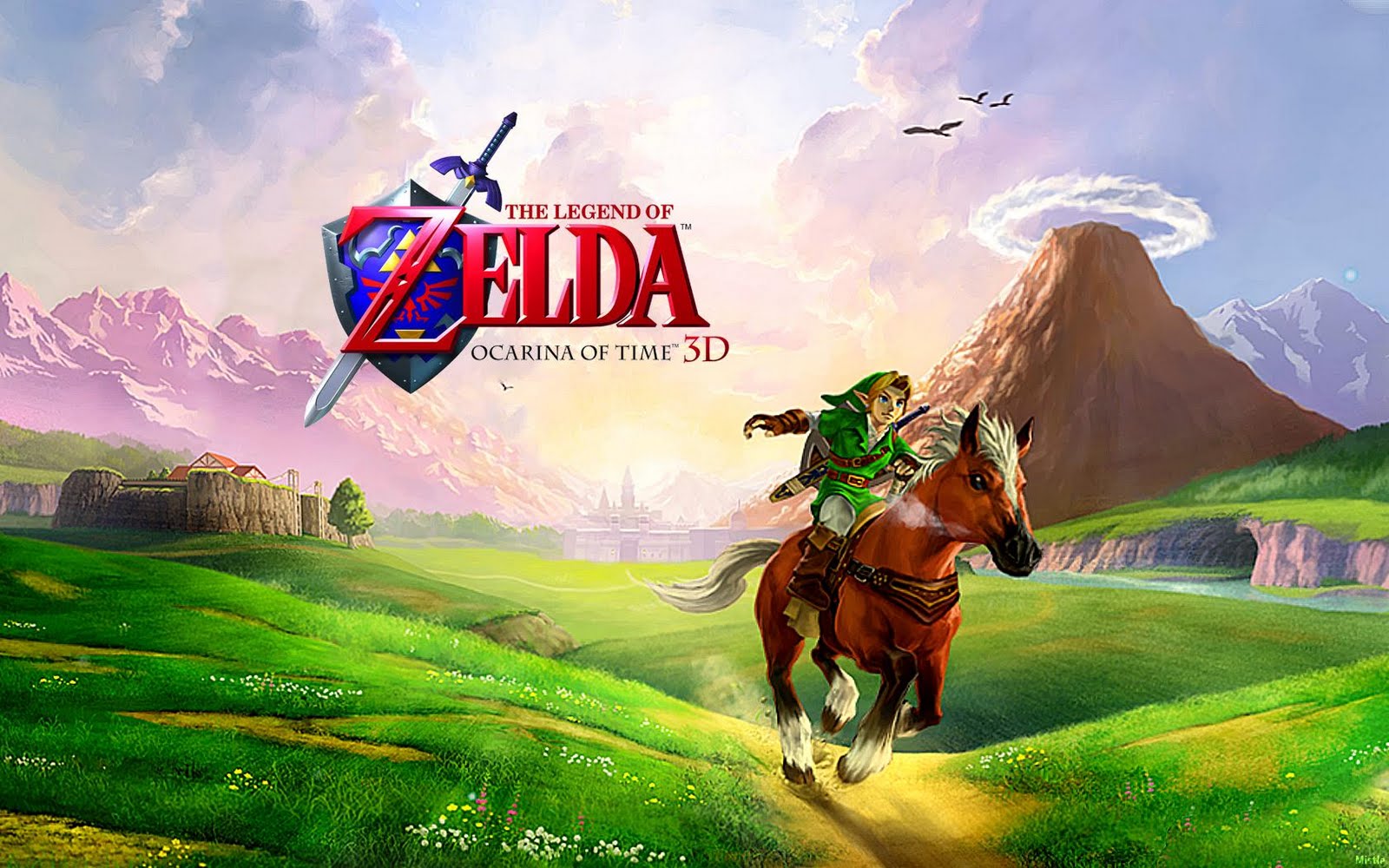 Pure Nintendo Review: The Legend of Zelda Ocarina of Time

Do we really need a review on a game that has already been reviewed as the best game of all time? Does advancing graphics and adding 3D effect really change the game that much? I will give you a giant yes! It’s a change for the better. Playing threw The Legend of Zelda Ocarina of Time on the 3DS feels like playing through it for the first time.

This may sound weird coming from me and frankly it’s a little embarrassing for me to say…I owned every Nintendo homes system except the Nintendo 64. I hope that will not affect any of the gaming cred. When the 64 came out I was at the time in my life were my parents wanted me to learn the value of a dollar and pay for the system myself. Instead of saving my money for a 64, I spent it on candy and hot wheels. I wasn’t able to play Ocarina of Time until much later. In fact it wasn’t until the master quest pack came out for the GameCube that I played Ocarina of Time for the first time. Playing Ocarina of Time on the 3DS was like playing the game for the first time.

For those of you who never played Ocarina of Time, here is a quick run down of the story. Ocarina of Time falls in the Zelda timeline before “A Link To The Past”. Some say Ocarina of Time is the first game of the whole Zelda timeline. In the story you will find out where Gannon came from and rose to power.The whole story is spent trying to save Hyrule and becoming the hero that wil be known through out time.

One of the biggest advancements to Ocarina of Time on the 3DS is the graphical upgrade. When you first see Link sleeping in his bed you know right away that the character design is a lot smoother. When I say smoother, I mean smoother, no more blocky character design like the 64 version.

As you venture out of your home you begin to realize that the environment is livelier and full or detail and depth. No more wallpaper looking surfaces. Walls have depth and life to them. Graphically every part of this game  has been enhanced. It makes me excited to see what Nintendo could do with a new Zelda game for the 3DS.

Being on the 3DS the first question someone may have is how the 3D is used to enhance Ocarina of Time or does it? I can say, with all my professional opinion, that the 3D in Ocarina of Time is the best 3D in a 3DS game. For 3D games and moves the best 3D comes when the project is built with 3D in mind. Let me explain. In 3D not everything needs to be in 3D at one time. Picking certain things to make 3D can add depth and realism to a game or movie.  I do not mean having cheap 3D effects to have a stick come out at you. I will try to explain some examples from Ocarina of Time 3DS. When Link is locked onto a target by using the L button and with the circle pad pulled back, Link performs a back flip. With the 3D turned on it seems like Link himself is leaping out of the 3DS. Link is the prominent thing in 3D, which makes him stand out more than anything else.

Another example is from the story the Deku tree tells at the beginning of the game. With out giving away too much detail for someone who has never played this game before. It’s the part about the three gods coming to earth to create that thing that starts the whole story off. (Remember the story?) As the scene is shown of the three gods flying through space, what becomes the main 3D element is his story is the light streaks as they fly through space. This give the player a sense they are looking through the light streaks at them. Check out the video below at the 1:40 mark to see an example of what I am talking about.

Legend of Zelda Ocarina of Time has such a different feel playing it on the 3DS. Honestly it feels like a brand new game, except I know what I am doing the second time around….for the most part. Yes the game and story are the same but the new visual effects and 3D aspect make it feel like something new. Playing through a game almost seems like a déjà vu were everything seems very similar but different at the same time. If this is going to be your first, or you 12th time, playing Ocarina of Time I know you will enjoy it.