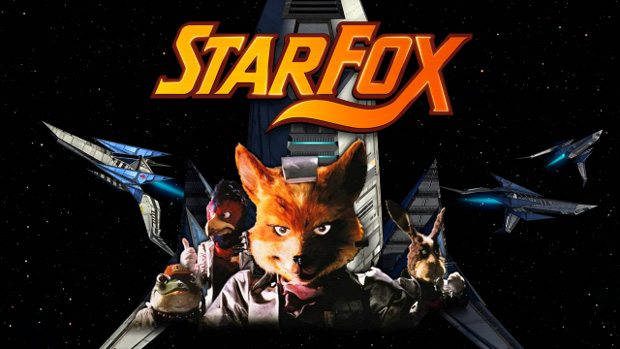 Purely Opinion: What It Means To Be a Leader

When someone becomes a leader of any given position, they are solely responsible for the well being of not only the operation, but also the people carrying it out. One of the top teams in the Nintendo world has to be the guns for hire, the Star Fox team.

I’m not sure about you, but I love me some Star Fox. Since I first played it on the SNES, I was hooked. Its face paced action, its revolutionary graphics, plus Foxes are my favorite animal so I’m sure that has some significance. But enough about my personality, you can read all about that on my dating profile that doesn’t exist.

For the sake of nostalgia, I decided to pop in Star Fox and save the Lylat system for the 50th time. General Pepper briefed me on my level 3 mission (hard mode), sent me off with a confident “Good Luck” and the Arwings were scrambled. The first mission was an absolute breeze, the second required some fancy flying but in the end it was nothing that I couldn’t handle. By the third mission things were getting dicey. Enemies left and right plus a barrage of obstacles to dodge. Not only that, but my squad mates were in trouble. I managed to save Falco, and Peppy by a hare (get it?). But Slippy…I couldn’t reach him in time and he croaked. I promise I’m done with the animal puns.

After the level was done, the request for all aircraft to report was given. Both Falco and Peppy stated their damage but Slippy was no where to be heard. No “SLIPPYS SHIP IS IN THE DOCKING BAY”. Instead, a screen emitting nothing but static replaced the image of the youngest squad member. It then hit me. He was dead for good. There was no bringing him back and it was due to my inability to reach him in time. Even at the end of the game when we left Venom, there were only three Arwings present.

This caused me to take the concept of Star Fox and to look at it in a different perspective. When you take on the role of Fox McCloud, you take on the position of leader. It’s up to you to stop Andross, save the Lylat system and to keep your team alive. While I may have stopped Andross, the fact that I lost Slippy made me feel like I lost and failed as a leader. 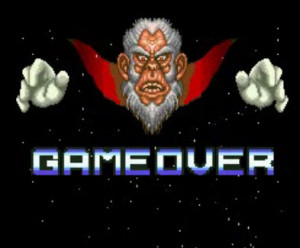 Did I really win in the end?

While the idea of your squad mates dying in Star Fox is a bit on the dark side, I absolutely loved this idea. In fact, it was an element that I wish was still present in other Star Fox titles. For example, in Star Fox 64, if a teammate lost all of their shields, they simply flew back to the Great Fox and waited out the rest of the level and the next one. There was no consequence to losing them. Star Fox for the SNES made it apparent that you failed and that you had to carry that burden through the rest of your mission.

And yes, I know that in the game, fighting your own enemies, dodging obstacles and defeating bosses while keeping your squad alive seems stressful, but no one said that the position of leadership was an easy and comfy experience.

But maybe that was the idea behind the game. You were more than just a Fox off to save the galaxy, you were part of a team and the idea was that no one would be left behind. Perhaps that’s the same idea in future games with your team constantly in trouble. While shouts of “FOX GET THIS GUY OFF ME!” and “TAKE CARE OF THE GUY BEHIND ME FOX!” may come off as annoying, maybe it’s meant to be a test of your leadership and skill as a pilot to save them. No matter how good your team may be, you’re going to run into some trouble and it’s up to you to get them through it all alive. But when you make it to the end with squad in tact, you feel like you’ve earned the position of ‘leader of the Star Fox team’.

So with that in mind, go play some Star Fox, look after your teammates and remember that this whole article is just Purely Opinion.