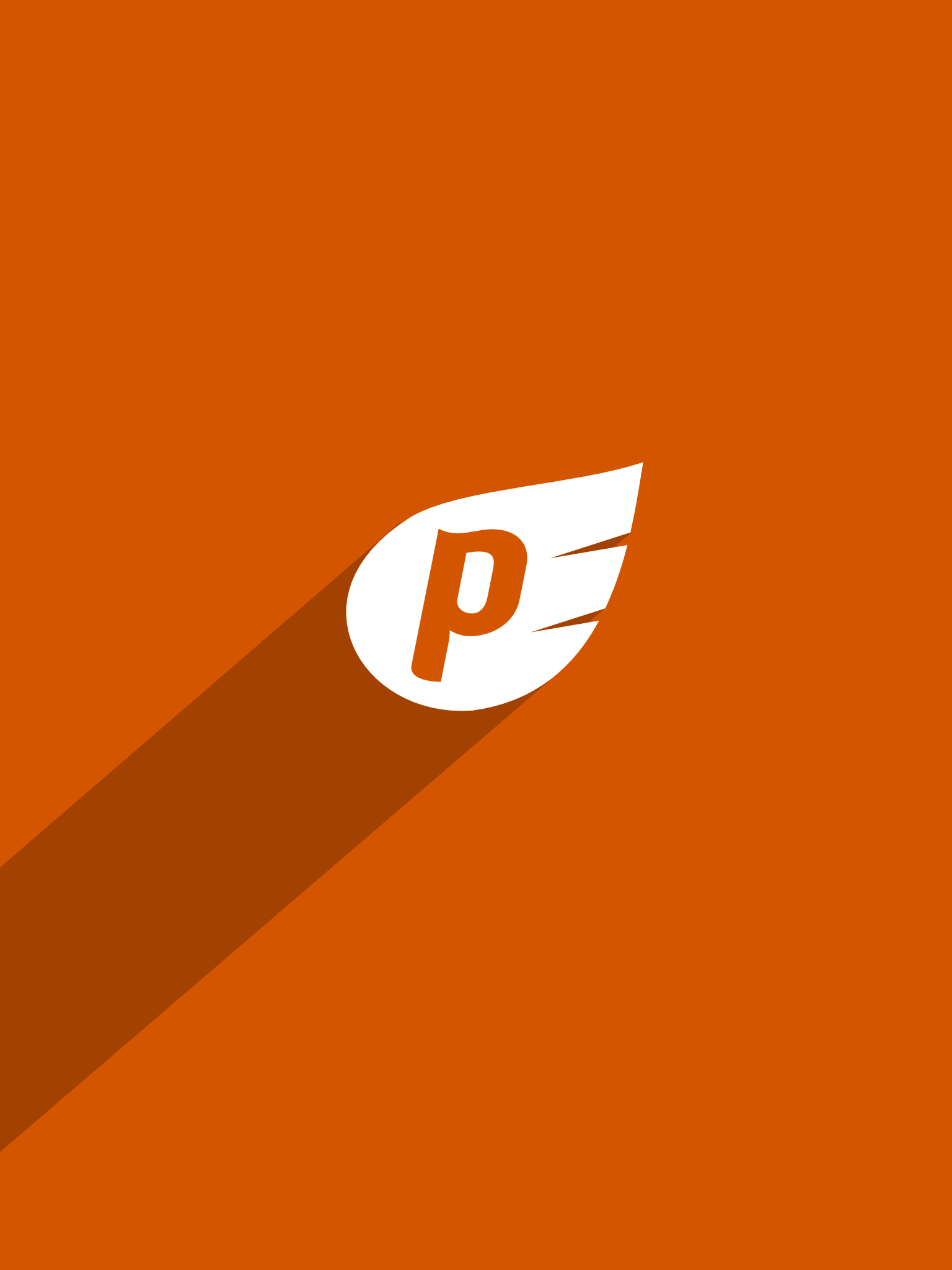 Purely Opinion articles always make for entertaining reads, and this is one that’s been on my mind for quite some time.  It’s the sort of piece I always meant to finish that ended up taking a back seat to a new review, interview, or news piece.  However I finally had both the time, and motivation to finish it.  The latter is thanks to a Twitter question posed by longtime Pure Nintendo supporter Jools Watsham of Renegade Kid. 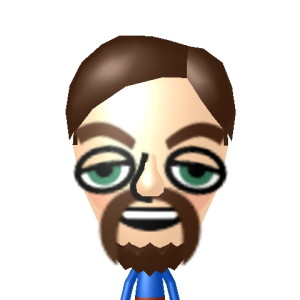 What started as a simple Tweet about some reviews not taking price into account, has led to my finally finishing this article.  Jools very kindly agreed to move the chat from social media and speak further with me one on one! I’m thrilled to present a portion of our discussions to Pure Nintendo readers …

To present a counter opinion, we first need to establish why it is that some reviewers choose not to discuss price in their reviews.  Why do you think that’s so Jools, and why is it problematic?

JW: I have heard a number of different people say that they think the price of a game is irrelevant to the review, and some have said the fact that prices can fluctuate with sales promotions is the reason they do not want to consider the price in the review.

Indeed, that is an oft-repeated line of reasoning.  However popular though, that approach can be quite flawed wouldn’t you agree?

JW: If all games were priced equally, as music and movies typically are, we couldn’t have an issue. But, the fact is that games can vary from $1 to $60 (not counting Free to Play), and provide very different experiences. How can they be judged equally? I think price should be factored into reviews. It is a very important aspect of the product. The price should be an indication of the content expected.

It’s true.  Yet many still choose not to factor it.  It’s not that their lines of reasoning aren’t understandable.  But it indicates a ‘can’t see the trees for the forest’ mentality.  A blanket statement that price shouldn’t be considered fails to take in the details of what it was that led to the price in the first place!  In the case of smaller indie games it’s often as you suggested, less content. 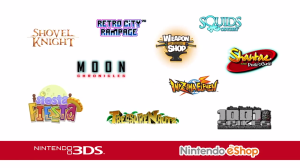 For  consideration – would it be fair to judge a brand new small indie team to the same standards of a veteran AAA Studio with hundreds of employees?  I’m sure when worded that way most would think it to be ridiculous.  Yet, that is what’s being done (in effect) when reviewers fail to factor price!

Not taking these things into account can damage indie developers (and others) especially when it comes to reviews.  For better or worse, we live in the days of Metacritic.  While I think it certainly has some value, it unfortunately results in what used to be a good score of seven being lost in translation to now average at best.  What are your thoughts on this Jools? Do you agree?  And can you think of an example?

JW: Yes, I think it can be damaging to indie games that are designed and released as digital download only. Recently, I read a review of a puzzle game that was released not long ago. It is priced at around $3 on the eShop. It is the type of puzzle game that has a simple and enjoyable interface, and oodles of content to play with. It is very polished, and feels solid. You can tell that a lot of effort went into delivering an intuitive experience for the player.

The review said lots of great things about the game, but when it came to the negatives, it listed features they wish were in the game, such as leader boards, customization, and multiplayer. Now, I don’t know if those “negatives” mentioned affected the score that was given to the game or not. But, why are these features even mentioned? It is a $3 game that does what it set out to do, and it is priced accordingly. Leader boards, customization, and multiplayer are not small features. In fact, they’re huge features that would take months to implement into the game, and increase the price of the game to the player – which highlights the very point that we’re discussing. 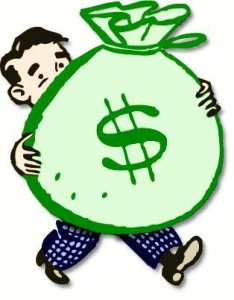 That’s a strong point.  Making games isn’t cheap.  Even the smallest releases have costs involved.  If you are one or two people making a game out of your garage for instance, how can you begin to match big publisher spending tens of millions?  The game would obviously have less content, and perhaps lack some polish.  But the real question; Is it fun and does the review score accurately reflect that?

Too many people are assigning much more importance to scores than is needed, and if games aren’t scored in context (based on their system of release, developer, format, cost, etc.) the review is of limited value.  I’ll be honest; I’m not overly fond of giving games a score.  I do so because I write for Pure Nintendo.  Scores do have a purpose, but if I had my way, I might never use them.  When I’ve reviewed games for retro forums I didn’t assign scores.  I preferred to let my words speak for themselves.  Years ago I read someone complaining about a magazine that used five star scoring system.  They made the comment that a three star game made them ‘wonder if the game was any good’.  My advice to people like that – read the review!  Don’t’ just jump straight to the score, especially if it’s one that’s failed to take cost into consideration!

Anyway, getting back on topic, who better to ask about cost than Renegade Kid!  As a company you’ve published both full price retail games and digital budget games – you have an informed perspective of how pricing should factor when titles are reviewed.

JW: I think the price dictates the content you should expect from the game. A $3 puzzle game should not be expected to offer the same content as a $9 puzzle game. 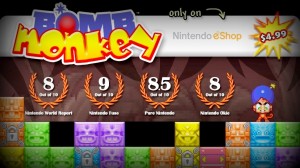 JW: Yes, I called Bomb Monkey bite-sized because it is the type of game that offers a snack, not a full meal. These types of games seem to be priced in the $2 to $5 range, depending on their content and features.

Up to this point we’ve talked about budget games mostly getting the short end of the stick, but it can work the other way as well.  Games can be overpriced.  Angry Birds for example, which is a fun 99 cent mobile game, was released as a small Wii U compilation  for $50. Just because a game might be fun, is that an excuse to pay the price no heed?  Doing so ignores the point of reviews, to inform gamers if a title is worth spending money on.  There are new games released every week, and most of us have budgets.  How many new games do we buy in a year?  With retail games costing upwards of $60, nobody wants to see money wasted.  Digital games are cheaper, but still warrant consideration. They aren’t games that can be returned for a refund if you don’t like them, resold for cash or store credit, or traded with a friend. 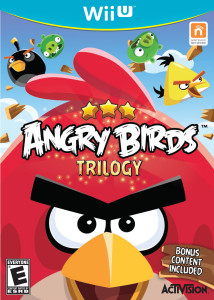 There is a reason that I can enjoy both a $10 burger at Red Robin and a 99 cent burger at Wendy’s.  Is Red Robin better? Of course, but I expect that when paying 10 dollars for a burger.  Likewise when paying 99 cents, I have appropriate expectations.

To give an illustration that hits closer to home, do you have a video game example Jools?  Specifically one where your own enjoyment ties in with the cost?

JW: To stick with the puzzle theme, I think Pushmo is a good example of a game that offers a great amount of content for $7, but would have felt light at $30.

So to wrap things up Jools, what suggestion(s) would you give to reviewers who are rigid in their stance that price should never be a factor?

JW: I suggest reviewers think about the service they are providing to players, and how best to educate them on their video-game purchasing decisions.

Well said!  I think about writing for Pure Nintendo.  With the exception of retro reviews, we are mostly reviewing newly released games.  And why are our fans reading them?  The first reason is because Pure Nintendo is awesome!  But again, gamers also want to know if a title is worth spending money on …

That’s the service I (hopefully) provide in writing reviews, and I never want to forget that.  I also never want to allow cost to influence me selling certain games short, particularly budget games from small indie developers.  Have I been successful in that?  Not always.  I’m far from a perfect journalist, but rest assured that I work hard at reviews.  Part of that work is recognizing the role price plays in them – it is something I can’t ignore.  And while I respect the rights of other reviewers to do differently, I’m hopeful that in time we’ll see a gradual reversal of that trend.

Huge thanks to Jools Watsham from Renegade Kid for taking time out of his busy schedule to talk with me and Pure Nintendo about this topic!  And thanks to everyone who reads this piece.  Just remember, these are Purely Opinions.