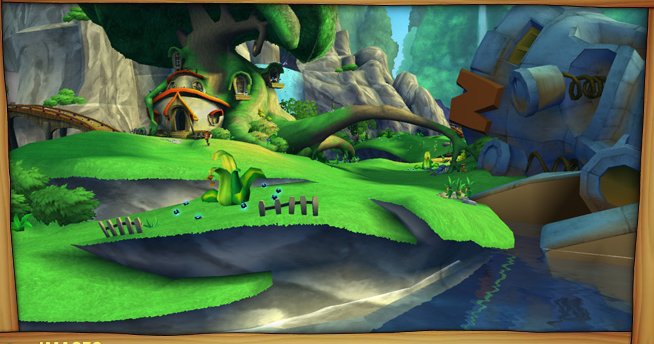 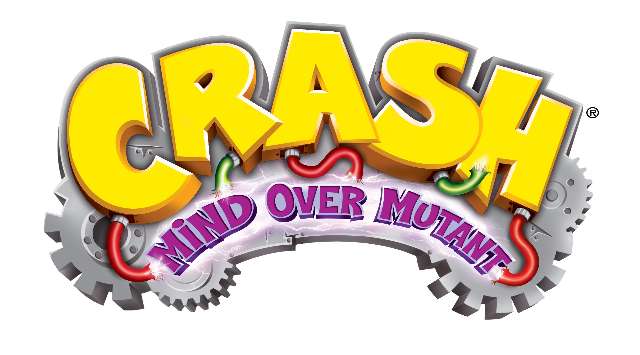 Activision was kind enough to send us over Crash Mind Over Mutant for the Wii and DS. For you right now I have the DS version review, and Kevin should have the Wii version done very soon. Next on my review agenda, the new James Bond, which I am hoping to have done by the end of next week….hopefully.

First I would like to say I never played the last Crash game that involved mutants. With that said I just well come right out and say it, Crash: Mind Over Mutant is a simple game. I found myself jumping and double jumping through level after level of pretty much the same thing over and over again. Don’t get me wrong, there are a few things to do besides jumping around like a Kangaroo. You can collect little orbs that they call “mojo.” Once you collect enough mojo, you can transform into Super Crash. Your speed and attack power increases. There is also the ability to hi-jack monsters/mutants of all different skills: Electric, Flower power, just to name a few.

The cool thing is the ability to collect costumes that give you different abilities: Chief costume that gives you more life and the fruit will replenish your life more than normal. There is the boxing Crash, which makes your melee attacks more powerful, and an eel suit that makes your Electric mutant more resistant to attacks and more powerful. There are many more but I will leave that up to you to find out.

How you achieve these customs is probably the best thing in the game. Hidden in one of the levels, in each of the five worlds, is a little green platform. Once you stand on it a little UFO, yes a UFO, takes you away to another level were you have to use all your wits to reach the prize at the end. This was the only part of the game that could be challenging, which made it fun. Not only are you timing you jumps to make it through a mind filed, or pressing jump at the right moment in a fall to reach a lower ledge, (yes Crash can deify gravity and do a jump in mid-fall) you are restricted by a time limit as well. Once the clock strikes zero you explode and you are taken back to the green platform. The good news is that all you have to do is jump back on the green platform to try your luck again.

This part of the review is going to be really short for the one reason, there is really not much of a story. To some up in a few sentences; Crashes friends get tricked into buying this helmet, created by Dr. Neo, which seems like a copy of an iPhone. Once placed on your head, you will be able to send email and buy something off an eBay like store in a second. Of course Dr. Neo is an evil villain, and with all evil villains’ creations, there is a catch. The super helmet brain washes Crashes friends and he has to go off and save them by using Mutants for some reason or another.

There is also a sad attempt to add mini-games, which seemed like an afterthought, kinds like this paragraph. There was the ability to battle other people online with mutants, but that gets kinds old fast.

Over all Crash: Mind Over Mutant is a sad attempt at a Crash game on the DS. It does have some charm, but the overall redundancy of the levels brings it down. Plus what the hell is going on in the story? The odd thing was I did find myself having trouble putting it down at times. Maybe it was the joy of seeing how fast I can get through a level, or maybe it was the simplicity for my simple mind that kept me hooked? My final verdict on the game…..It’s an average games with an average score of 6/10.

Sorry for the lack of picture in this review. Activision sent a little press CD with the games but it only had the Wii version screens on it. When search for Crash: Mind of Mutants DS on Google retrieved only Wii screens as well.