One thing I know that everyone wants to know about is the touch screen ability in the game. This is something that Rockstar has hit dead on. The functions that use the touch-screen are not over-done or don’t get annoying over time. The whole guidance system: GPS save menus, stats, is all on the bottom screen and can be accessed in game. Also through out the game there will be cars that will need the use of the touch screen to start them: splicing wires together, or using a meter to hack into the car. Also there are some fun stuff like kicking out a window or looking through a trash can to find a gun. 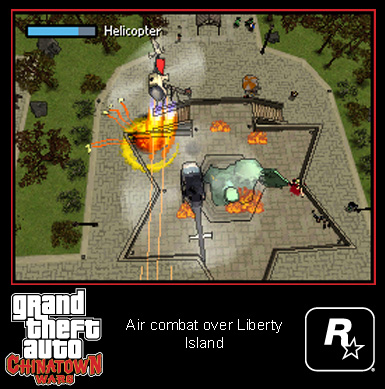 Probably one of the coolest new features, and also has never been in a GTA game before is the ability to re-play a mission after it is done. There is always that one mission after it’s done; you just think to yourself, “man that mission was just bad ass.” Now all you have to do is head back to a safe house and look on the wall to see a list of all the missions that have been done, and click on the one you want and get back to it. 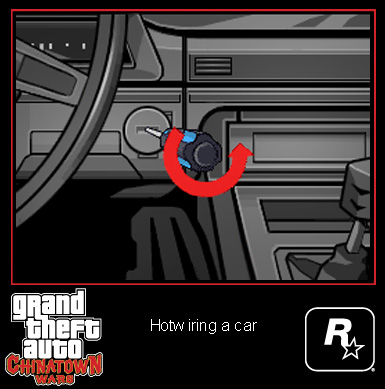 There is also a all new police evasion system, no more hiding like a punk until the heat cools down. In China Town wars you have to be more aggressive while losing your wanted level. Players are now smashing, crashing and ramming them at full speed to disable their police cruisers as they give chase. The more cars disabled, the more the wanted level will go down, this new tactic of police fighting only occurs when you hit two stars. Two stars equals two cruisers you have to take out, three stars adds three more cruiser that must be taken out.

I have not done a lot on the drug trafficking side, been trying to get through the story. What I have learned from it, it is the only way to make some real money. The missions don’t pay as much as other GTA games; $100 here $150 here, but selling your goods is where the big money is. I found myself making a couple thousand dollars in one quick sale. What makes it even more interesting are the cameras that are placed around the city. Where there are cameras, goods will be sold for a higher price, because of the lack of competition with people being afraid to come around. When you start taking out the cameras, prices for goods will drop. A good idea I found to do: buy the drugs where there aren’t cameras, where it is cheap, and then sell them where there are some, where the price jumps. It all makes good business sense. 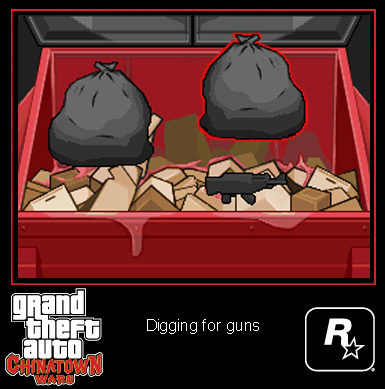 The multiplayer in GTA is just as deep and engaging as the single player experience, only now you can cause carnage with a friend. There are six different multiplayer modes: Single Race, Season (Races), Stash Dash, Defend the Base, LC Survivor, and Gang Bang. All the modes feature large levels and some, such as LC Survivor, give you full roam of Liberty City as you compete with a friend. You can also choose to team up with your friend and do some damage together. You also have most everything you’d get in the single player game such as weapon stashes, health, and even police chases. Each person has their own wanted level, and it makes for a cool element when you’re going after each other to have the cops after you as well. Defend the Base is another really fun mode where you team up with your friend and defend your base/cars by any means necessary from rival gangs. All in all, the multiplayer experience only serves to add value to an already amazing game.

I have to say that this is the first DS game in a very long time that I have wanted to pick up my DS and spend some good quality hours with it. Even if the story is lacking, hey it’s a GTA game, the story’s have never been the greatest. I can probably see myself spending a ton of hours just causing havoc in the game. In fact now that I have this done, I may slow down and do some crazy stuff, like take my car off a ramp or seven. If you are a fan of the GTA series, this game is a must buy. If you are just looking for a good DS game to play during a long summer trip, this is a must buy.