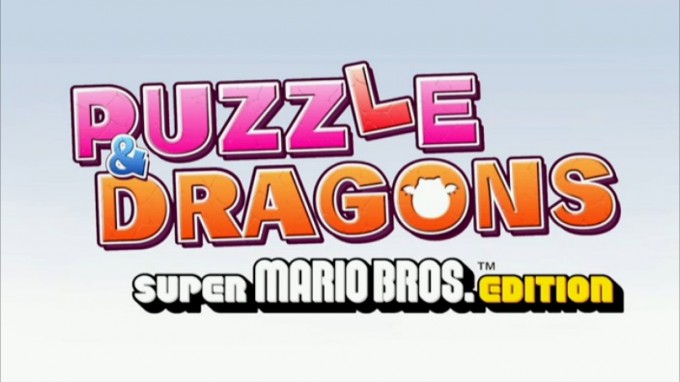 Puzzle & Dragon, the match-three puzzle/RPG game that has taken Japan by storm on mobile devices, is coming to the 3DS again – this time with a special edition featuring Mario and his pals. GungHo Online Entertainment made the announcement today alongside a trailer for the new game.

Shigeru Miyamoto himself was present for the announcement, during which he told fans about when he first noticed Nintendo staff playing the original Puzzle & Dragons. He was also struck by the work ethic of the people at GungHo.

A spin-off, Puzzle & Dragons Z, was released for the 3DS in Japan last year, but Nintendo wanted to do more. A guest appearance from Mario didn’t seem enough for the fan base, so Puzzle & Dragons: Super Mario Bros. Edition was created.

The new game, which is set in the Mushroom Kingdom and features Mario, Luigi, Peach, Yoshi , Bowser and more, will release in Japan on April 29, 2015.

There’s no word yet on a Western release, so stay tuned for more information. In the meantime, check out the Japanese trailer below and let us know if you’re keen to try this special edition.