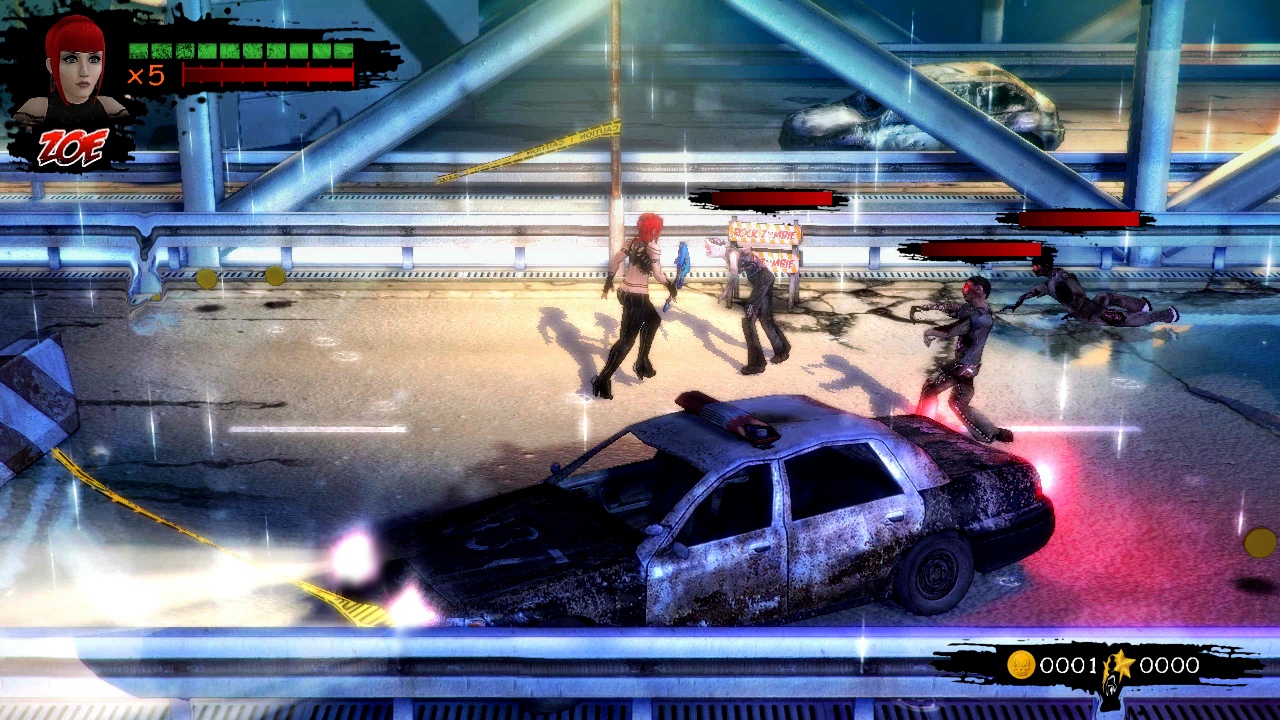 What would happen if a concert of a female rock band was invaded by a horde of zombies? The answer to that question can be found in this videogame which combines classic gameplay from the Arcade Golden Age with modern 3D graphics.

Features:
✭ 20 levels filled with addictive action where you will fight all kinds of enemies, ride motorbikes, drive cars and much more.
✭ A terrifying story told through 300 comic strips inserted between the action sections of the game.
✭ Three awesome characters to choose from: Zoe, Sasha, and Crystal.
✭ A wide range of weapons, costumes and concept art, and loads of unlockable collectible material at the Zombie Museum.
✭ An OST that combines Hard Rock, Nu Metal and Alt Rock that will immerse you into a really dark and rainy urban atmosphere.

Quaternion Studio is only one person just now that make indie games. I am fighting to create good games and be able to increase the team to create better games each time.

Innovative developer in the gaming industry, EnjoyUp Games born with a team with more than 15 years of experience on the entertainment sector and the idea of revolutionize the concept of video game, a young company with strong principle of contribute with new and fun game forms.

Our philosophy is create new products that give new sensations to the player. We haveachieved this with our ambitious and original project Chronos Twins, a game never seen were the action runs on two screens at once with a new concept of time.

With these projects, EnjoyUp achieve his short-term objectives. With a look on the future on new and fascinating challenges, becoming a promising studio on the video game sector.