Quest of Dungeons is an indie title that originally released on March 25, 2014. Developed by Upfall Studios, this procedurally generated roguelike dungeon crawler has made its way onto the Switch eShop. The game starts off by informing you of an evil dark lord who has stolen all light from the world, hiding it in an enchanted lantern. We then see the four heroes of the game as they slack off on their duties, convincing your chosen character to enter the dark lord’s dungeon alone. Once inside it’s up to you to find and defeat the dark lord, defeating monsters and looting everything in sight along the way in this fun, yet difficult title. 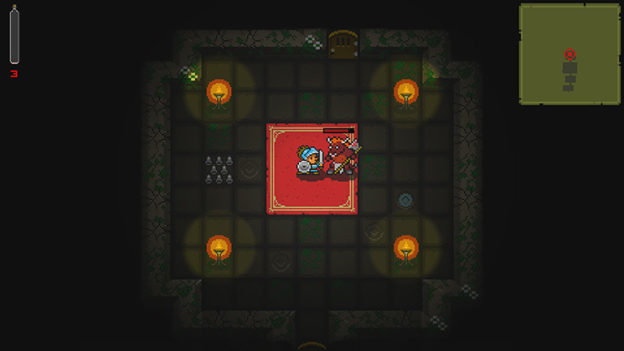 As one would expect from a dungeon crawler game, you’ll be fighting hordes of monsters and snatching up all the potions and equipment you can find to survive. These types of adventures thrive off the joy you get from acquiring and sorting through new items to make your character stronger, and Quest of Dungeons is no exception. As everything is procedurally generated, the dungeons and items you find will be different each time you play, giving you plenty of replayability. This can also work against the game, however, as it means you also have the potential to run into the extremely tough boss monsters before you’re ready to actually fight them. If you don’t react quick enough, this can result in getting killed in one hit and losing all your progress. Getting pretty far into the dungeon and meeting your untimely demise can be discouraging, but due to the game’s short length (the first labyrinth is only seven floors), it doesn’t kill your motivation to start a new run and keep playing. 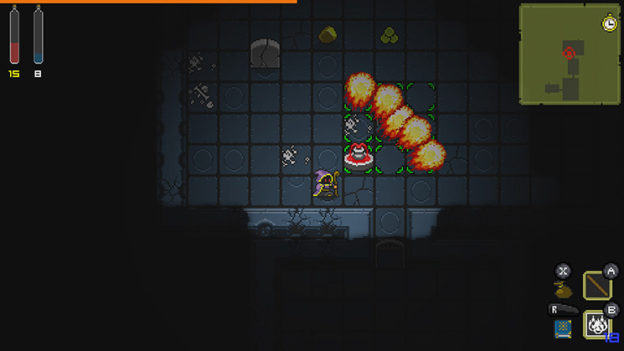 Instead, Quest of Dungeons is meant to be played multiple times so you can experience all of the dungeons, complete all of the built-in achievements, and play as all of the characters. Initially you start off with four, the Warrior, who has the highest attack and HP, the Wizard, who has the strongest spells and lowest HP, and the Assassin and Shaman, who are mix of close and ranged combat. Each character’s unique play style makes every run through the dungeon a different experience, adding to the fun of trying to stay alive with the different character abilities you are able to find in tomes. Once you’ve beaten the game, you’ll have access to a different labyrinth and a new character known as the Necrodancer.  These unlockables keep you coming back to play, and the inclusion of creating a dungeon’s custom rules for you to run through is a pretty neat feature. 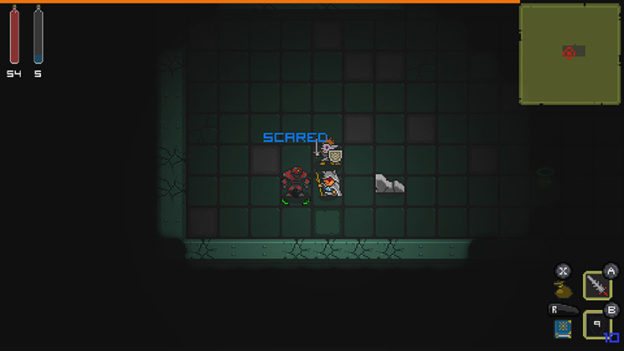 While running through each floor of the dungeon, searching for the stairways to take you deeper still, there is treasure to be found, traps to avoid, and quests to complete. All unneeded loot can be sold to the merchant who can be found on each floor of the maze. You’ll also be able to buy equipment from him, as well as keys to unlock doors or treasure chests. Traps are generally pretty easy to avoid, but if you’re clever you can get the monsters to damage themselves by forcing them to walk onto them. Quests are found on stone markers with jewels in their center. The quests are randomly generated, and will usually have you searching for a specific item or hunting a more powerful monster for a nice chunk of gold and experience. You never know what you will find on each play-through, making it fun to explore every nook and cranny before heading to the next floor.

Combat is turned-based, meaning every time you take a step, all of the enemies on the floor will move as well. Attacking can be done with the A-button while spells and skills use the B-button. Some characters, like the Mage and Assassin are better at taking enemies out from a distance. Others, like the Warrior, need to be up close and personal to get the job done. Every character has a strength and weakness, but it’s worth trying each character to see how far you can get. 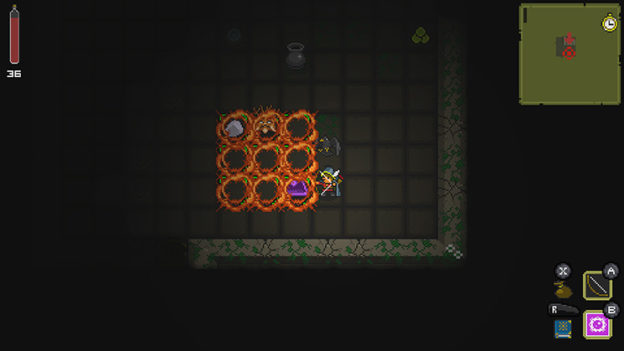 With some catchy tunes, a pleasing, 16-bit style aesthetic, and addictive gameplay, Quest of Dungeons manages to be a pretty good time despite the frustrations of permadeath possibility lurking behind every door. For those who don’t like the idea of starting from scratch every time you die, this game might become annoying. However, at $8.99 on the eShop, if you enjoy games that let you explore and collect items and don’t mind some RNG induced difficulty, there is plenty of secrets and fun to find with this title.

Quest of Dungeon’s fast-paced exploration and looting based gameplay make it a really fun title to pick up and play. However, the randomly generated dungeons can also spell your immediate demise if you’re unlucky, which can cause some frustration.