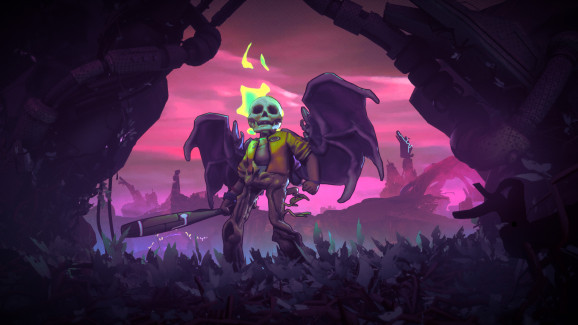 RAD is a dangerous new roguelike for Nintendo Switch

RAD is a dangerous new roguelike for Nintendo Switch

RAD is set in a post-post-apocalyptic world, where humanity has endured not one but two apocalyptic events. Players assume the role of a teenager who ventures into the Fallow, the ever-changing, radioactive wasteland filled with unspeakable creatures. It’s also the key to healing the world. The fate of humanity rests on your shoulders as your body becomes twisted and mutated into something far less than human, but far more powerful.

The team at Double Fin Productions is excited to unleash this creation on the world, with Project Lead Lee Petty stating:

One of the best parts of developing RAD has been getting early feedback from the community with the Closed Beta. I want our fans and future players to know that they’re being heard and we’re going to bring an experience they’ll want to keep going back to”

To celebrate the news of an official release date. the team has kicked off a RAD fan art contest. Fans are invited to submit their graffiti designs that best represent the game. Entries will be evaluated by the development team and the winning design will even be featured in the final game! If that wasn’t enough, the grand prize winner will receive additional swag items, including a skateboard, glow-in-the-dark action figure, and lunch box. To enter the competition or find out more, check out the RAD art contest site.

Will you be entering the art contest? Let us know what special powers you’d like to inherit during an apocalypse.

RAD will be released on the Nintendo Switch eShop on August 20. You can also check out the announcement trailer below to see the game in action.