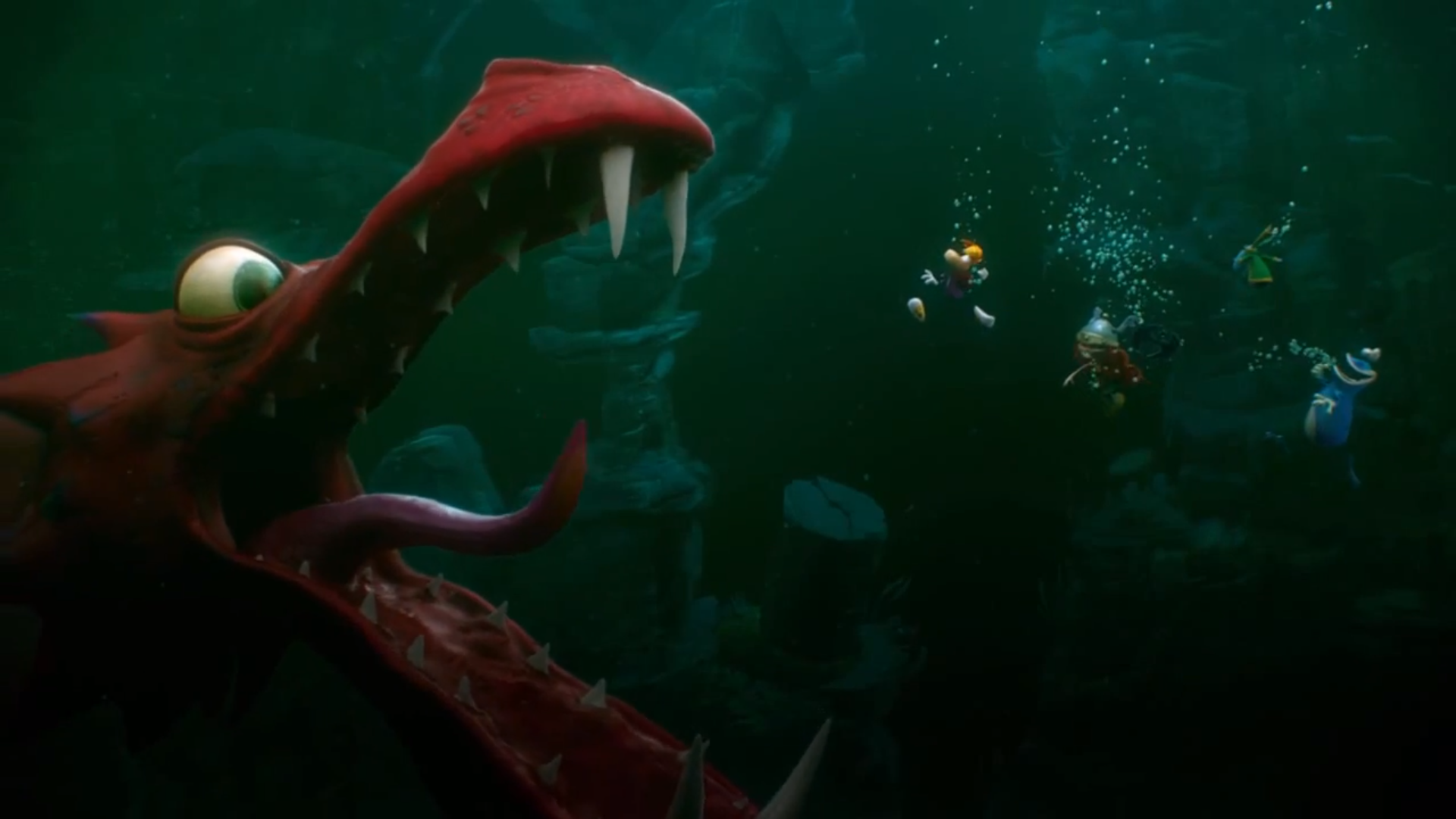 Many gamers have already played Rayman Legends either on a demo station at a retail store, on the Wii U eShop demo, or through the Challange app, which can also be found on the Wii U eShop.  At Nintendo’s E3 booth I was able to play through 3 levels that I have not been able to play before.  At the booth I played through a level from the game called Lights Out, a boss battle, and the rhythm level called Mariachi Madness.

The Light Out level used a combination of areas played by Rayman and areas that are played using Murfy.  The object of playing through this level is to avoid the lights while platforming.  The level played very well as I expected but added a little more difficulty and puzzle solving on top of the already spectacular platforming in Rayman Legends.  The boss battle was also very enjoyable to play but very difficult to beat.  I had to replay the boss battle quite a few times before overcoming the large dragon.

The Mariachi Madness rhythm level that was playable at the booth was just as fun as the Castle Rock level found in the previous Rayman Legends demos.  Mariachi Madness featured the song Eye of the Tiger and was a little more difficult than the Castle Rock level.  These new rhythm levels are what I look forward to most in the Rayman Legends because they are different and a lot of fun to play.

Anyone who is looking for a great platformer or a very stylized game will enjoy Rayman Legends.  The game has been plagued by delays and was supposed to be released a long time ago.  Ubisoft has caught a lot of flak for this but regardless gamers young and old should give Rayman Legends a shot.  Rayman Legends is a blast to play, is a solid platforming experience, and the graphics look incredible.  Rayman Legends releases on Playstation 3, Xbox 360, Vita, and Wii U on August 30th in Europe and September 3rd in North America.