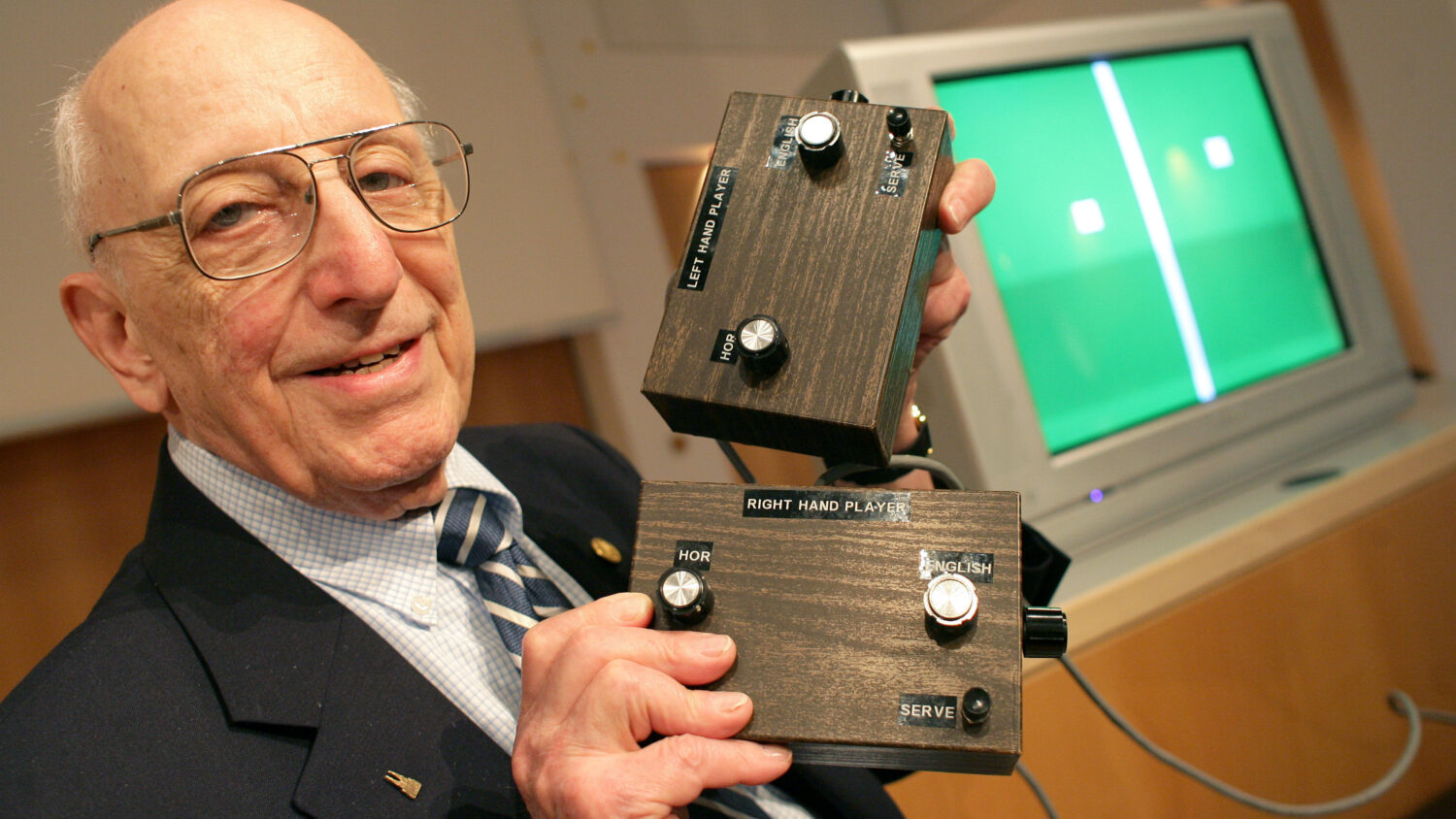 German-American game developer Ralph Baer shows the prototype of the first games console which was invented by him during a press conference on the Games Convention Online in Leipzig, Germany in 2009. Baer died on Saturday. He was 92.
Reviews

Have you ever sat down, booted up your Nintendo Switch, and thought about how video gaming even came about? Like, what came before your Switch, DS and NES? Well, Blips on a Screen, published by Knopf Books and written by Kate Hannigan, tells how a Jewish refugee from Nazi Germany invented video gaming and launched what we are all so obsessed with today! 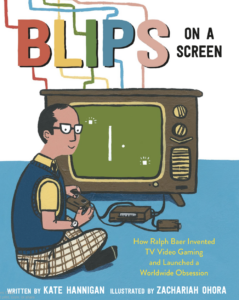 Blips on a Screen: How Ralph Baer Invented TV Video Gaming and Launched a Worldwide Obsession (or simply, Blips on a Screen) is a picture book biography aimed at young readers to inform them of life of ‘the Father of Video Games:’ Ralph Baer. He earned this title, by being the man who essentially kickstarted the video game landscape – using his engineering and radio background to tinker with the newly made televisions, wanting to make them more fun, and in turn, developed the first video game.

If you have a child, or you are, in fact, a huge video game fan, then this book would be an excellent pick-up. This picture book is aimed at younger audiences, which means it is relatively short and simple. I, for one, love a quick pick-up and read. As my daughter is five years old and learning to read, books like this are also ideal for me to read to her and, later down the line, for her to read herself! Even better is that it’s based on a topic that interests me and something she enjoys too. Plus, everything shared in this book is factual, so you’re learning! The best of both worlds, if you ask me.

I won’t go into any details about the story as I recommend you read it or do your research on Ralph. He is a fascinating man whose story goes beyond the creation of video gaming. Still, how Kate Hannigan has written this tale definitely leaves you wanting more. Again, this needs to be simplified for the younger audience. However, the Questions and Answers section at the end of the book adds value for older readers. This section details the specifics of Ralph’s life and story and answers several questions I was planning to research myself after my first read. Questions such as ‘What else did Ralph make/work on?’ and ‘How can I learn more?’ are packed with valuable and interesting information. 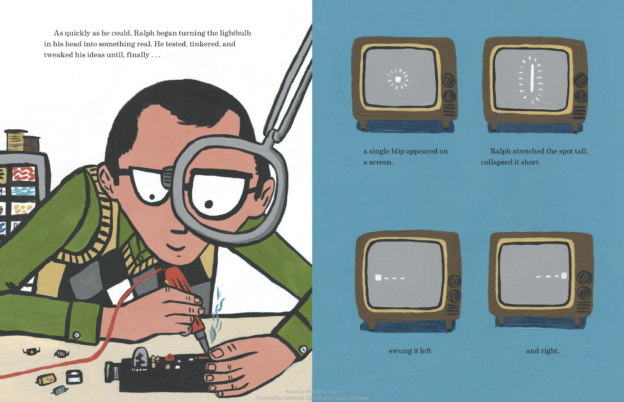 Following this is a fascinating timeline of Ralph’s life. Notable events such as the release of the NES are included to put into perspective the evolution of video gaming today. If your Ralph-filled appetite wasn’t met, there is a list of resources used to help build this narrative. A handful of resources are provided so you can dive deeper into the origin of video gaming.

As touched on earlier, Blips on a Screen is a picture book. This means a large percentage of the pages are filled with pictures coupled with a paragraph or two, or sometimes even only a few words. The pages are bright, colourful and engaging. The book’s illustrator, Zachariah OHora, has done a fantastic job in creating a bold and minimalistic yet vintage feel that spans from pre-World War II all the way through to the late 60s and early 70s.

Speaking of the time period, one area that impressed me is the honesty that has been used and shared. Given that this is aimed at young children, authors can sometimes shy away from the not-so-fun and serious themes when telling stories. I love that Kate didn’t shy away from the harsh reality of Ralph’s early life. He was affected by the war and needed to move to the US as a Jewish refugee. Even the need to change the spelling and pronunciation of his name (from Rolf to Ralph) due to the German connection was included in this story. It’s very easy to skip over the seriousness of this subject, and I think many young readers want to be spoken to openly and honestly. Hence, it’s refreshing to see this. 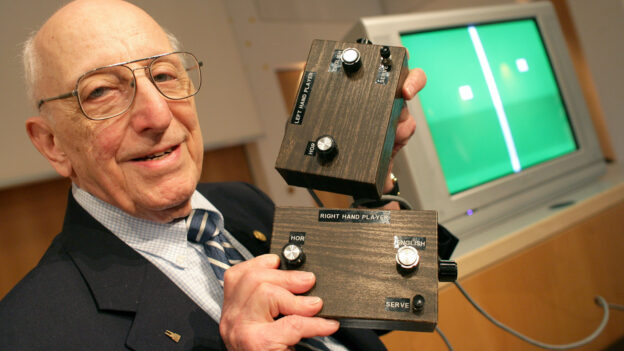 If you are a fan of all things video games, have a young family member or friend that is or are just interested in the history of someone who probably isn’t as well known as he should be, Blips on a Screen is an excellent and fun read for all ages.

Blips on a Screen: How Ralph Baer Invented TV Video Gaming and Launched a Worldwide Obsession is out now in hardback and is also available as an ebook and audio format.

Review blips on a screen books