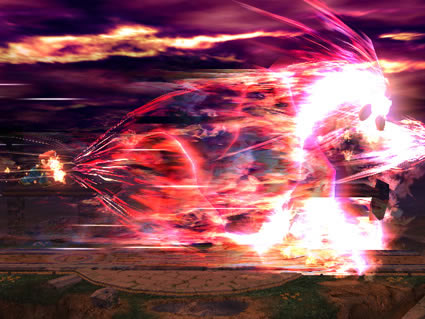 Reggie will be on Game Head tonight at 1am on Spike.  He’ll be discussing a few things—even some info about Metroid Prime 3 and Super Smash Bros. Brawl :)  Check it out:

Watch Game Head This Friday night at 1am — Only on Spike

Game Head plays with the majors present at the DICE Convention in Las Vegas to get their take on the State of the Industry. Reggie Fils-Aime, President of Nintendo America, Shane Kim Corporate Vice President, Microsoft Game Studios and Phil Harrison, President, Sony Computer Entertainment Worldwide Studios, all sit down with Geoff Keighley to talk through their stance on games in 2007.

Can Geoff finally entice Reggie to announce Metroid Prime 3’s online multiplayer capability? Is it even possible to look past Halo 3 to see what else Microsoft has coming for 2007? And who’s opinion really matters to Phil Harrison, the media or the gamer? The answer may shock you! (If you thought the answer was the media.)

Plus! If you picked up your copy of the Hollywood Reporter yesterday, you would have seen the latest addition to Game Head. GameTrailers!

This week Game Trailers host, Amanda Mackay, hits the Interactive Acheivement Awards to talk to Game of the Year winner, Cliff Bleszinski for Gears of War, and a few other industry innovators donning the red carpet. And Daniel Kayser gives us the GT Download: The Most Innovative Games of All Time. Head over to Gametrailers.com on Saturday to check out even more of Game Head’s D.I.C.E. coverage.

Check out the last line in the press release “SUPER SMASH BROS. BRAWL”.  Looks like we’ll be getting some more info tonight!  I hope they announce more characters and another trailer!