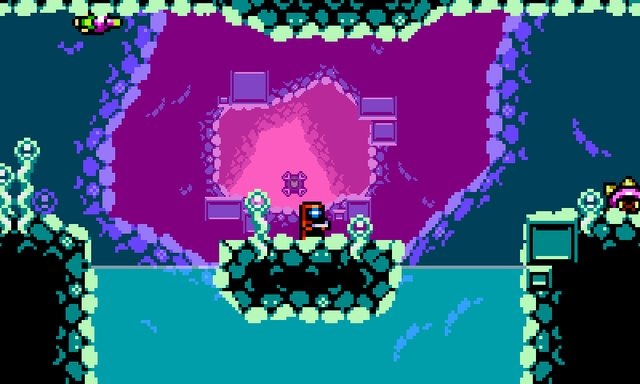 We mentioned last week that Renegade Kid expected to reveal their latest project for the 3DS eShop sometime today. All has been revealed on the mystery project as they disclosed some juicy details to GoNintendo.

Titled Xeodrifter, the game is described as a Metroidvania-style action-platformer and is designed to be something that you can dip into for fun through bite-sized experiences, with plenty of secret goodies to keep the gamers busy.

Renegade Kid’s own Jools Watsham also launched a very interesting developers’ diary, in which he describes his inspiration for and current status of the new title.

The first thing I expect many people might think is, “I thought you were working on Treasurenauts!” Yes, well, I have a confession to make. We were working on Treasurenauts – and it was progressing really well – then, one day I got a bee in my bonnet to make a [Metroidvania] game … it started when I mocked up a 2D demake of Moon Chronicles for fun a while back. It came together much better than I expected, and I really liked how the main little space man turned out. I let that mock-up sit dormant for a few months while we finished up the real Moon Chronicles and also continued to work on Treasurenauts, but the idea of the 2D space game came back to the front of my mind one day.

Xeodrifter is the story of an interstellar drifter traveling the stars on a mission of exploration. In this particular installment of the story, we join our nomad as he embarks on the exploration of small cluster of four planets in the omega sector, after a collision with a rogue asteroid damages his warp drive. A scan of the neighboring planets reveals a number of energy signatures on the planets that may provide the special material needed to fix his warp drive and get back to cruising through the cosmos.

As of today (July 1st), I have completed the layout of the levels to provide a playthrough of the entire game from beginning to end, in rough format. No enemies are functional, but the player can traverse from level to level while I imagine blasting alien scum and collecting nifty power-ups. 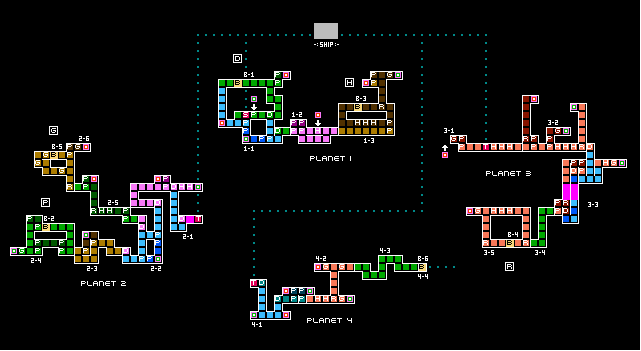 So apart from the news of a new game, fans can rest assured that another of Renegade Kid’s projects, Treasurenauts, has not been forgotten, and development will resume after Xeodrifter’s release.

Are you excited to hear about Renegade Kid’s latest project? Let us know in the comments section!