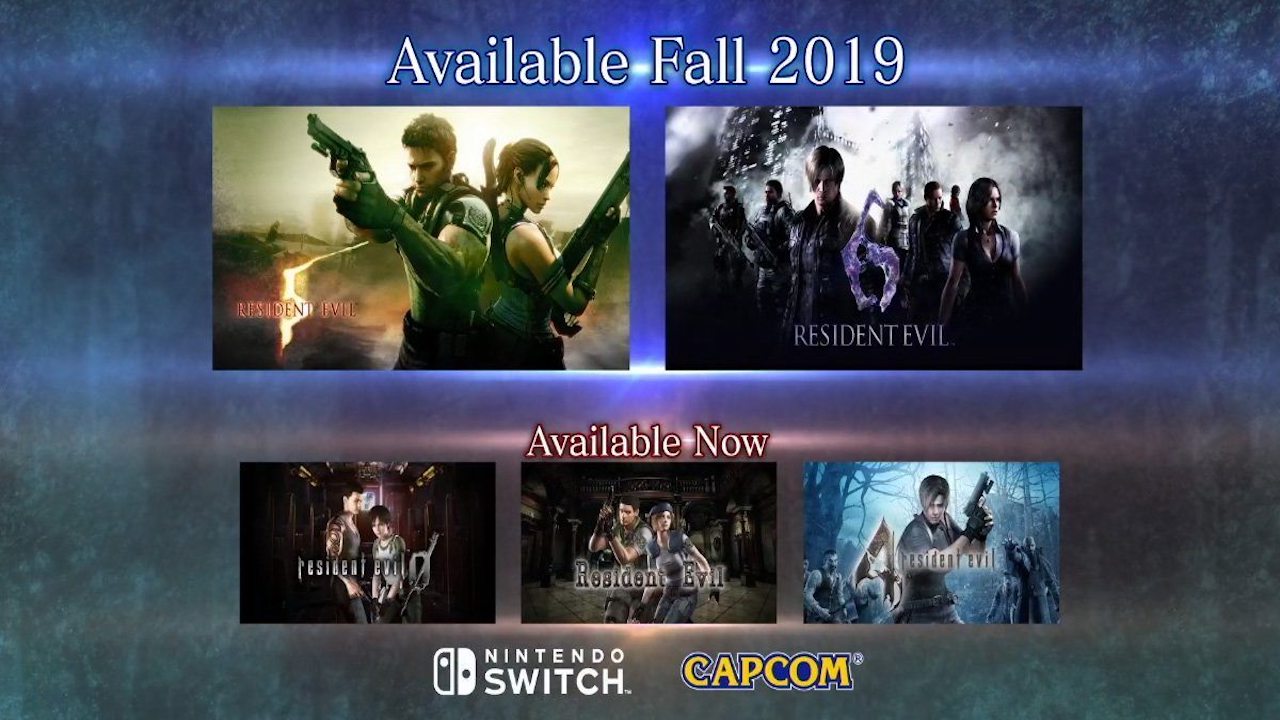 During Nintendo’s E3 2019 Direct it was confirmed that Capcom would be bringing two more Resident Evil titles to the Nintendo Switch this fall, Resident Evil 5 & 6.

Here are the details for Resident Evil 5:

Here are the details for Resident Evil 6:

Are you a fan of the Resident Evil franchise? How many Resident Evil titles do you own on Switch? Will you be picking up either Resident Evil 5 or 6? We’d love to hear your thoughts in the comment section below or on our various social media pages. Be sure to keep checking our news section as we keep you up to date with all things Nintendo at E3 2019.