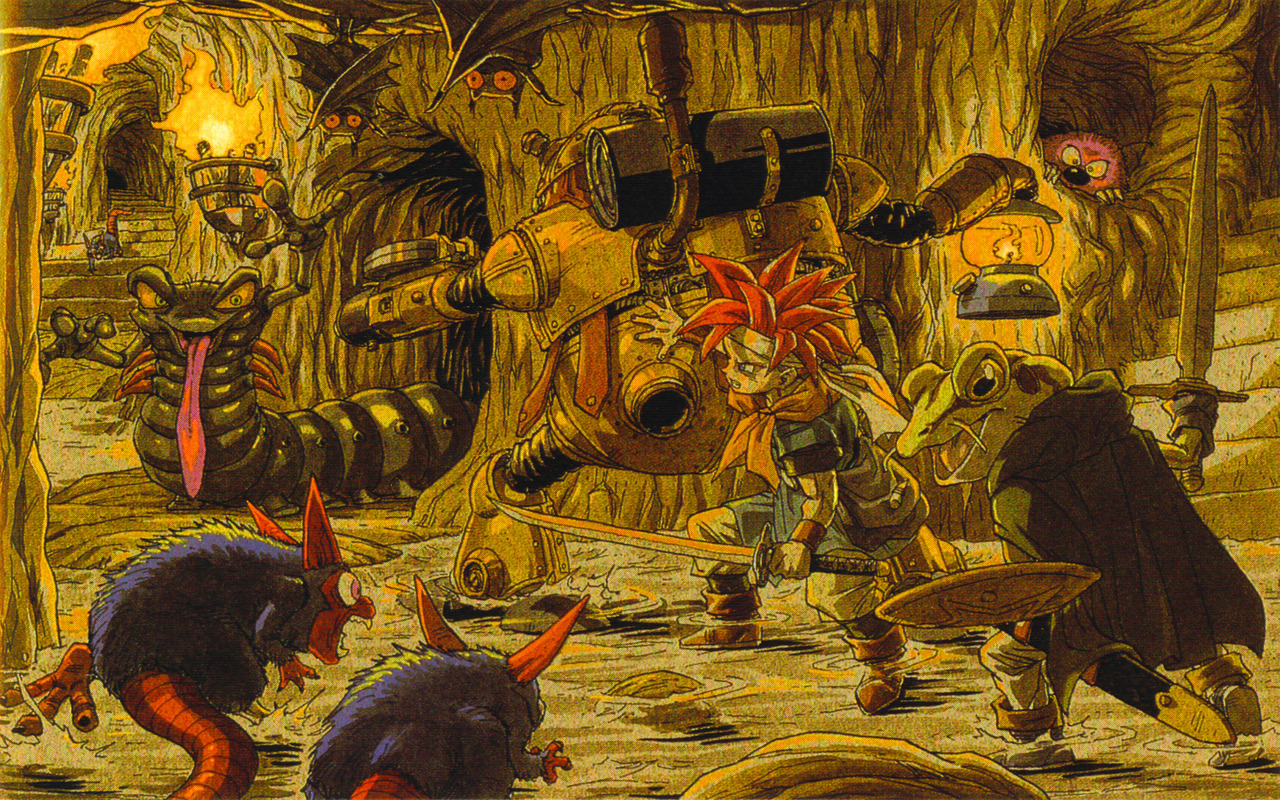 Chrono Trigger is an amazing achievement in the wide spectrum of RPG games throughout the years. Released on August 22, 1995, Chrono Trigger redefined the way we played RPGs. It’s “free-form, dynamic, turn/time based” fighting system is one that has inspired many a game since its release. I’ve recently played through this game and have thoroughly enjoyed every minute. The storyline provides a wide gamut of experiences.

The game revolves around the main character: Crono (or whatever you happen to call him). Through certain events he encounters a great adventure that spans time itself. Travelling through various time periods to stop a threat to the planet is not an easy task. The game can start off kinda slow, but one can eventually become entranced with the many quests throughout each time period. This game is not for the faint of heart. There is a bit of a learning curve, but the controls are very intuitive and can be easily mastered in the first hour of encountering battles.

Speaking of which, the battles are not encountered randomly. Once you enter an area, you are subject to various enemies, but they will not return to those spots unless you leave and come back. This helps a lot when you are leveling your characters up. All you need to do is go into an area (cave, dungeon, or mountain) and fight some enemies and easily escape the way you came in without having to fight the same baddies again.

The feature that makes Chrono Trigger so unique is how it ends..or ends (plural). Since there are multiple time periods, bosses have to be defeated in all periods. The final boss is in many different forms throughout these time periods thus resulting in 13 different endings to the game. It can definitely add to the replay value for sure, and the added challenge to the game.

Overall, Chrono Trigger went above and beyond my expectations of an RPG. It was an excellent game to have towards the end of the SNES’ lifecycle. If you have an SNES, play this game. If you don’t have an SNES, go buy one off eBay.

It is definitely worth it.