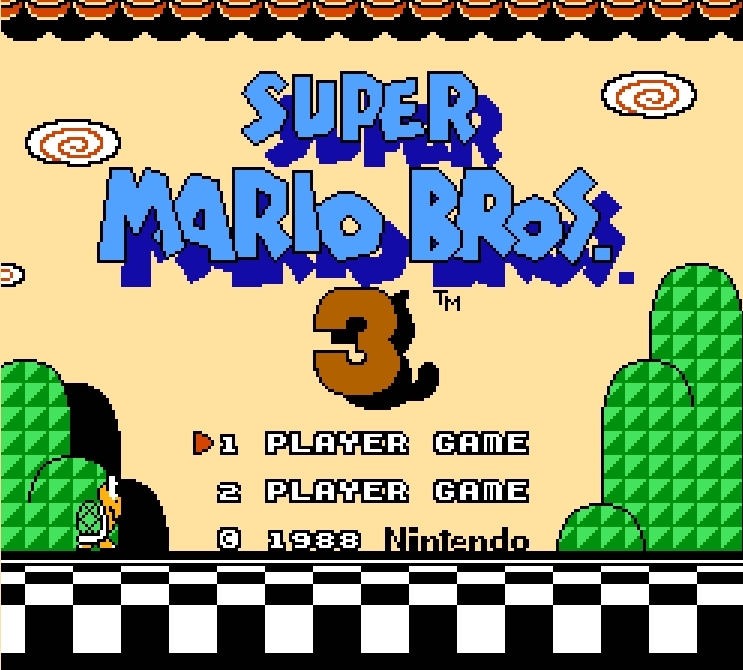 I’m really not sure where to begin with this one. How about this game was a big deal. A BIG deal. If you were around in the early 90’s or just had a taste for “not-so-great” movies, then you might be familiar with “The Wizard”. The story told the tale about some rebellious kids who wanted to get to a Nintendo competition seeing as though the youngest at the group had a gift at playing video games. Yeah, this was one of those movies where the whole thing was designed to sell Nintendo products and we ate it up. We would see things like the NES, Ninja Gaiden, Double Dragon and even the horrendous Power Glove. 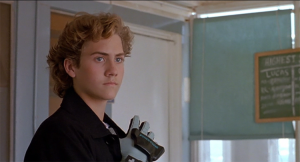 But kids would be blown away when they saw the final game for the tournament. Super Mario Bros. 3. In a way, along with showing more of the Nintendo name, the movie was set up for this exact moment to show audiences the next hottest Mario game. This has been recorded as one of the most successful selling video games not bundled with a system. Need I say more?…oh right I do. Let the curtains be drawn and the review commence!

Our story begins with the Mario Bros. being sent by Princess Toadstool to reclaim the surrounding lands from Bowsers Koopalings and restore the rulers to their original forms by retrieving the stolen magic wands. So in that one sentence, we know that:

Now I’m not sure where the Koopalings came from, but I’m pretty sure I DON’T want to know. And that my friends, is our story! That’s what I love about the plots in Mario games. Simple and easy.

The last Mario platform to be released before 3, was the US release of Super Mario Bros. 2 which was actually a port of a Japanese title named Doki Doki Panic. Same game, but with Mario characters. This time we’re back to good old fashion platforming the Super Mario Bros. way!

Right off the bat, Mario veterans are presented with something the likes they’ve never seen. A world map. Gamers would now have an idea on how much they’ve progressed or how much further they have to go to reach the castle. Not only that, but there seemed to be more of a non-linear aspect to this game. While you are given a pathway to follow, there may be an occasional fork in the road that can either lead to a bonus house, or a shorter path to the goal.

In each land, the Mario Bros. are faced with a fortress in which defeating it would not only allow you to advance further, but a small gate would be destroyed to make traveling around the map easier.

One of the great things about the world map, other than its visuals and music, is its size. While the first map all fits on one screen, the rest of the worlds stretched across two screens or more, adding more to the immersive atmosphere of the game. Each land has their own particular theme such as Grass land, Desert land, Water land and so on. These worlds only got bigger and bigger the more you played so get ready for an adventure to remember!

But you’re going to need some help when saving these lands. Its time to power up!

Raccoons Can Fly…Deal With It

In each land, the Bros. can stop by a Toad house to choose from three chests to receive a random item. These items can then be used on the world map so you can come prepared for some of the more difficult levels.

The original three power ups, the mushroom, fire flower and star man make a return and can typically be found in most if not every level. But there are some new goodies along the way. Touching the super leaf will give the Bros. Raccoon ears and a tail which allows them to tail whip enemies and fly. After all the years of playing Mario games, I’ve always been puzzled on why exactly a Raccoon tail can make you fly, but hey it lets me fly so I guess I cant complain.

Along your journey you will come across the ever so powerful (not to mention fantastic logo for an already fantastic independent Nintendo Magazine) the P-Wing. The P-Wing can grant Mario and Luigi unlimited flight time throughout the duration of the level granted you avoid taking damage. The only problem that I have with this power up, is its primary function. Unlimited flight through any level just makes the platforming experience pointless and too easy. Now I am guilty of using the P-Wing on some of the levels in the game, but I try to use them as a last resort.

Lastly, are the suits. There are three suits that can give you the upper hand when you need it most. First there’s the Tanooki suit, which is pretty much the upgraded form of the Super Leaf. You still have the ability to fly and tail whip, but now you can turn into a statue to crush enemies or to allow them to bypass you unharmed.

The frog suit is a godsend for underwater levels, as they would become a lot more manageable. Not only can Mario and Luigi swim faster, but they are also more maneuverable. The only draw back is the lack of mobility on dry land as you’re limited to hopping like a frog.

Finally there’s the Hammer Bros. suit. This suit if anything makes you a force to be reckoned with. Not only can you kill pretty much anything including thwomps and boos with hammers, but you can also block fire projectiles when ducking.

It’s a Secret To Everybody

In some levels, you can find alternate paths that will lead you to the warp whistle. This is actually a cameo item based from The Legend Of Zelda. Using the warp whistle will take you to the warp zone where you can choose which world to travel to next. Fun Fact: you can actually get to the last world without even finishing the first one. Can you find both whistles?

Super Mario Bros. 3 is a fantastic game that was by far one of the top titles for the NES. To me, it’s proof that Nintendo was willing to try something different with their beloved IP in Mario 2 and by learning from that, how to bring him back into the action! Filled with fantastic platforming, worlds that only grow larger and fun power ups along the way, this is a Mario title that belongs in any Nintendo fans collection.

Be sure to pick up the digital copy on the Wii U and 3DS upon their release. I know I’ll be double dipping for both.