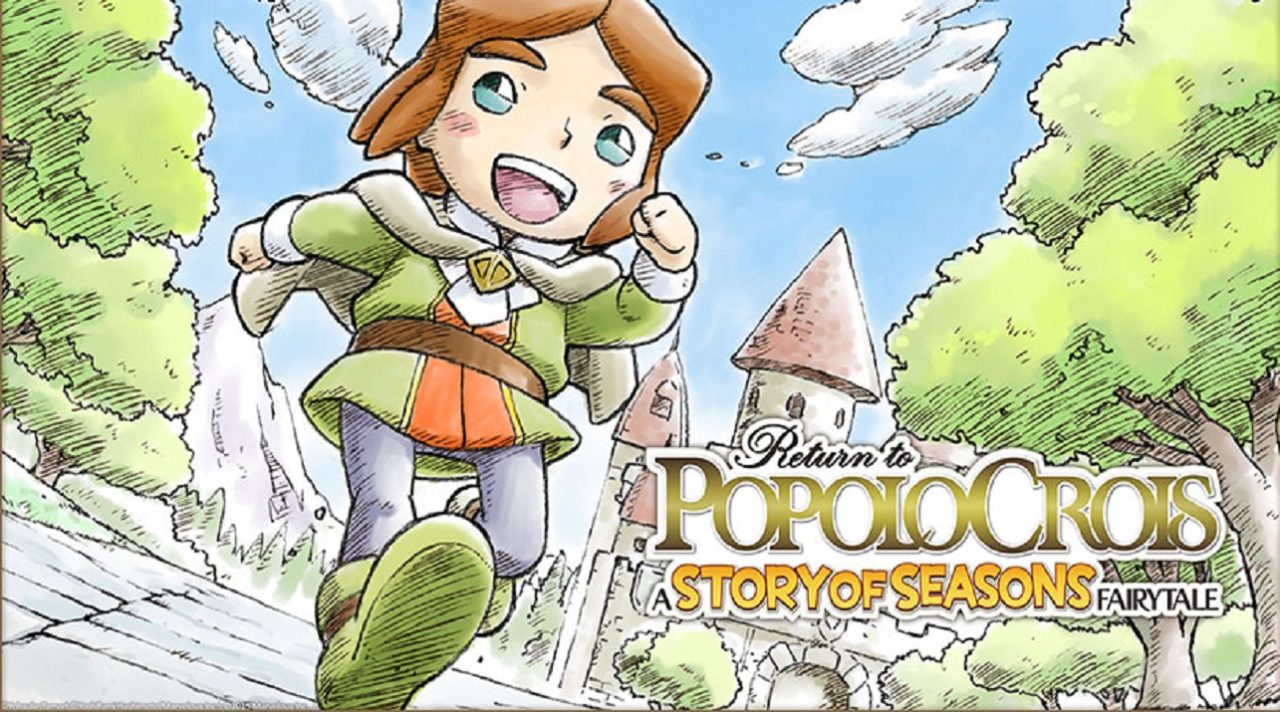 The PopoloCrois series may be something of an unknown to Nintendo gamers.  Based on a Manga comic, the prior games were Playstation exclusive, and mainly limited to Japan.  Story of Seasons however is a popular 3DS game, one that scored an 8.5 from us last year.  How do the two mesh in Return to PopoloCrois: A Story of Seasons Fairytale?

The lead character in this adventure is Pietro, a 13 year old prince. He’s out to solve the mystery of the black beasts that have been poisoning the soil, making farming a wasted labor.  I thought it was a fairly intriguing premise, yet it proved slow to grow into anything substantial.  Rather than gripping me at the outset, it rehashed prior, unknown experiences from past entries.  I don’t wish to say too much for respect of spoilers, but overall I found the story pretty clichéd, with surprises that were foreseeable.

Once you hit the second chapter however, things start to pick up.  You’ll take possession of a farm  where you’ll soon start introducing animals.  Later farms allow you to grow a wide variety of seasonal vegetables.  Eventually you’ll be collecting bugs, quarrying for valuable minerals, and more.  These are arguably just as interesting as the main quest, if not more so.  There’s a good number of things to discover and keep you occupied.

Much of your enjoyment for the main adventure will likely depend on your reaction to the cast of characters.  They are a fairly basic lot of RPG clichés.  I found them slightly dull and underdeveloped, save a few exceptions.  They’re generally likable and upbeat, but with kids comes juvenile humor.  There’s also a relationship aspect that feels half-baked, with awkward childish flirting.

Part of this no doubt stems from the overacted voice work.  I give props for localization, but the English voices are really nothing to write home about.  Worse is how sporadically the dialogue is handled, alternating from spoken to silent, even within the same conversation!  It gives a jarring, unfinished feeling, that took me a while to get beyond.  Combined with a monotonous soundtrack lacking standout tunes, the overall audio package (even with two Japanese voice tracks) is surprisingly average.

Thankfully there’s various above average elements.  The combat is rather good for one, with the neat option of adjusting the encounter rate.  I like how the angle of attack impacts the rate of damage, and how environmental obstacles factor.  Battling is most interesting in Field Dungeons, where you shrink to the size of an insect ala Minish Cap.  The amount of content isn’t an issue either with a 20 hour campaign.  Replay incentives include numerous side quests, and cool synthesis machinery that lets you mix objects to create hundreds of new ones. There’s also a StreetPass treasure hunt feature.

RPG’S usually make for challenging reviews since there’s so much more that could be talked about if not for space restrictions. Hopefully though some of my personal pros and cons have come across in an informative fashion.  I can’t recall any real wow moments with Return to PopoloCrois: A Story of Seasons Fairytale, but more often than not I was reasonably entertained.  This 3DS exclusive has some definite charm, but I question if it will have as broad an appeal as other 2016 RPG’S.  Some might want to learn more about the franchise first, but PopoloCrois fans will likely think this is a fine entry.

I can’t recall any real wow moments with Return to PopoloCrois: A Story of Seasons Fairytale, but more often than not I was reasonably entertained.