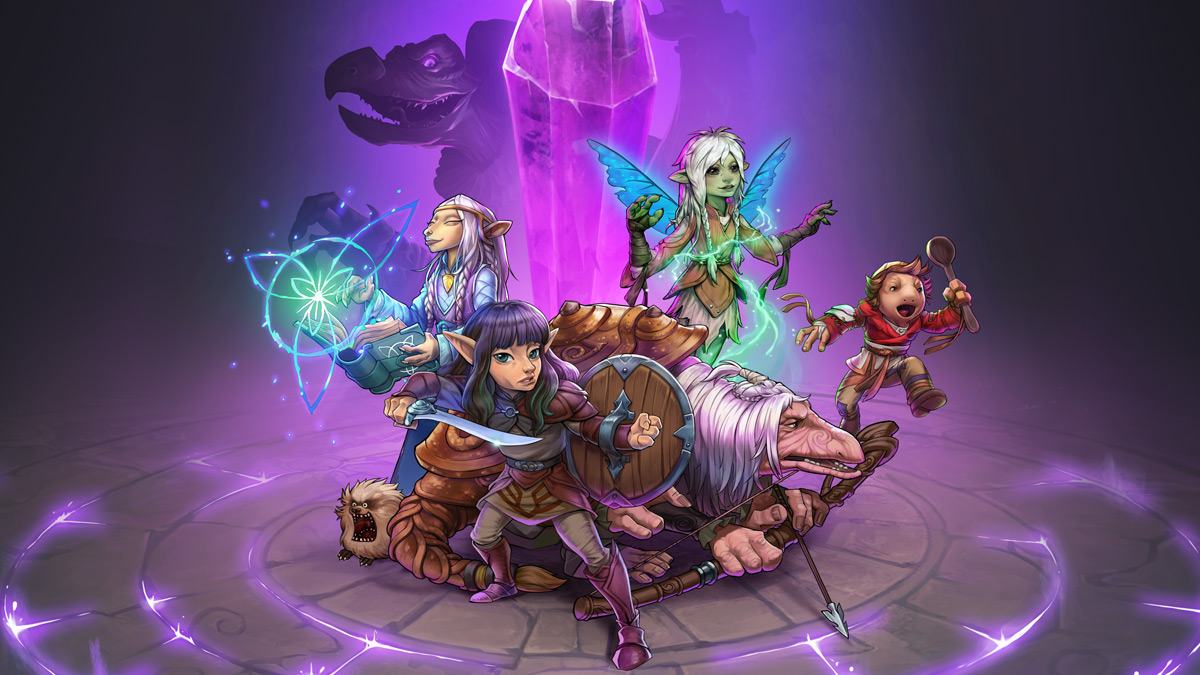 "By Gelfling hand or else by none."

The Dark Crystal: Age of Resistance Tactics is a tough game to critique because of the multiple angles from which you can approach it. Does it work if you’re a fan of the Netflix series but not of turn-based strategy games? How about the opposite? Or both?

For clarity, although I saw the original movie back in the day and started the new Netflix series upon picking up this review, my main interest here is in the tactics genre. You could put out a turn-based strategy game featuring characters from pretty much anything other than The Bold Type and I’d at least give it a shot.

I’m not going to dig too deeply into the story of The Dark Crystal: Age of Resistance Tactics because it very closely follows the new Netflix series. I will tell you that you mostly follow a Gelfling named Rian who—after level one—discovers a dark truth about the Skeksis, the planet’s supposed protectors. From there, Rian must convince his people of what he’s seen and build up a resistance to save their people. As with the series, this all serves as a prequel to the 1982 movie.

If I tell you anything more I’ll likely reveal spoilers for those who haven’t yet watched the show (and you should). Many of the battles are pulled directly from sequences in the series, but some are also used to fill in gaps; plot points that are only discussed in the show become full levels in the game. That’s pretty cool. 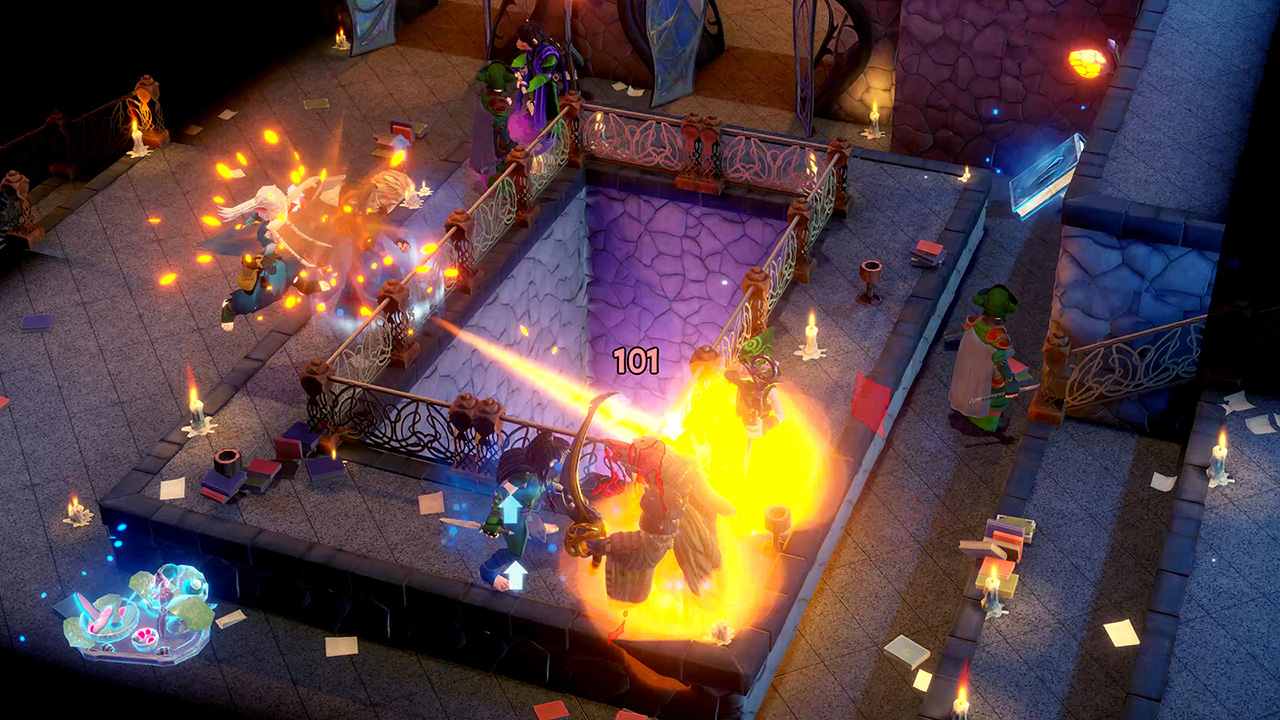 The series has a massive cast of characters, many of whom appear in the game as other controllable characters or NPCs. This is where having a distinct knowledge of the source material is helpful as the names and faces will otherwise prove confusing. On the other hand, fans of the show will enjoy it when they finally get access to a favorite character.

To the game’s detriment, there are no cutscenes or animations to help introduce you to anyone or even to the story. Rather, the narrative is presented solely through text and static images. The developers do a fine job with that, but I feel they missed an opportunity by not taking advantage of the show’s amazing visuals and voice work.

I mentioned earlier that the appeal of The Dark Crystal: Age of Resistance Tactics, for me, is the tactics. This approach is certainly a huge improvement over the normal movie tie-in games we’ve seen, and Bonus XP has done well with it. There’s nothing here to push the genre forward, but I’m not sure that’s necessary. What we get is a straightforward strategy game that turn-based strategy fans will immediately find comfortable. 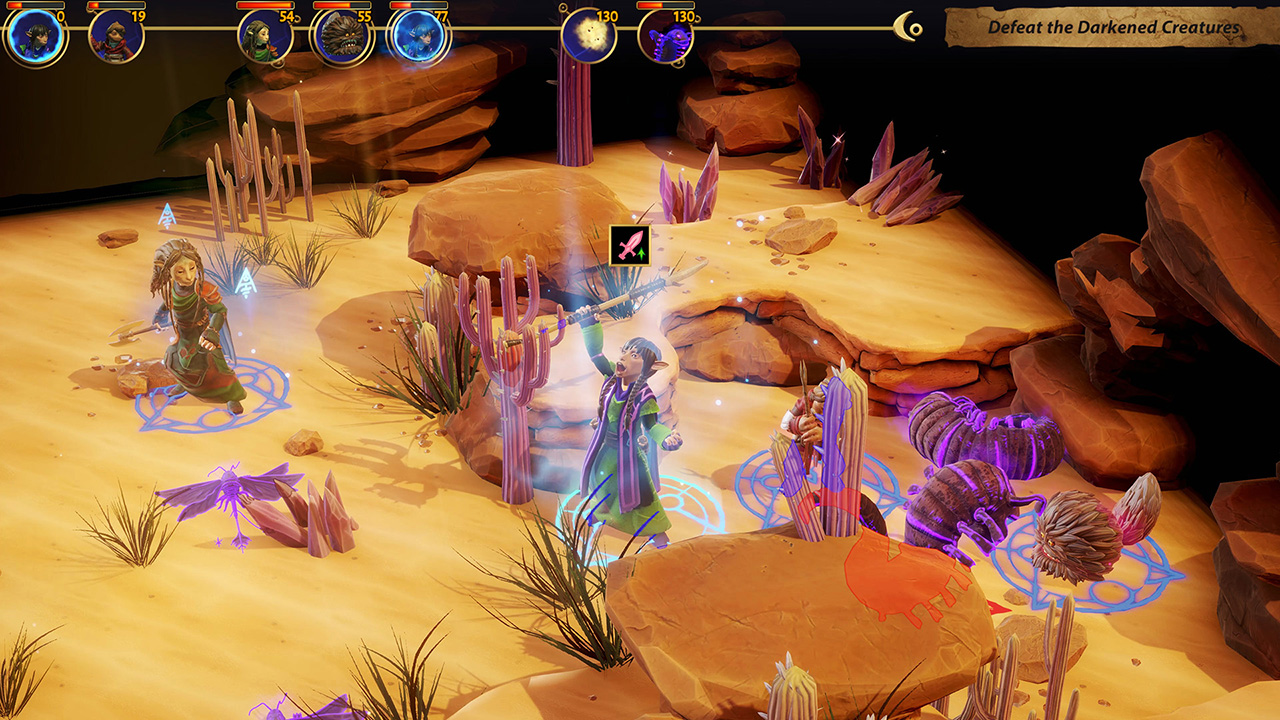 The Dark Crystal: Age of Resistance Tactics starts things off easy, introducing you to the game’s design and controls. Combat happens in turns, and you can see the timeline of who moves when. You’re given the option to place your characters within their movement range on the game grid and then execute a command: attack, buff, defend, heal, etc. It’s rare that a single attack can take out an enemy, so you’ll need to consider placement and upcoming turns when deciding what to do. Fans of the genre will be able to hop right in, but those new to it will quickly learn that if you just hack away at your enemies you’re going to lose very quickly. Thankfully, if one of your characters is incapacitated on the grid, that doesn’t mean he/she is dead. As long as one of you gets out standing up by beating all the enemies, getting to the escape point, or whatever the objective is, all will move on to the next level. That makes things considerably less stressful than, say, Fire Emblem (when you’re playing Fire Emblem the way God intended, that is). 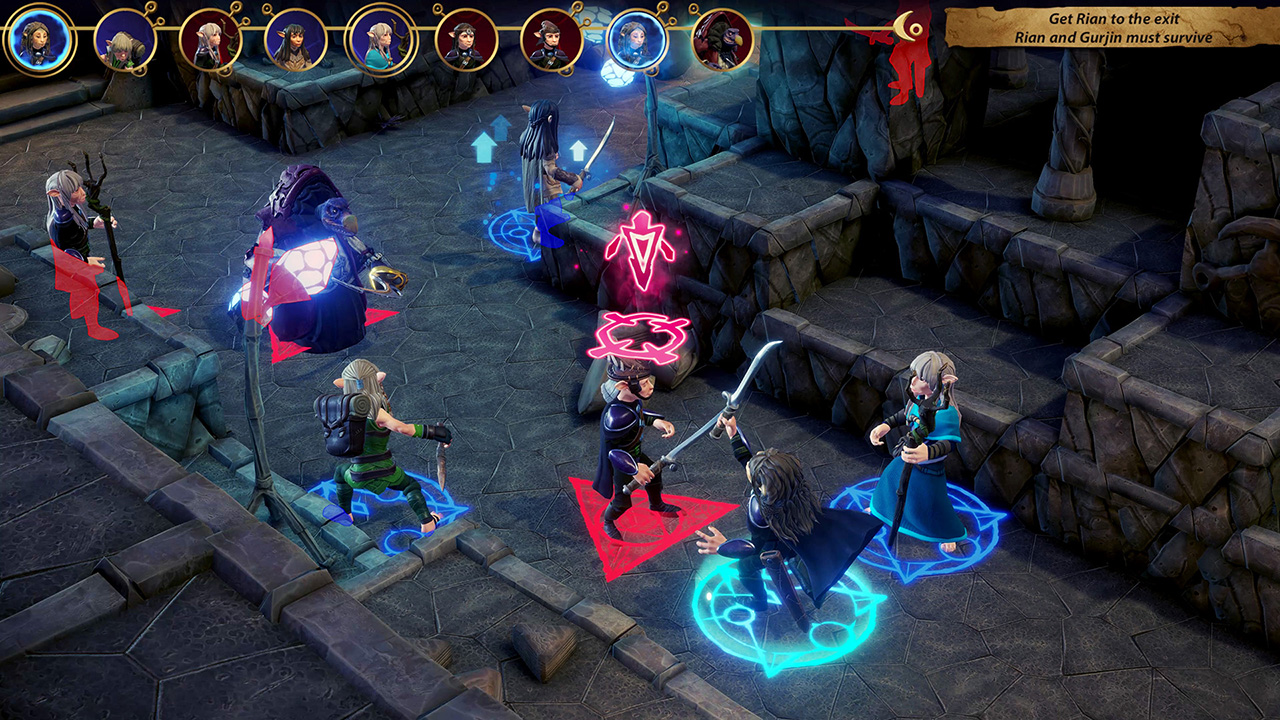 Between levels you’re given the opportunity to upgrade your character through his/her job path, equip better gear, buy potions and weapons, etc. There’s not a lot of complexity to these systems, so it doesn’t really interfere with the game’s progression. And although there are multiple characters to play, most share similar skill sets within their job. After a certain point you can branch off into a second job, allowing you to really direct your favorite characters down a path that makes them useful regardless of the situation.

The problem is that most of the levels in which these battles take place run together. Although they’re strewn across the diverse landscapes of the TV show, the only differences between most battles are the props and the color palette. This makes playing the non-chapter levels a bit of a chore, as you’ll really just want to push ahead to the superior boss levels or those that change up the requirements. Sadly, you’re going to need the free levels to get your characters powered up enough to win those boss battles. 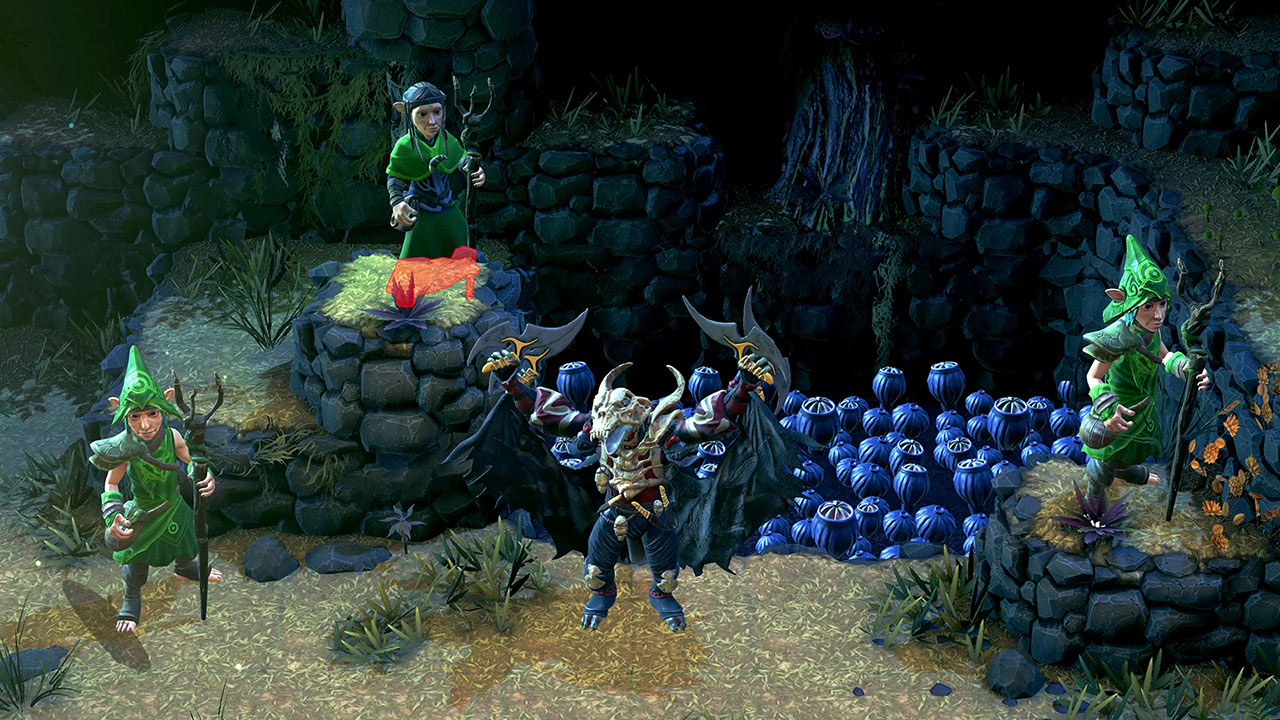 Another important aspect of the gmae’s boss battles is that they give you something new to look at. Beyond costume color, there’s little to distinguish one character from the next in The Dark Crystal: Age of Resistance Tactics. When you’re up against someone (or something) a little more important, however, the unique design really stands out.

So, who is this game for? Who will enjoy it? If you’re not a fan of turn-based tactics games there’s likely not enough here to win you over to the genre. Fans of the show may play it longer than they would a similar game with characters and places they don’t know, but it won’t win them over if strategy is not their thing. 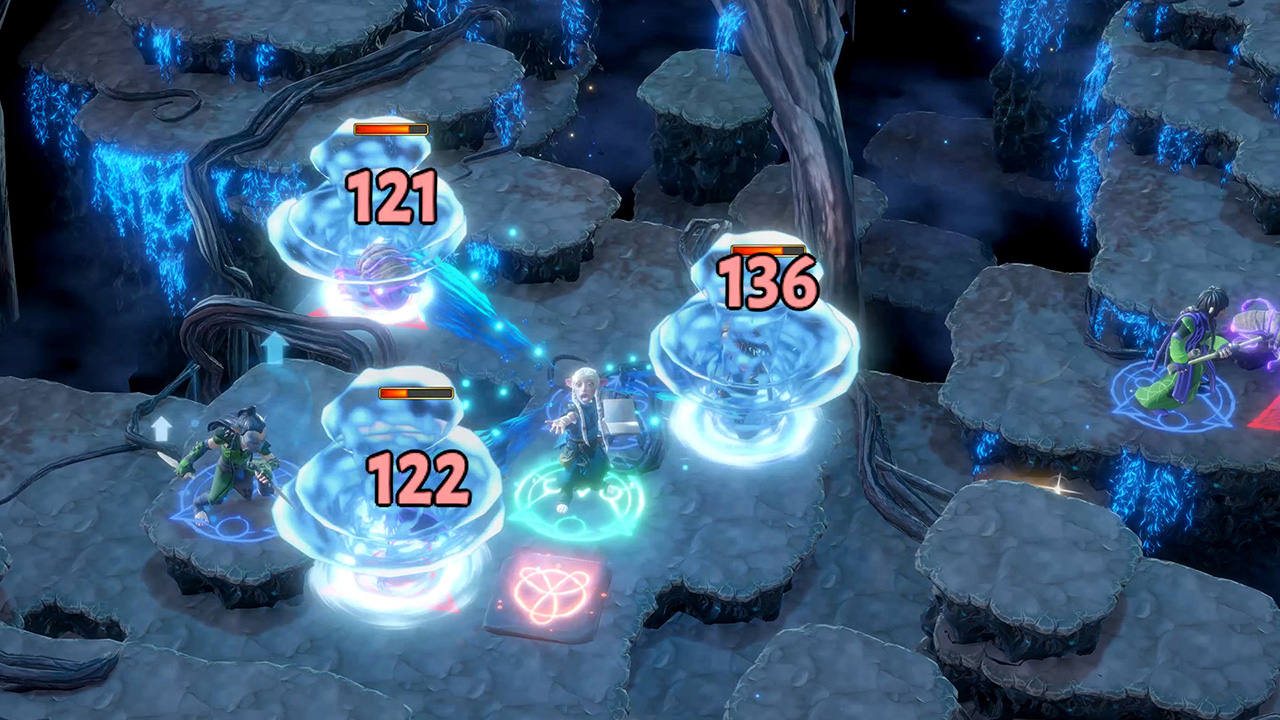 On the other hand, if you enjoyed Switch games such as God Wars and Super Dungeon Tactics and are looking to push your way through something similar, The Dark Crystal: Age of Resistance Tactics is more than worth your time.

Fans of both the show and the genre? You’ve got my full blessing to buy this game now. It isn’t merely a franchise cash-in, but more of a reward for the show’s fans.

The Dark Crystal: Age of Resistance Tactics doesn’t do much to stand out from other turn-based tactics games, but it treats both the genre and the show—and therefore the fans of each—with the respect they deserve.