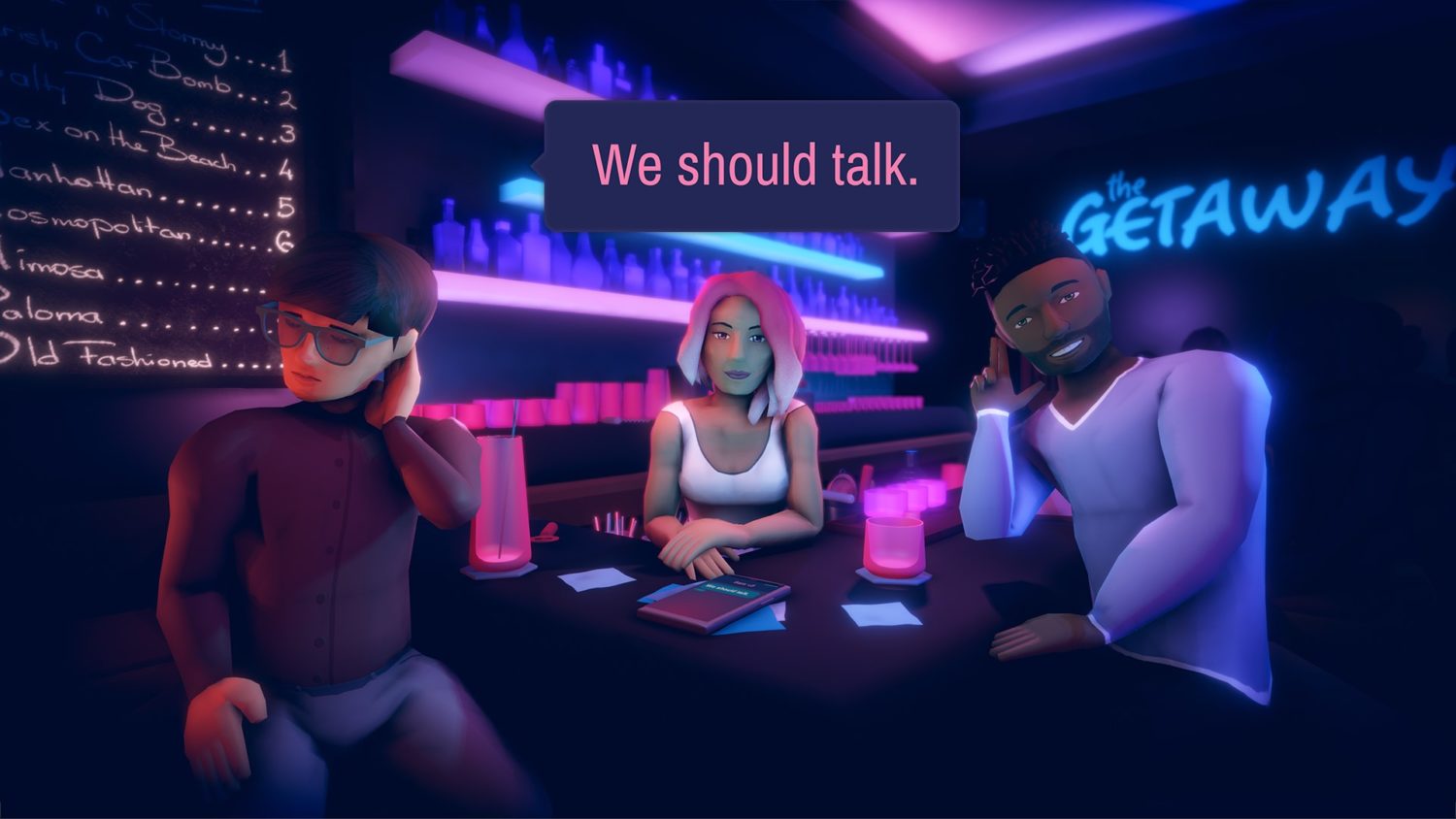 We Should Talk is a simulation communication adventure game. This type of gameplay is a first for me, so let’s see if it’s worth the $6.99 asking price.

If you are like me you’ve probably said something to someone without putting much thought into it. Then looked back on the conversation and wished you would have said something different. Luckily in We Should Talk you can do just that. Players can choose the word choices before responding. 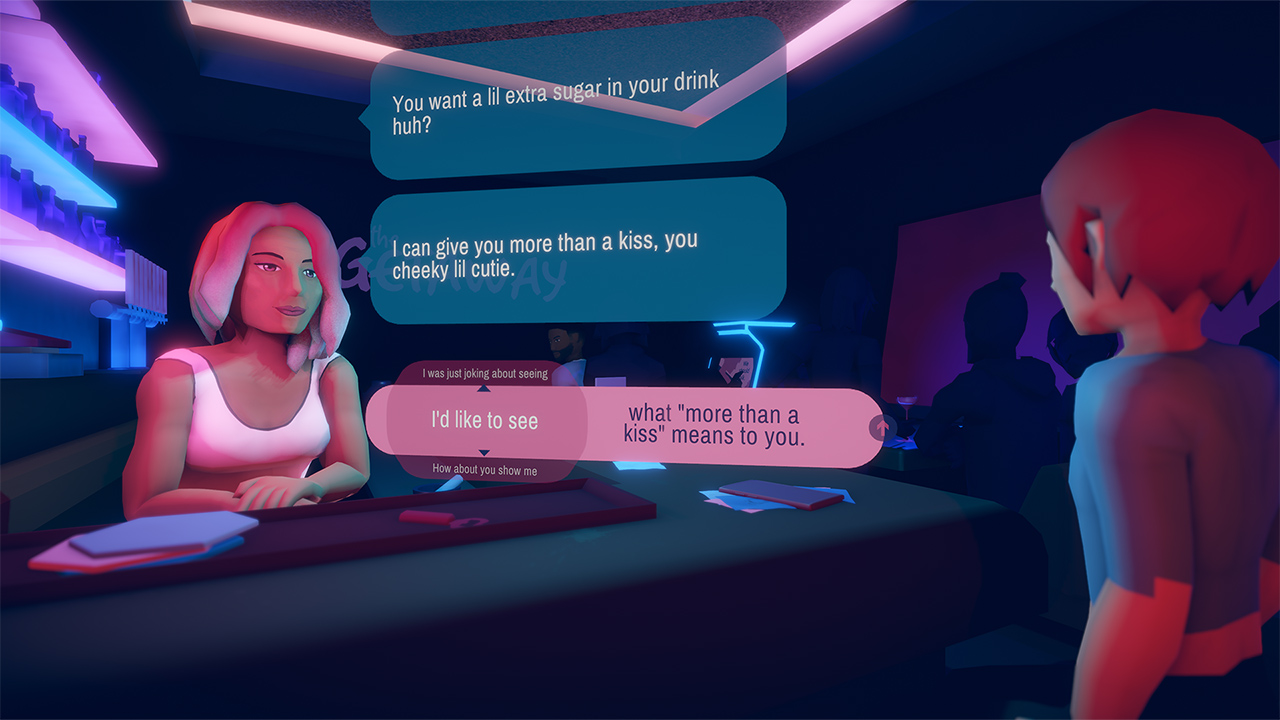 You play as a young woman; within seconds of playing the main things you learn is she apparently likes to chill at the local bar fairly often. The story begins with her ordering a drink from the bartender. After a brief conversation, the bartender points out two other people in the bar who seem to want to talk to her. They are her ex-boyfriend Dante and a stranger who seems to have taken an interest in her.

As the conversation continues between those within the bar you are also simultaneously communicating through text, with Sam, your potential girlfriend. Well, that is if you really want her to be. Depending on your response to each character, these conversations can affect the overall story substantially. Conversations can go any way you choose. Although I didn’t come across the option to flat out ignore anyone in conversation you can be entirely rude to them. 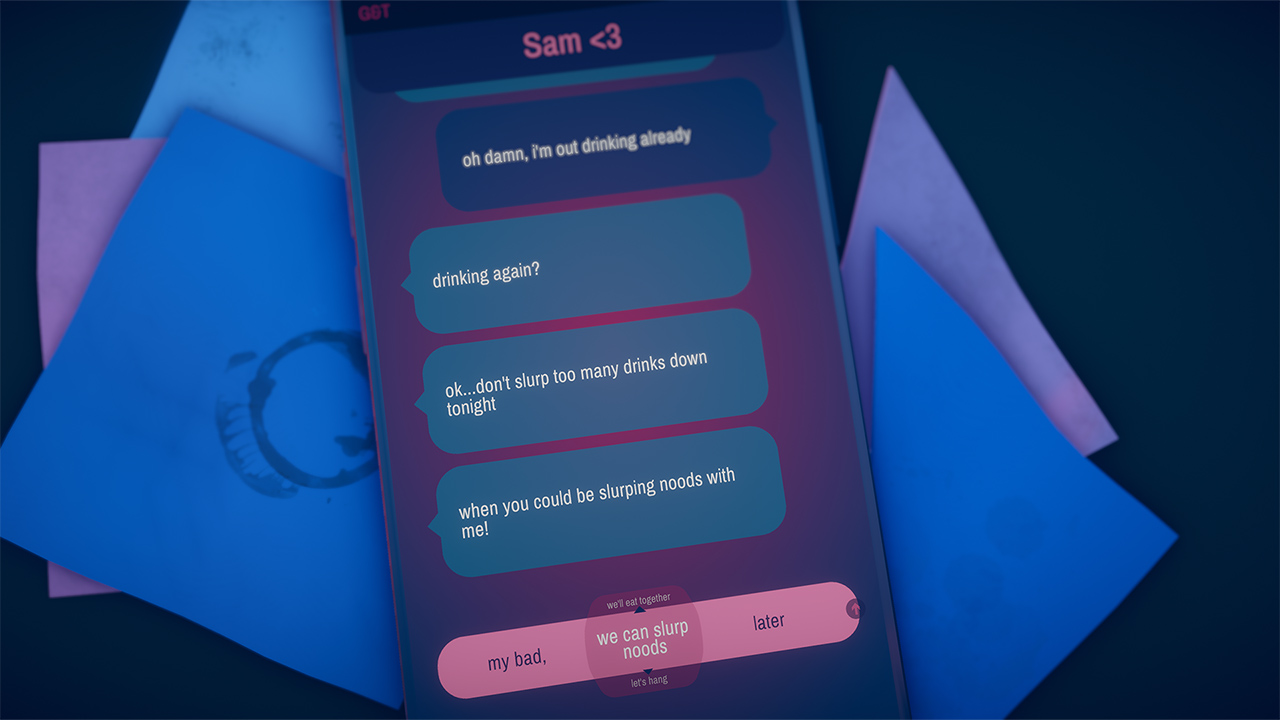 Each playthrough takes roughly thirty minutes to complete. While that might not seem like much, there are several outcomes for the game’s ending. You can be kind to a character and even end up with them, or you can completely blow them off. I enjoyed being rude to people; just giving them harsh responses was somehow enjoyable and, at times, resulted in some funny dialogue. Although, being nice was also fun and rewarding in itself. 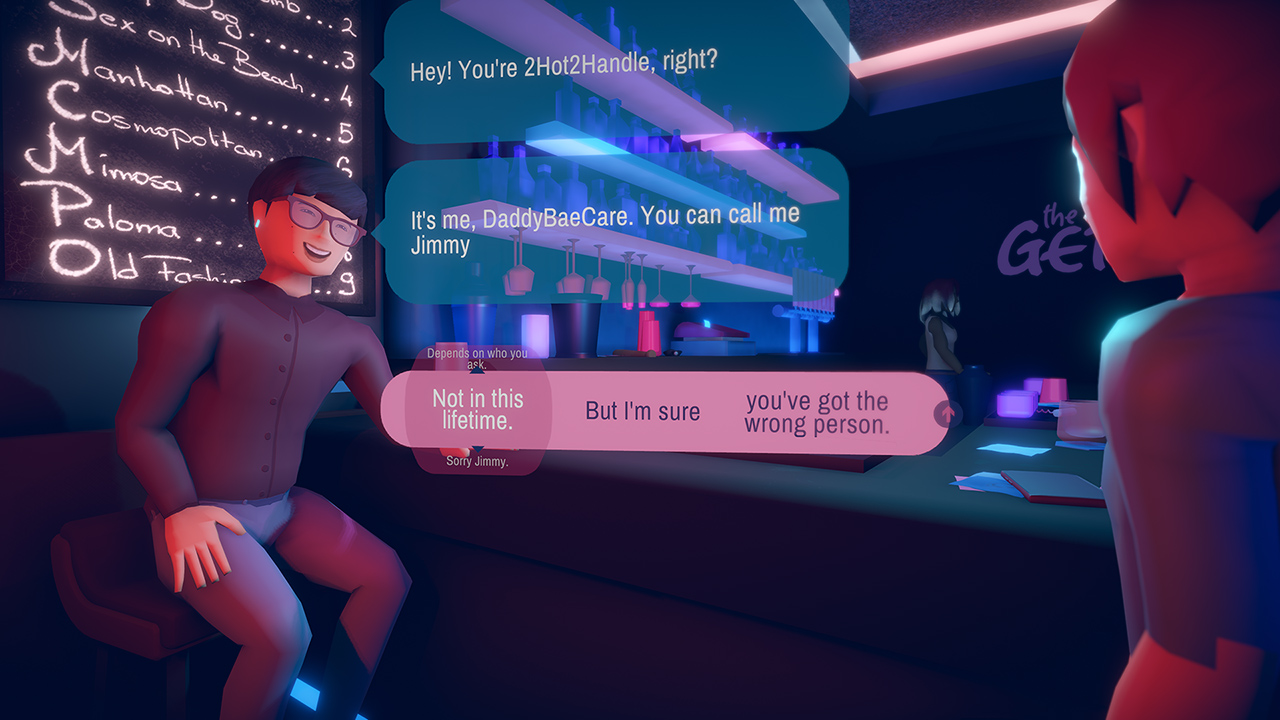 While the graphics are not the focus of the game they are decent enough. The background music is kind of catchy but not distracting from the game. The songs do an excellent job of setting the mood.

My first several playthroughs, the game would freeze about halfway through. There has since been a patch that allows the player to complete the story.

Review Indie We Should Talk