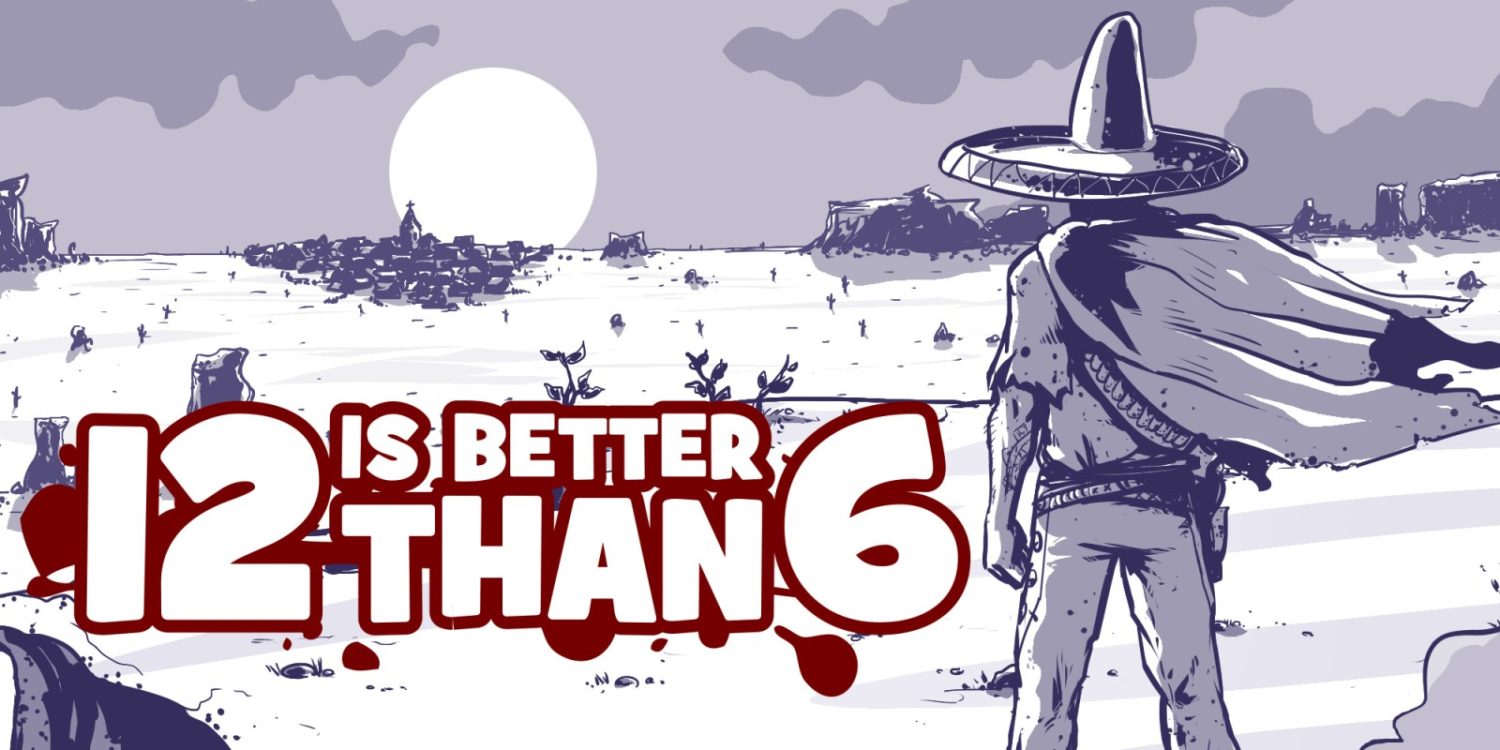 12 is Better Than 6 for the Nintendo Switch is a twin-stick shooter developed by Ink Stains Games. Set in the Wild West of 1873, you guide a nameless gunslinger known only as the Mexican as he shoots his way through a completely hand-drawn, top-down environment. It’s a simple yet addictive premise that also offers plenty of entertainment.

The game follows the story of the Mexican, a man with no memory of his past. He breaks the shackles of slavery and makes his way through the badlands of the Wild West in search of himself. On the road to salvation he comes across various interesting characters. He’s not afraid to get his hands dirty, seeming to prefer to take on hordes of enemies with a gun than to talk it out civilly. 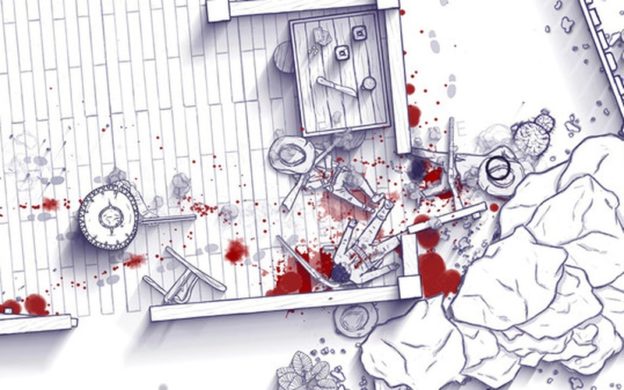 The story unfolds through chapters. Each chapter is generally a short affair with a specific goal, usually to collect something and/or get to a certain point within the playing area. These goals tend to be on the repetitive side, but it’s not particularly noticeable since the search isn’t the main challenge of the game – it’s how you get there.

Every section is littered with bad guys, all cradling weapons and itchy trigger fingers. Sometimes there are multiple paths to your goal, which allow you to choose between a stealthy exit past sleeping guards, or bursting through in a blaze of glory. Both options will be tricky; both will probably result in your death at least once; but both are fun to accomplish.

Despite the short chapters, 12 is Better Than 6 is actually a tough little game. This is the Wild West – there’s no health bar here. If you’re shot, you’re instantly dead, as displayed by giant blood-soaked letters across your screen. Thankfully, you can replay scenes over and over (and over) again, and there’s no death tally that I could see. It’s also quick to respawn, making it exceedingly easy to have one more go. 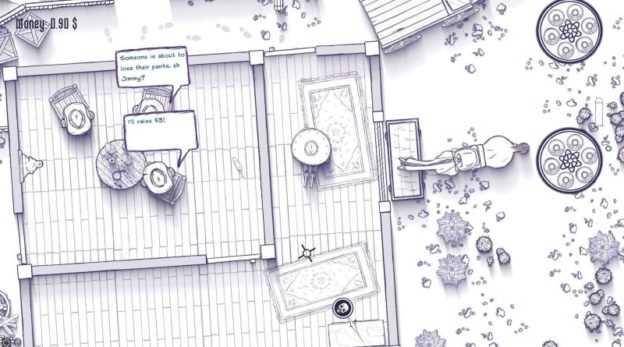 The well-designed environments are easy to navigate. Most are made up of clear paths through saloons and other buildings, past horses, around rocks, and various other debris. The top-down perspective works well, particularly with the hand-drawn aesthetic, adding a soft black-and-white scheme that’s starkly offset by the red of your victim’s blood. Or your blood. The soundtrack complements this visual side perfectly, offering simple electric guitars that ebb and flow, building up the pace to ensure a quick pulse before every encounter. It’s quite well done.

There are many enemies to slaughter in this game. And it’s honestly a lot more fun than I expected. There’s an element of reality here, since you need to cock your weapons before firing. You have limited ammo, so picking up any leftovers from your fallen enemies is an absolute necessity. They’ll drop different guns too, so you can try out a shotgun or various other shooters. You’re also gifted with a knife, dynamite, and (later) a bow and arrow, adding to the variety.

This game might be a little on the dark side, but it’s also peppered with moments of comedy. Along the way you’ll meet entertaining characters, from bartenders to smugglers, and all sorts of nasty folk. The content is not one for a younger audience though; apart from the high level of violence, there’s a fair amount of cursing during conversations. 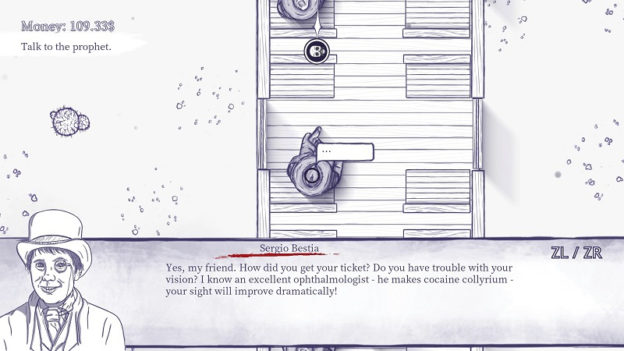 A few bumps stop 12 is Better Than 6 from being perfect. For example, some of the text doesn’t quite fit on the screen. The menu leaves a lot to be desired; it’s not particularly user friendly, nor does it offer much in the way of settings or options. The game also froze a few times while respawning after dying. I did die an awful lot though.

Overall, I was genuinely surprised by how much I enjoyed 12 is Better Than 6. The quick, intense battles coupled with a great soundtrack and visuals creates a fun experience. With a few tweaks it could be even better, but as it is, I highly recommend this game to anyone looking for something unique in the twin-stick genre.

12 is Better Than 6 provides quick, intense battles coupled with a great soundtrack and visuals. I had an enjoyable time in the Wild West – much more than expected. A few tweaks could go a long way, but as it is, I highly recommend this game to anyone looking for something unique in the twin-stick genre.