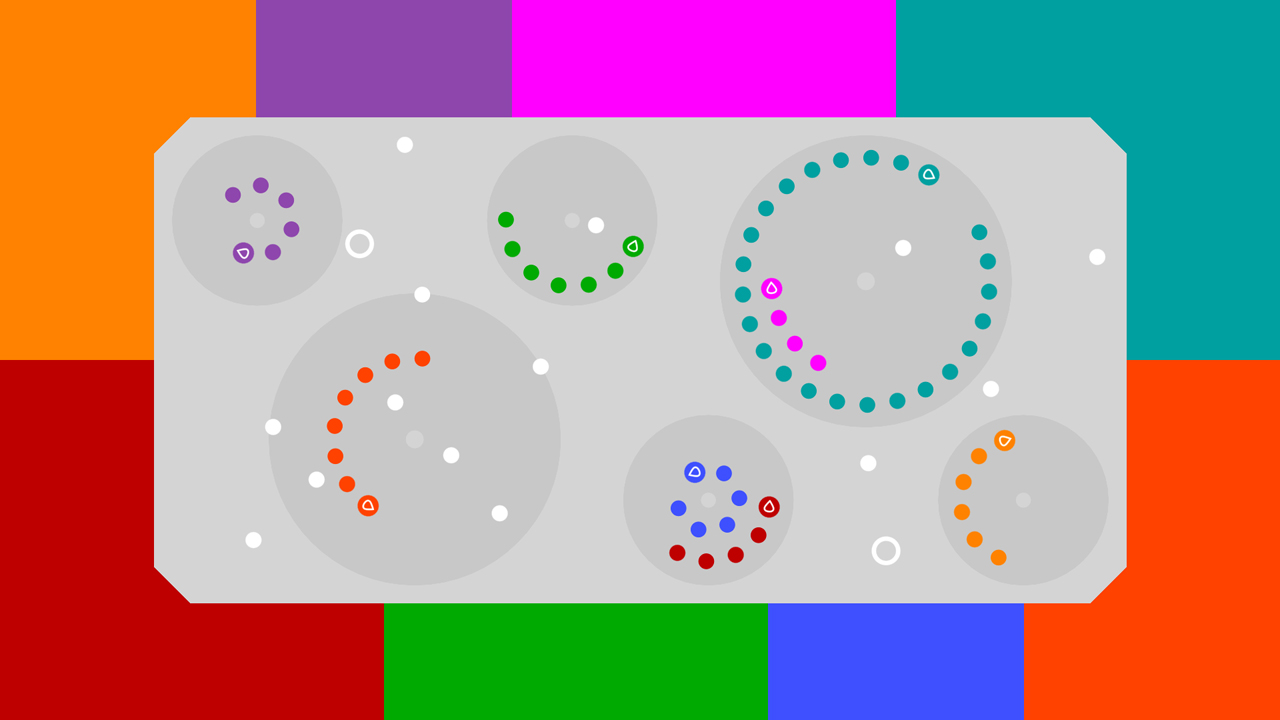 The Nintendo Switch is a great system if you’ve got a few friends over and want to play some video games. But what if you have, say, 11 friends over? You certainly don’t want those at the bottom of the invite list to feel left out, and that’s when you turn to a game like 12 Orbits. The titular digit refers to the number of people who can play the game simultaneously on one Switch system, but can it keep them all entertained?

To answer that, I want to take you back with me to 1981 for a moment. That’s when my younger self received SNAFU for the Intellivision system. A snake game, SNAFU simply provided various ways for two players to trap each other (and up to two computer-controlled “snakes”) inside their walls like the Light Cycles in Tron. The game was incredibly basic, and the graphics were so rudimentary that you couldn’t even call them “charming.”

Still, SNAFU had two important things going for it. First, the music was arguably the best of any video game available at the time (totally worth looking up). Second, the gameplay was so simple that newbies could pick it up and start challenging veterans within a matter of minutes. Develop a strategy, then tap to turn.

That second benefit is exactly what you get with 12 Orbits. Gameplay involves just one button. One. You can assign that to be nearly any button on your Switch, so it’s possible to gather 12 people around one system and let everyone play even in portable mode, provided none of the participants have issues about personal space.

What they’ll attempt with that one button is to control the direction of their orb so it acquires more orbs. You do this by bumping into the white balls on the playfield, which turns it to your color (or character, if you’re playing in colorblind mode). 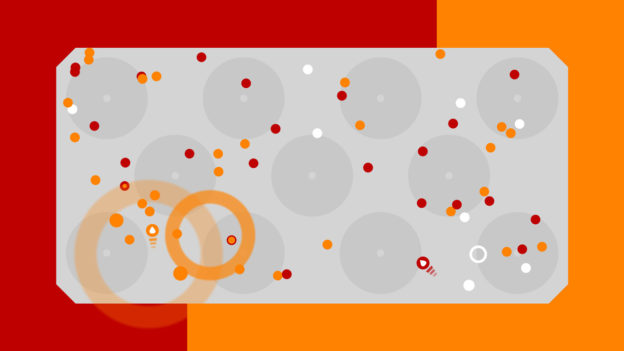 In the default game, players are out if they hit a ball of your color. 12 Orbits gives you only two ways to prevent this from happening. If you tap your button when outside one of the dark gray spheres on the playing field you’ll dart forward quickly and can pass through any objects. If you tap your button while in one of the spheres, you immediately start to orbit inside of it. This is handy not only for collecting balls inside the sphere but also for changing your direction. The only other method of doing so is to bounce off a wall or one of the objects that won’t kill you.

12 Orbits provides 20 gameplay maps that can be used in any of the game’s 4 play modes, including a snake-style game similar to the aforementioned SNAFU and one that’s kind of a bizarre cross between dodgeball and hockey. 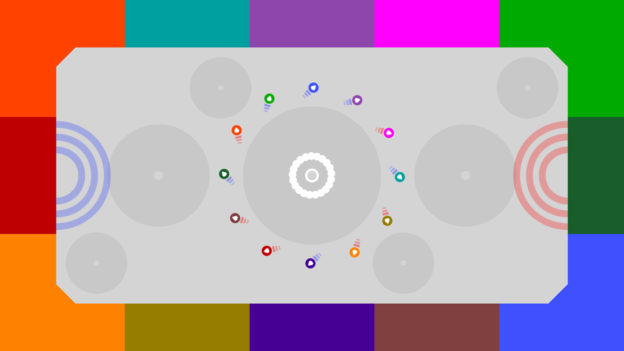 You can also play cooperatively or competitively, and even select different modifiers to help keep the game fresh. You’ll eventually want to do so. The thing about games this simple for groups to pick up and play is that it’s also simple to lose interest when a group isn’t around. Although you can play 12 Orbits with only two players, the action gets old pretty quickly. On the other hand, when you have four, six or all twelve orbs bouncing around the screen, the chaos becomes infectious. My son and I, therefore, found it more entertaining to set up 12 players even when he and I were the only ones playing. 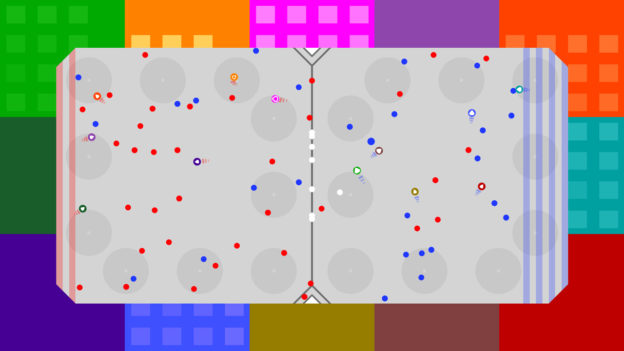 Just having the extra orbs bouncing around the screen kept the craziness at optimum levels, and we were a bit surprised (and ashamed) by how often we lost to players who didn’t exist.

You’re never going to rush home to play 12 Orbits, but at only $1.99 it’s a fantastic game to keep on your Switch for the next time you’ve got friends over for a party. Playing with 12 people may not be optimal in portable mode with everyone crowded around the Switch (where the frenetic action is hard to follow in some game variations anyway), and it’s a shame there’s no online play available. Assign your Joy-Cons to a few pairs of players and let them gather around the TV, however, and the dip will likely get cold well before the fun runs out.