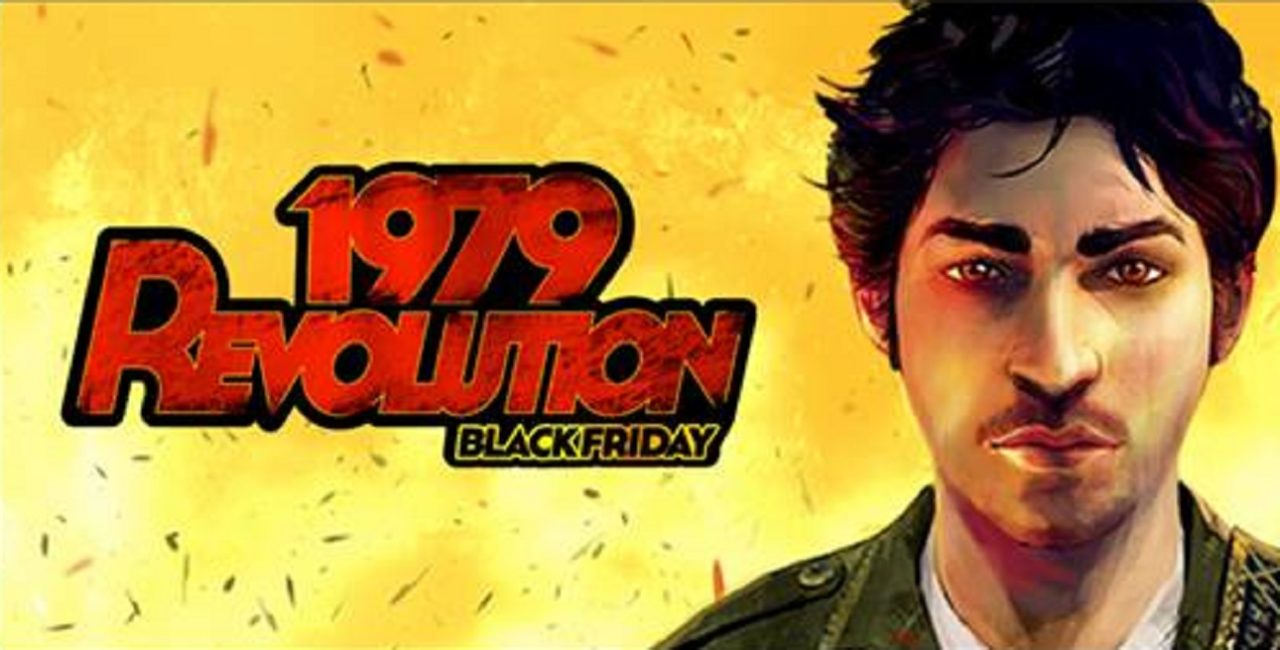 Combine a documentary on Iran’s 1978 – 1979 political revolution, with a family drama and you have 1979 Revolution: Black Friday, a short but powerful narrative-driven game. This is an experience you’ll spend most of your time watching, only occasionally using the controller to select speech options, complete quick-time-events, or walk around small areas interacting with objects. Gameplay is light and the entire game is less than three hours long, but as long as you know this going in, there’s an interesting experience to be had here.

The game’s 18 chapters follow Reza Shirazi, a photographer on the side of the revolution who uses his camera to capture Iran’s internal struggles. As you play, you will take pictures of in-game events such as protests and police brutality etc. Upon doing so, the game will often show you real-life photos of equivalent scenes; it’s a clever technique that brings the events to life and immerses you deeper into the story. You choose how much history you want to learn by taking or ignoring optional photograph opportunities and the brief educational text that comes with them.

On the other hand, whether you’re interested in the educational side of the game or not, Reza’s personal story is interesting as it follows his bonds with family and friends and the ways the revolution strains their relationships, testing everyone involved. Differing political opinions within the family put the protagonist in difficult situations and this is where player choice comes in to play. Looking past the unintuitive controls of the speech selection system, and the overly short time window to make choices in, the actions you choose can sometimes drastically affect later events. Oddly, some dialogue options ask for answers to questions that the player couldn’t know the answer to, so instead of making a moral choice to tell the truth or lie, these decisions leave the player guessing or choosing based on curiosity to see the results. These cases are the minority, but I found their inclusion strange. Combining this with an unusual control design and dialogue-selection timers that are too short, the game’s highlights usually come when it’s telling its story, rather than asking the player to help define it.

Voice acting is generally excellent, bringing characters to life effectively, as does the motion capture animation. Environment graphics are generally fine, not outstanding but not lacking either. Ultimately, each scene felt immersive enough and set the appropriate atmosphere; scenes with large crowds are a good example of this, though they can suffer from low framerates. Unfortunately, I did come across a severe bug that breaks audio and video to an unplayable degree, but is seemingly fixed by restarting the Switch console. This bug didn’t present itself in my second playthrough.

1979 Revolution: Black Friday has a great core concept that it executes well enough to warrant a playthrough, though ideally, some extra development time would have led to greater polish and a longer story. I enjoyed the experience enough to play it twice, though I hesitate to recommend the game to anyone who doesn’t have at least a small curiosity about political history and/or Middle-Eastern/Iranian culture.

Were this release packed tighter with content it would be an easier recommendation. But, so long as game length and gameplay are not primary concerns, this story is worth considering for those eager for narrative-driven games, and who especially enjoy an interesting cast of characters,