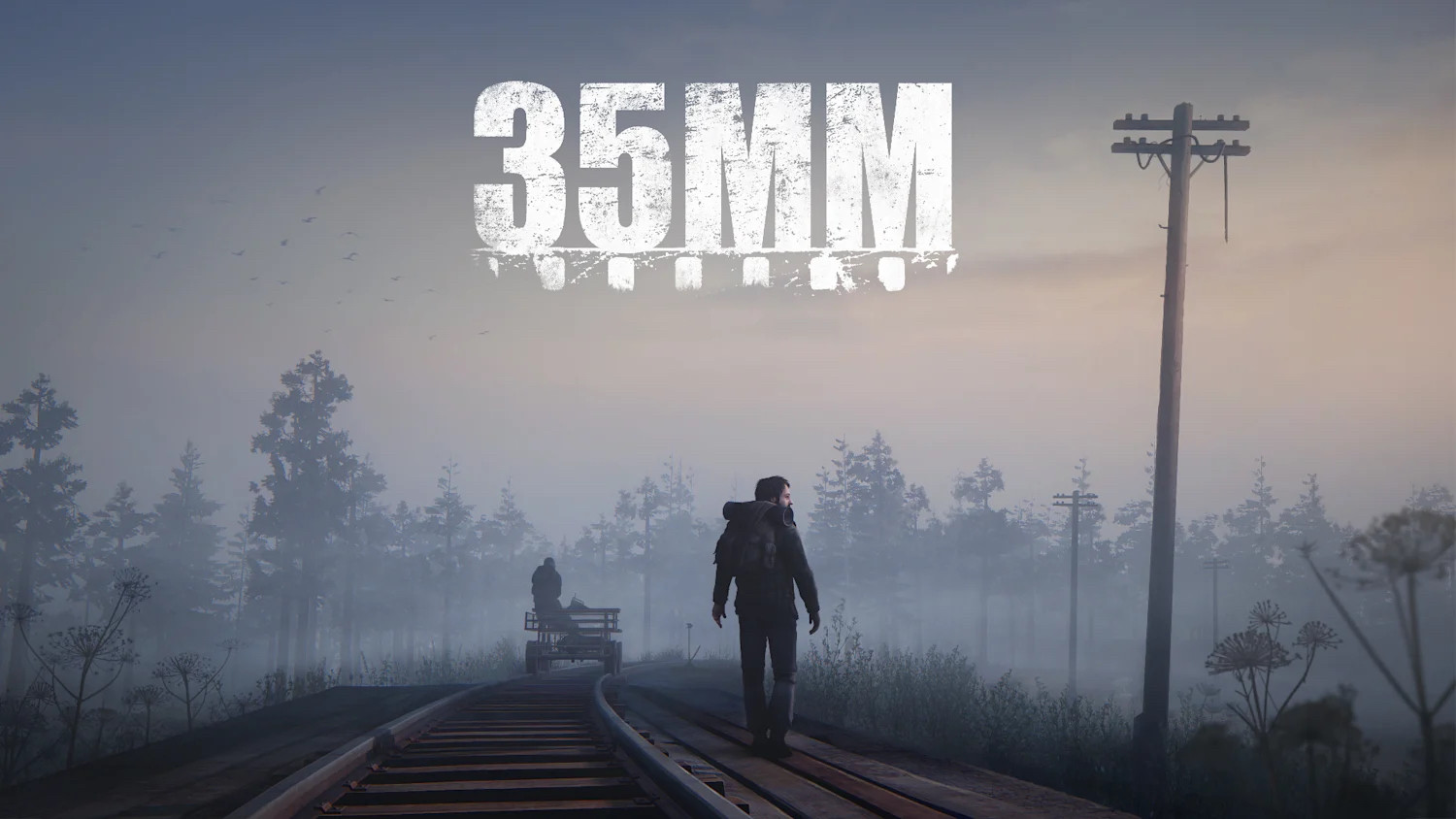 Developed by ‘one-man team’  Sergey Noskov, 35MM is a post-apocalyptic story about two travelers who set out on a journey into the wastelands of Russia, which has been left to ruin by those affected by a global pandemic. The basis of this game being set in a post-apocalyptic world had me looking forward to the angle and direction it would take. Would we get a Walking Dead-esque narrative or would this be something fresh and new? Spoiler, it wasn’t really anything…

To begin with, I was very confused about the actual genre of this game. It could be classified as one or all of the following; a walking simulator, a survival horror or maybe even an adventure game (at a stretch). I think the apparent problem that I have, and I imagine many other people will too, is that it really does feel and look unfinished. This is very frustrating because I can clearly see the potential 35MM has if it just received an extra pair of hands or some more time to be polished. 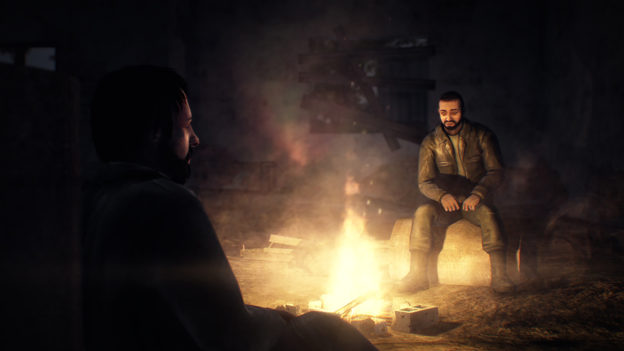 Okay, let’s get into the meat of this. Your teammate in this story is ridiculously slow, and I mean dead slow. There are times when he is so far behind that you cannot progress further into the map because you have to wait for him to catch up. Funnily enough, though, as soon as there is a reason to run, that boy will outpace you in a heartbeat.

You have a notebook that you carry with you at all times. It lists your inventory, hunger level, and the number of batteries you have on hand (yes, you need to collect batteries, Outlast-style!), which is incredibly confusing to navigate or work out. Couple this with the lack of heads-up display (HUD); there is no clear indication of when you are hungry or even when your stamina is decreasing. Eventually, I figured out that when you are starving, your vision becomes blurry until you consume something. When your stamina runs out, you’ll stop running (shock), and there will be an extended time of heavy breathing and a slightly wobbly camera. This kind of makes sense as in real life, you can’t see a meter indicating your hunger levels, but at least you can feel hungry without your vision blurring! 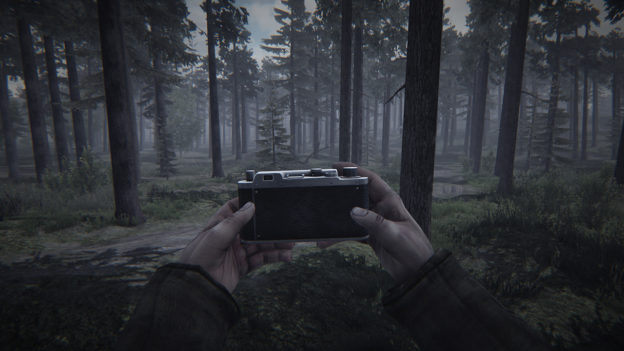 In terms of the story, it’s there for you to work out. With your teammate, you’ll have sporadic moments of conversation in which you will learn things about your character’s past and interests. One of my gripes with how this was delivered is that the dialogue was almost as slow as your buddy’s walking. In these moments of conversation, it was usually in a scene where you cannot walk around or do anything to progress.

Visually, 35MM is nothing special to look at. Its graphics feel dated, and the colors and textures are pretty muddy, especially in darker places – which is a large portion of the game. The game’s dialogue is in Russian, so you’ll be reading all of the subtitles unless you picked up Russian on your Duolingo during lockdown – I went with French. This isn’t an issue though because there isn’t much else to look at when you’re walking around a vast, empty village or forest.

Throughout this campaign, you have a camera on hand. You can snap photos of your journey and edit these to increase the ISO, change focus, etc. You also find photographs dotted around abandoned towns, houses, and hospitals to show glimpses of the lives now left behind. The camera aspect seemed interesting at first, but it left me asking, what the point was? Again, adding to my feeling of this game being ‘incomplete’. 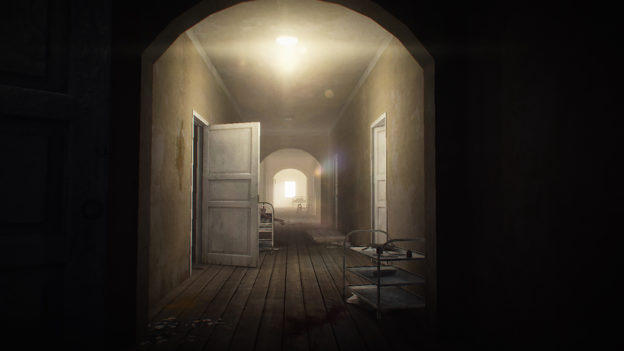 One area I will praise is the sound design. I never felt uneasy or scared, but the lack of any soundtrack, aside from the moments you came across a radio you can turn on for a moment, does create a wonderful atmosphere that enhances the terror of a post-apocalyptic landscape. The first bear encounter most definitely spooked me, that roar…

I don’t think Sergey’s intention was to ever scare or inject fear into the player but instead build a sense of discomfort. With the many silent moments, you were waiting for something to happen, and in extended periods nothing did. This rarely had me sighing but instead had me close (not on) to the edge of my seat, in anticipation. There is no time to relax or take it easy in a world built like this, and it is well-executed – if that was even the intention!

35MM is a messy blend of multiple genres lacking any clear definition or direction. The tense atmosphere that it builds isn’t enough to keep you invested and definitely needs more depth in its gameplay, story, and performance. This is a real shame, as there is clear potential for this to be far better than what we have received.