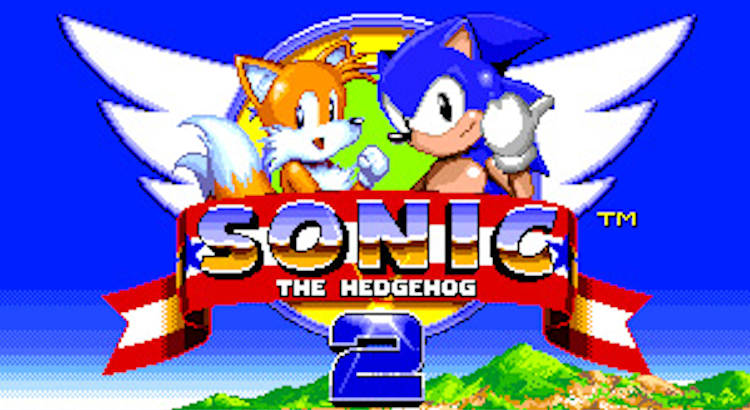 Lately, Sonic the hedgehog hasn’t been getting the recognition, or games he deserves. There was a time when the Blue Blur was as popular as Super Mario but sadly that isn’t the case any more. Luckily you can relive Sonics glory days in one of his greatest adventures ‘Sonic The Hedgehog 2’, now available on the 3DS. Not only do you get to enjoy the original version of the game but a few extras have been added along with full 3D effects.

Sonic 2 continues the story of Doctor Eggman wanting to destroy the world. He’s enlisted all of the creatures in the land (unwillingly) into his robot army and it’s up to Sonic to save the day! But this time he’s not alone. Along for the adventure is one of my favorite characters in the series, Miles ‘Tails’ Prower. When me and my friend played this game on his Sega genesis way back in the day, I always chose to be Tails. You can choose which character you want to play as from the main menu options.  Both play similarly so there’s really no difference in gameplay. 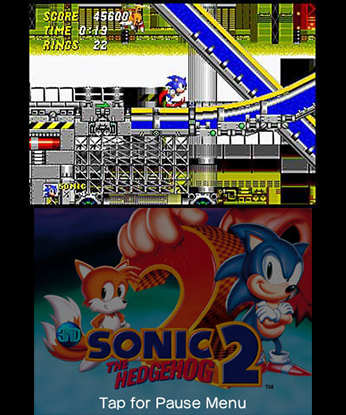 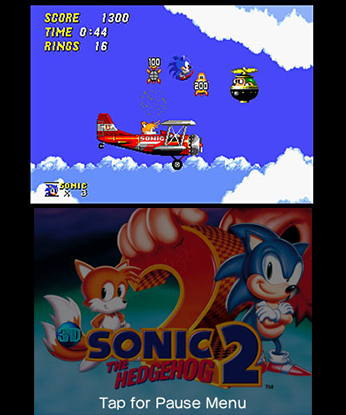 Everyone knows Sonic is like, totally the fastest! Using his super speed you will make your way trough many crazy, challenging levels. Sonic games are fun because you can either speed through each level really quickly or take your time and explore. For those of you that have never played before, Sonic doesn’t have a life gauge or hearts. What keeps him going is the BLING! That’s right, them gold ringz cuz! Collect as many as you can throughout each level, but get hit and they scatter everywhere. If you don’t pick them up fast enough, they’ll disappear. If you have zero rings and you get hit, you’re done for. 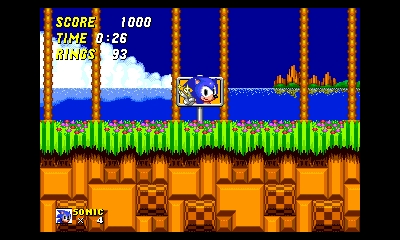 This version of Sonic 2 has a few new ways to play then what were all used to. There’s an awesome new stage selection feature that I really enjoyed. Without even having to progress first, you can choose the option go right to your favorite level right away which was pretty cool. There’s also a new Ring Keeper mode. by switching to this, when you get hit you will only drop half of your rings instead of all of them. Last but not least, if one of your friends has the game you can play against each other or as a team in co-op mode. I didn’t get a chance to try this out but it sounds fun. 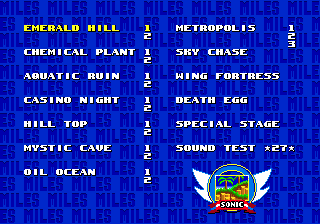 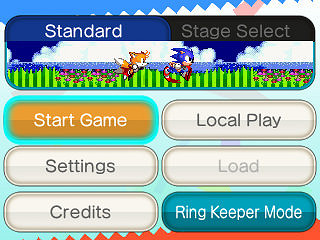 Sonic 2 has the same awesome look and feel as it did when I was a kid. The retro graphics are clear on the 3DS screen and everything looks great. I don’t usually use the 3D effects while playing games but it looked so good in this game I kind of had to. Also while I don’t love how low the volume is on the 3DS system I could still enjoy those classic Sonic tunes. Which always bring a smile to my face. 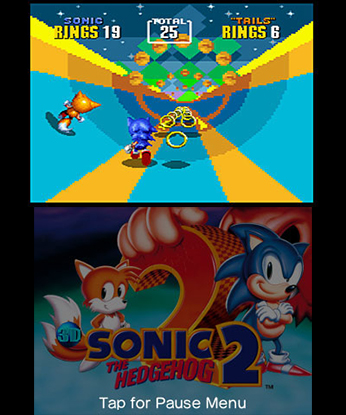 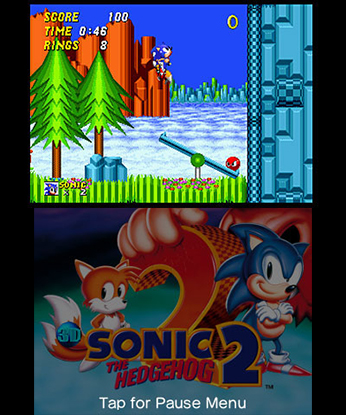 Sonic 2 was a perfect game to bring to the 3DS virtual console. It’s one of the best known Sonic games and it can show a new generation just how awesome our little blue hedgehog used to be. While also bringing back some fond memories for veteran fans like myself. I highly recommend checking it out on the eShop and for only $5.99, you can’t beat that…unless you own the original of course. 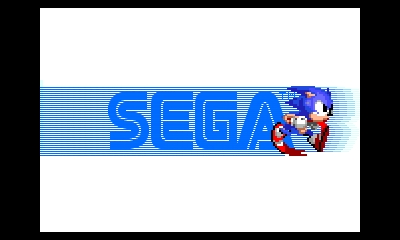 Relive Sonics Glory days in one of his best adventures yet. Sonic The Hedgehog 2 is a fan favorite for everyone and is a great addition to the 3DS eShop. There are also a few new ways to play and the 3D effects look great. I highly recommend it!