Ambitious, but Misses the Mark

*Note: This review was done using the 1.0 version of 3Souls.  Developer Red Column plans to release a 1.10 patch in the future, but it has not been released yet.

3Souls is certainly one of the more ambitious indie projects I have seen on the Wii U.  The game does all it can to make the most of the Wii U’s GamePad, trying to deliver an experience you won’t find on other consoles.  The game’s platforming, on the other hand, leaves something to be desired.  Aside from interacting with some objects, gameplay solely consists of walking and jumping over platforms, pits, and other hazards.  As episodic games do, 3Souls also wants to tell a story, which is handled better through the interactive elements rather than the moments of exposition the game gives us. 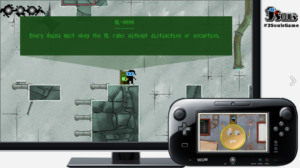 The first episode of 3Souls takes place in the nation of Mustland, where the episode’s main character must escape a prison cell.  As the player progresses, they can learn certain facts about what happened to the country, which helps to flesh out the world; though the exposition can sometimes be hand-over-fist.  On the other hand, 3Souls’ low-key piano, artistic direction, and voice-acting does an excellent job of providing a somber, almost grim tone to Mustland’s setting. Unfortunately, I do need to take issue with the voice-acting.  There are times where I feel like the actress was simply reading from the script, but other times in which emphasis was put in the wrong part of the line, throwing off the dialogue’s impact.

Players will need to move the camera in all directions to solve quick puzzles in the levels, or turn the gamepad to work a tumbler lock.  Other segments in the game will have players looking through virtual cameras to find clues and platforms that would otherwise be invisible in Mustland.  I enjoy seeing the Wii U GamePad get some love, but having to flip the GamePad around or turn a full 90 degrees can feel unwieldy at times. 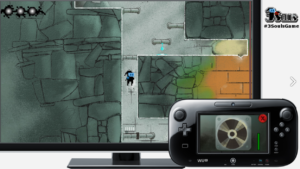 The puzzles themselves are no head-scratchers, but there are a few that rely more on guess work, than any-sort of puzzle solving (I’m looking at your, tumbler locks).  In another section, I needed to memorize the movements of three invisible platforms previously seen on the GamePad.  These platforms are small, so being just a touch off can result in a death.  Furthermore, players only have three tries before being sent back to the beginning of a section, forcing players to resolve puzzles they have already completed.  I can appreciate a challenge, but guessing the answer should never be a solution to any problem in a game, especially when the stakes are high.

This review is only for the first episode of 3Souls, covering one story.  Overall, the first chapter of 3Souls is very ambitious.  The developers tried to squeeze every ounce out of the GamePad to create a unique Wii U experience.  While taking advantage of the Wii U’s GamePad is something to be lauded, I cannot get behind how awkward the motion controls can feel at times.  On the other hand, the platforming would be drab and lifeless without the GamePad interactions.  Maybe we will see some improvement on these areas in future episodes, but for now, sit and wait this episode out.