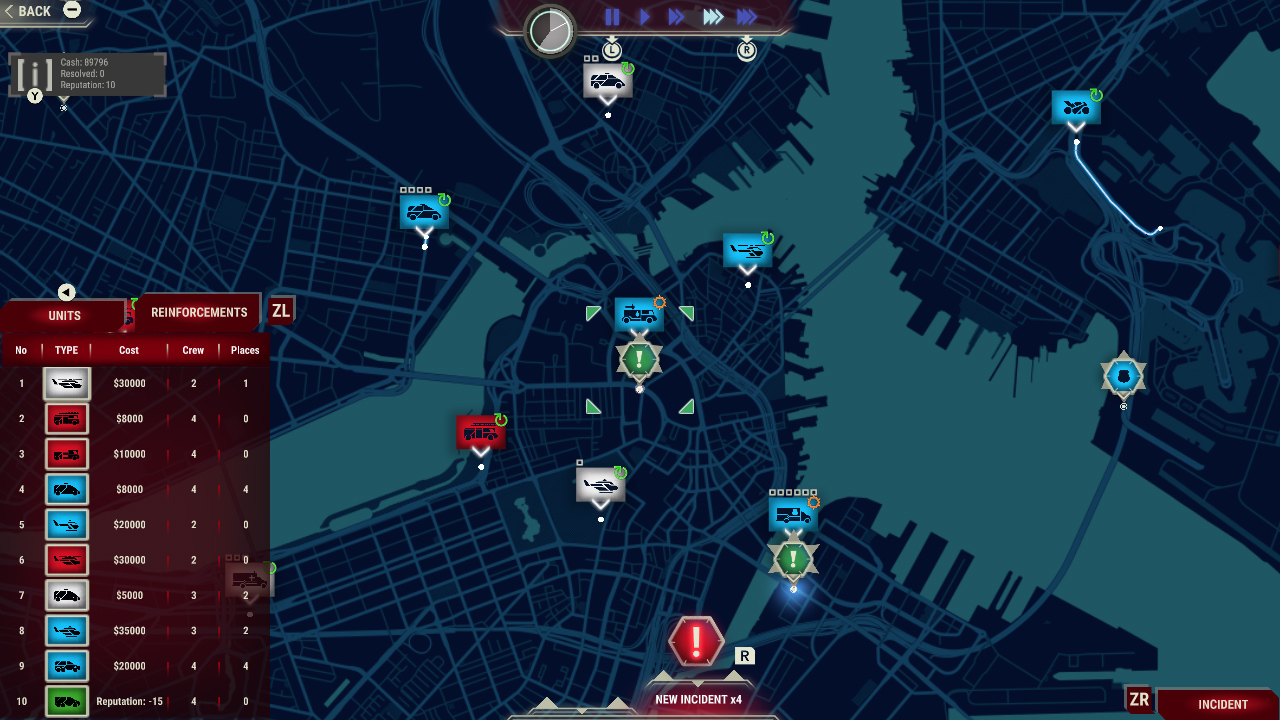 Have you ever wanted to be stressed while playing a game? Well, 911 Operator Deluxe Edition is the game for you! You play a 911 operator taking calls and dispatching units in response to emergencies and reports across a district.

This title originally came out in 2017, but the deluxe edition of the game is exclusive to Nintendo Switch this year, which includes the DLC Every Life Matters, Special Resources, Search & Rescue, and First Response. These packages make it easy to upgrade your equipment, vehicles and scenarios without the need of additional content.

The game recommends all players play with headphones. You can play this without headphones, but it’s a much more immersive experience if you follow the game’s direction. While in headphones, you can hear the chatter from radios, and the calls come directly to your headset with dialogue options to help assist civilians, diffuse situations, and dispatch units to their area. The map you’re provided starts you off with two firefighter units, two paramedic units, and a few police cars that you can direct to different locations on the map. You can also change your game difficulty, but I personally never left Easy. That was enough stress for me. 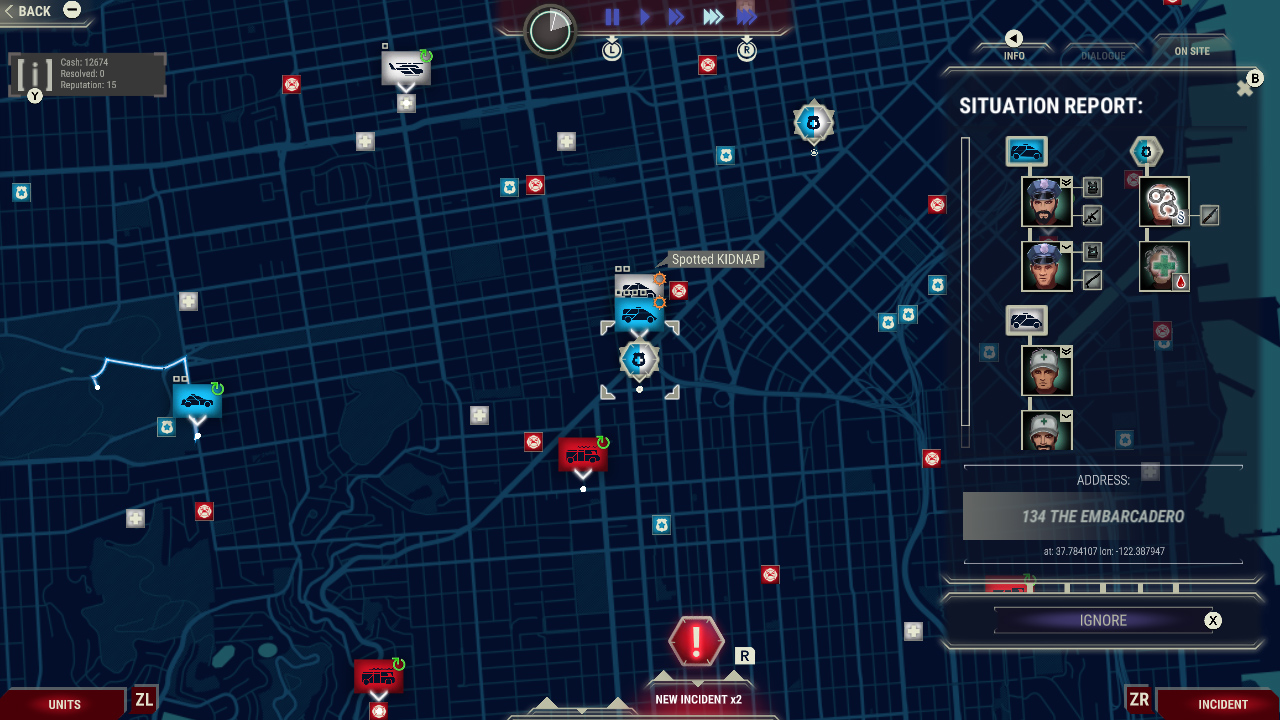 Along with the immersive audio experience, I was pretty impressed with the realistic variety of calls. I received a mixture of calls that really emphasized the tough decision making and reason that goes into being an emergency dispatcher. Many of the calls I received I felt deserved attention (domestic abuse and disturbances, robberies, or car fires), while some of the calls required me to turn down their request (misdialing a pizza place, or a caller complaining about mild stomach pains). The balance of the calls I received alongside radioed incidents made it tough to ensure everyone got the attention they deserved as things sped up in the game.

911 Operator Deluxe Edition caused me to think fast with limited resources. Over time, I could upgrade my units and equipment through in-game “purchases” and additional officers, firefighters, and medics. These upgrades didn’t lessen the stress, however. Calls and alerts across the map never stopped. And it’s up to you to logically think through every scenario to ensure you’ve got enough information from each incident to warrant dispatching to the area. At many points, I found that I didn’t have enough officers, medics, or firefighters to handle unexpected events happening across the map. In moments where I could stop and breathe, it made me really consider how tough it must be when these situations are real. 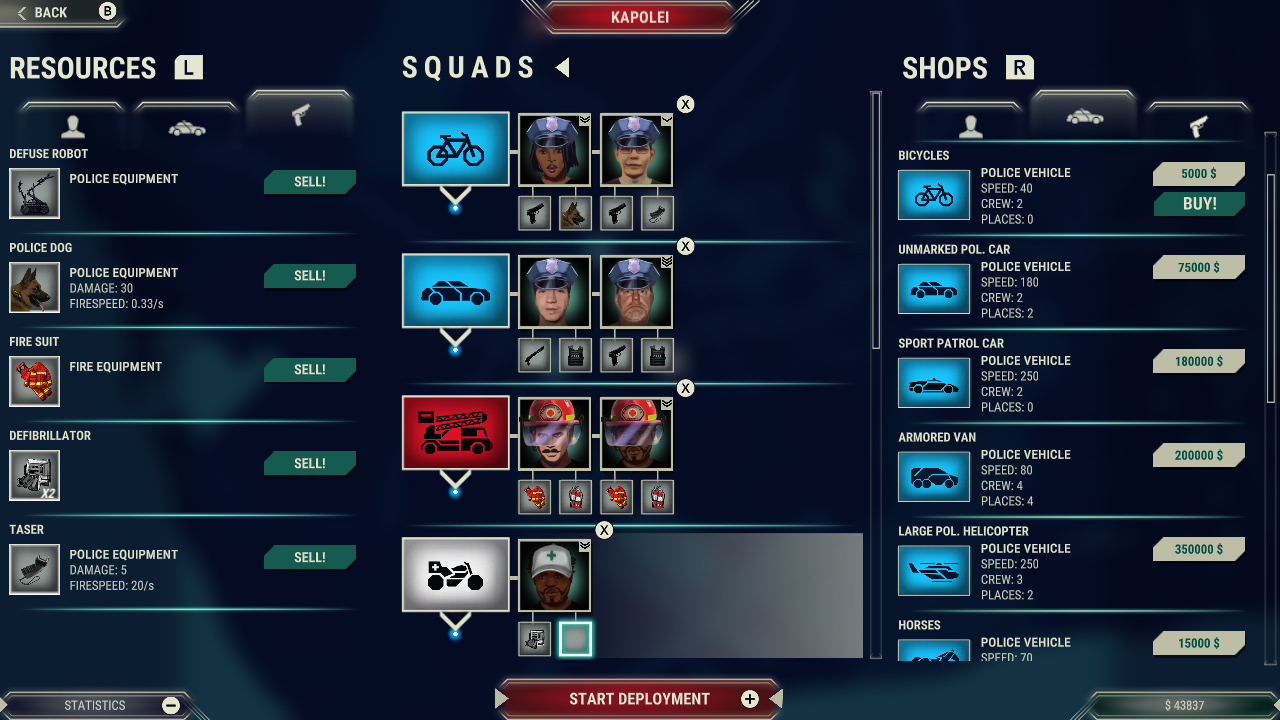 The entire game is confined to the blueprint map of the district you’re serving and your headset; 911 Operator is a very literal game in this sense and doesn’t pretend to be more than that. All of the tension and action is happening separately from you, but you’re directly involved in the resolutions.

Because 911 Operator is heavy in the management side of the game, and it isn’t an action-packed game that puts you in the driver seat of these units, I could see some players finding the game lackluster. However, I think it’s a solid title for the Nintendo Switch. It’s educational and intriguing.

I don’t know how often I can play due to the nature of it, but I’ll pick up 911 Operator Deluxe Edition again. And I think that’s the overall goal of a title like this one.

911 Operator Deluxe Edition is a stress-filled management game, that requires you to strategically think through simulated emergency scenarios. This game’s tension makes up for the lack of physical gameplay. If you’re looking for a tense and educational experience, try out this game.