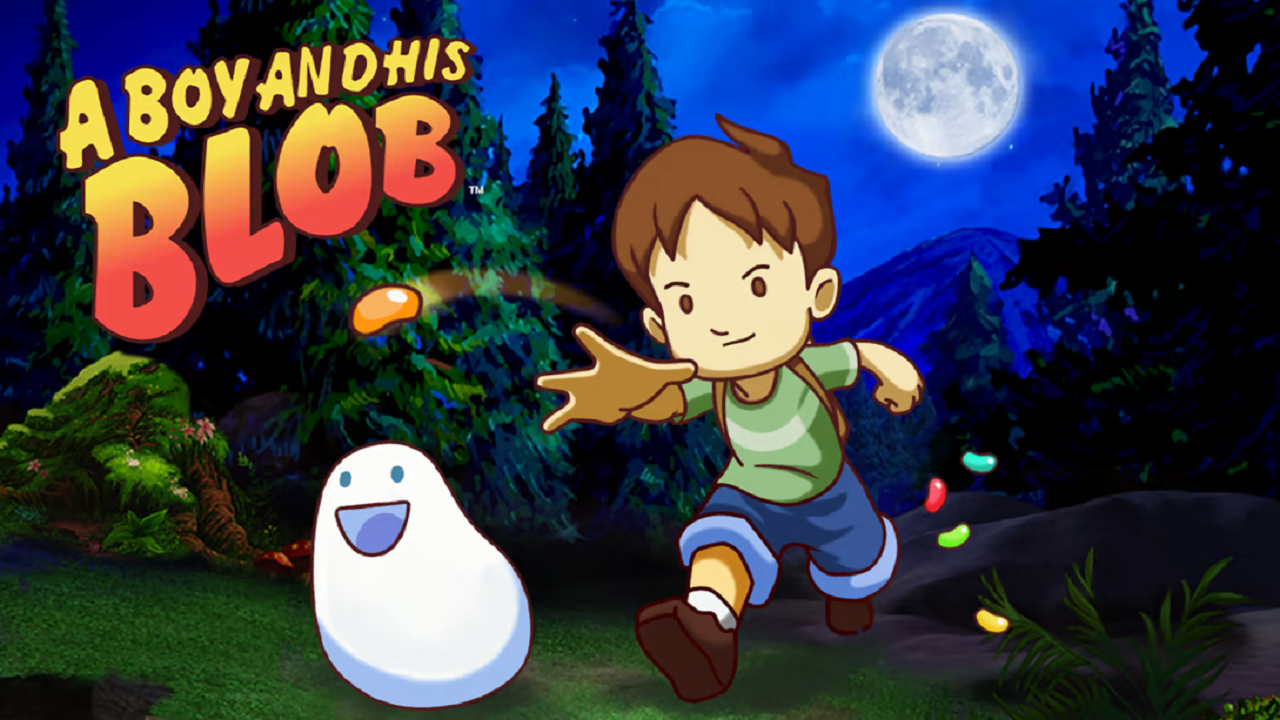 A Boy and His Blob is a reimagining of the NES game of the same name. I’m a fan of David Crane (thanks Pitfall) and have a lot of memories with the NES original. That said, this version from WayForward never moved beyond my wishlist, for whatever reason. Does a 2009 release, now in HD, hold up well in 2021? It sure does!

This puzzle-platformer successfully marries original gameplay with fantastic aesthetics. I don’t think it’s hyperbole to say that 1989’s A Boy and His Blob was one of the most unique games from top to bottom. While this reimagined port is no longer quite as fresh, it’s still as enjoyable as ever.

Instead of various items for puzzle-solving, the blob acts as your inventory. You have a stockpile of jellybeans, each with a different effect. For instance, black jellybeans allow climbing while orange ones permit you to jump higher. It didn’t take long to awaken childhood memories of licorice ladder and tangerine trampoline. They don’t seem to be named here, but they function similarly.

This mechanic helps build the relationship between the boy and blob because, short of an opening cutscene, you don’t see much. The boy is fragile (the looks of Christopher Robin but the frailness of Kipland Dynamite) and thus dependent on the blob’s abilities. But hearing him call the blob, who eagerly hops (or floats) to him, is enough to cement the bond, as is the means to hug any time. Of course, it helps that the game is an absolute delight to look at, with lively animation.

But it’s more than marvelously animated. It’s the entire audio/visual package. WayForward has covered this world in vivid color and impressive lighting. The beautiful music is also a fitting complement. While I hadn’t heard the soundtrack in years (decades even), I still recognized some NES updates, such as in “The City March.” A couple of other standout tunes include the sound-effect rich “The Moon Forest” and the RPG-sounding “Shaded Plains,” and these are just early examples.

This game starts easy, and one could argue it continues that way too much, as signs often indicate the jellybeans to use. I would’ve liked the option to disable that feature. An easier aspect I do like (distinct from the NES game) is having no number limit for jellybeans. Instead, you have a selection that varies by level but is unlimited. While the original erred with too much trial and error reflecting the era, this one, though linear, is more breezy. If you’re looking for an outright challenge, you’ll find it searching for the three hidden treasure chests.

Ease aside, detriments are few, with a lone freeze bug being the most noteworthy. While nitpicky, most control functions double-mapped to the Joy-Con could lead to some early confusion as you get accustomed to the layout. As an NES fan, I’d have liked to see more bonus content related to the original release. And $14.99 on Switch is more than you’d pay elsewhere (though still cheaper than when launching on Wii), which may seem even higher if you’ve already played the first game a ton.

There’s little to indicate that this is a port of an older release rather than a brand new game. It’s smooth 99% of the time. Level design is purposeful, teaching you gradually with enough variety in layout and shadowy enemies. It nails its pacing in the context of its slower-paced, whimsical approach. I can’t help but smile while playing it.

Satisfactory puzzle-platformers are many on the Nintendo Switch. But the transformative and unique A Boy and his Blob, while easy, rises well above most of the competition. Time has been kind to this game, both in presentation (graphically and musically) and general design. If you haven’t had your fill of it yet, add this one to your Switch collection.

Satisfactory puzzle-platformers are many on the Nintendo Switch. But the transformative and unique A Boy and his Blob, while easy, rises well above most of the competition. Time has been kind to this game, both in presentation (graphically and musically) and general design. If you haven’t had your fill of it yet, add this one to your Switch collection.