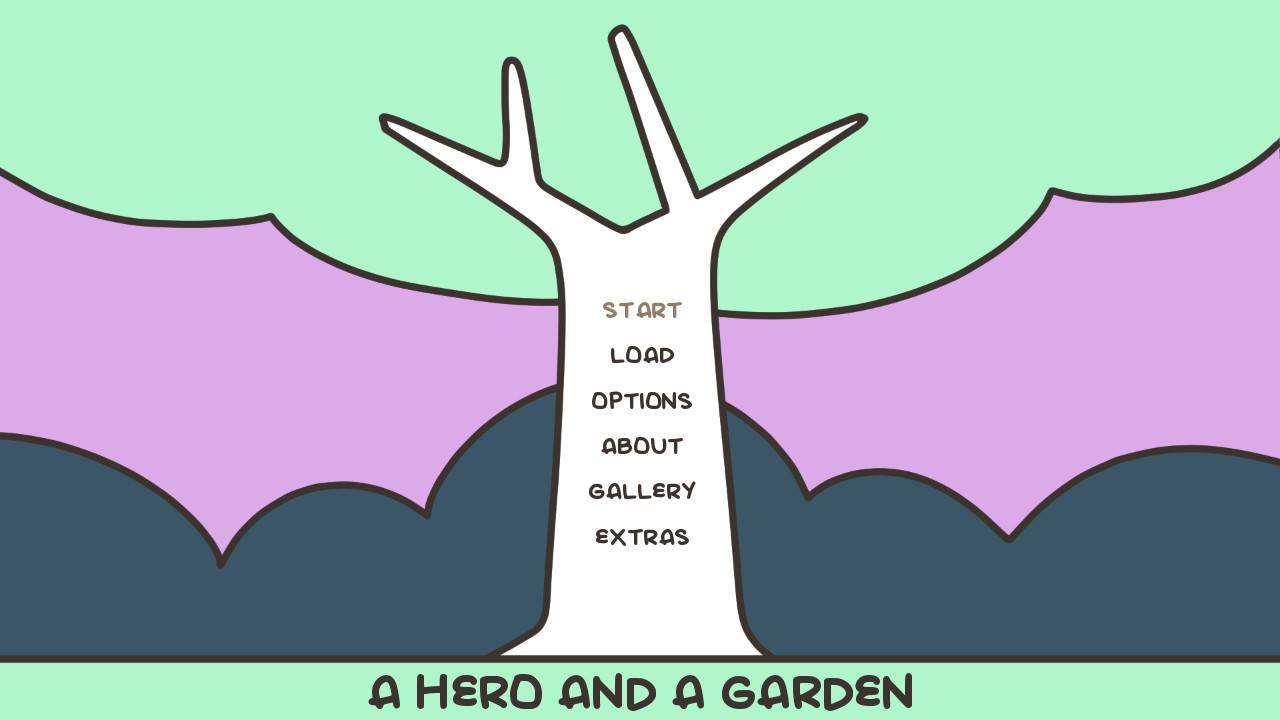 A Hero and a Garden is a simple visual novel with RPG elements tacked on but without the actual gameplay. It’s more story than anything else, which surprised me since it’s categorized as “adventure, simulation, role-playing” on the Nintendo eShop page. Let’s see how that imbalance fared. 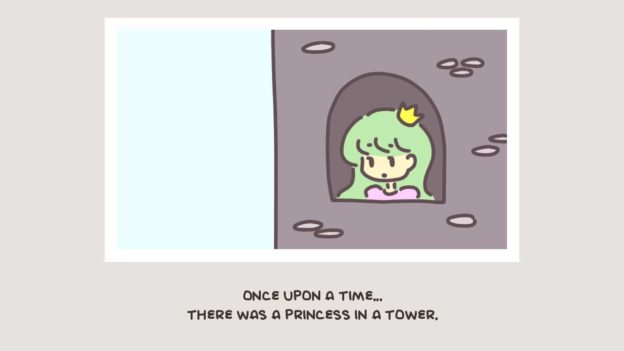 The game opens with a quick narration. The princess is trapped inside a castle, and you—the knight—go off to rescue her. When you use your sword, however, its magic destroys the town and hurts the monsters nearby. The witch thus casts a curse on you to remain inside a castle where you tend to a garden, harvesting berries for money, in order to repair the things lost in town.

First, let me say that harvesting berries are the entirety of the gameplay. There are five types of berries you’ll have to grow throughout the game, each one growing at its own pace. The bushes grow up to three berries at a time. You get requests for a certain amount of berries and, once that number is met, you can deliver the request which will trigger another point in the story. Then, it’s rinse and repeat until all the requests are filled and you have enough money to rebuild the town. 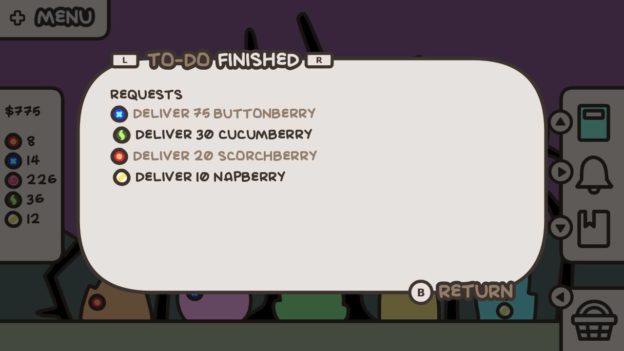 The cast of characters is minimal, but they’re all likable in their own way. Aside from yourself as the knight, the princess, and the witch, every other character is a monster. One is a doctor trying to mend to the townspeople’s wounds you caused, another is just a child who is trying to get his mother healed after your sword hurt her.

Each request triggers a small conversation between you and another character. Cyrus, the knight, is reluctant at the beginning of the game, and soon learns more about the town and the monsters who live in it. They’re more like humans than we think. They have jobs, they have friends and family, and they have feelings. 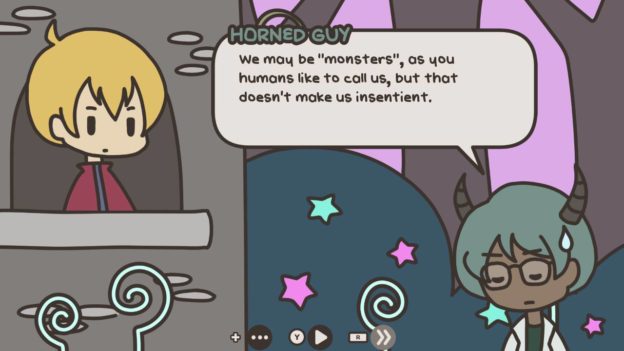 To avoid spoilers, I won’t say too much about the story since that’s the main part of the game. However, the content within the dialog and what the characters were going through could easily be paralleled to what we see today in real life. It was a lot deeper than I expected, but it was done well, and I found myself engulfed in the story.

The aesthetics of the game were cute, too. The simple art style was pleasing, and the lack of backgrounds allowed me to focus on the main point of the game, which was the story. The music mimicked a lullaby and was soothing. 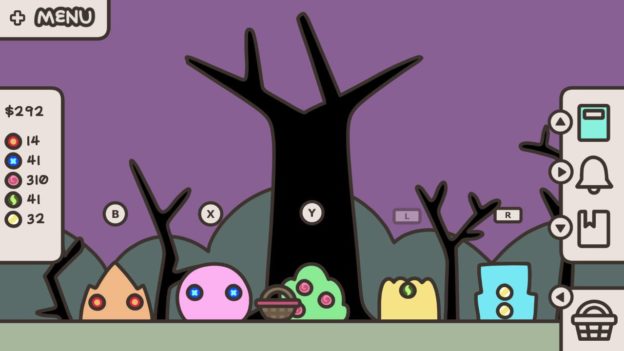 The game is quick if you want to go through it for all the endings. Or, you can simply save right before the choice to check out all the endings in one go.

Overall, I had a fun time with this game. It made me think about some matters on a deeper level in some ways. If you enjoy simple visual novels, this is worth the try.

A Hero and a Garden is a simple visual novel with minimal gameplay and a deep story. It’s a short, fun game, and it’s worth anyone’s time.

Review Nintendo Switch A hero and a garden