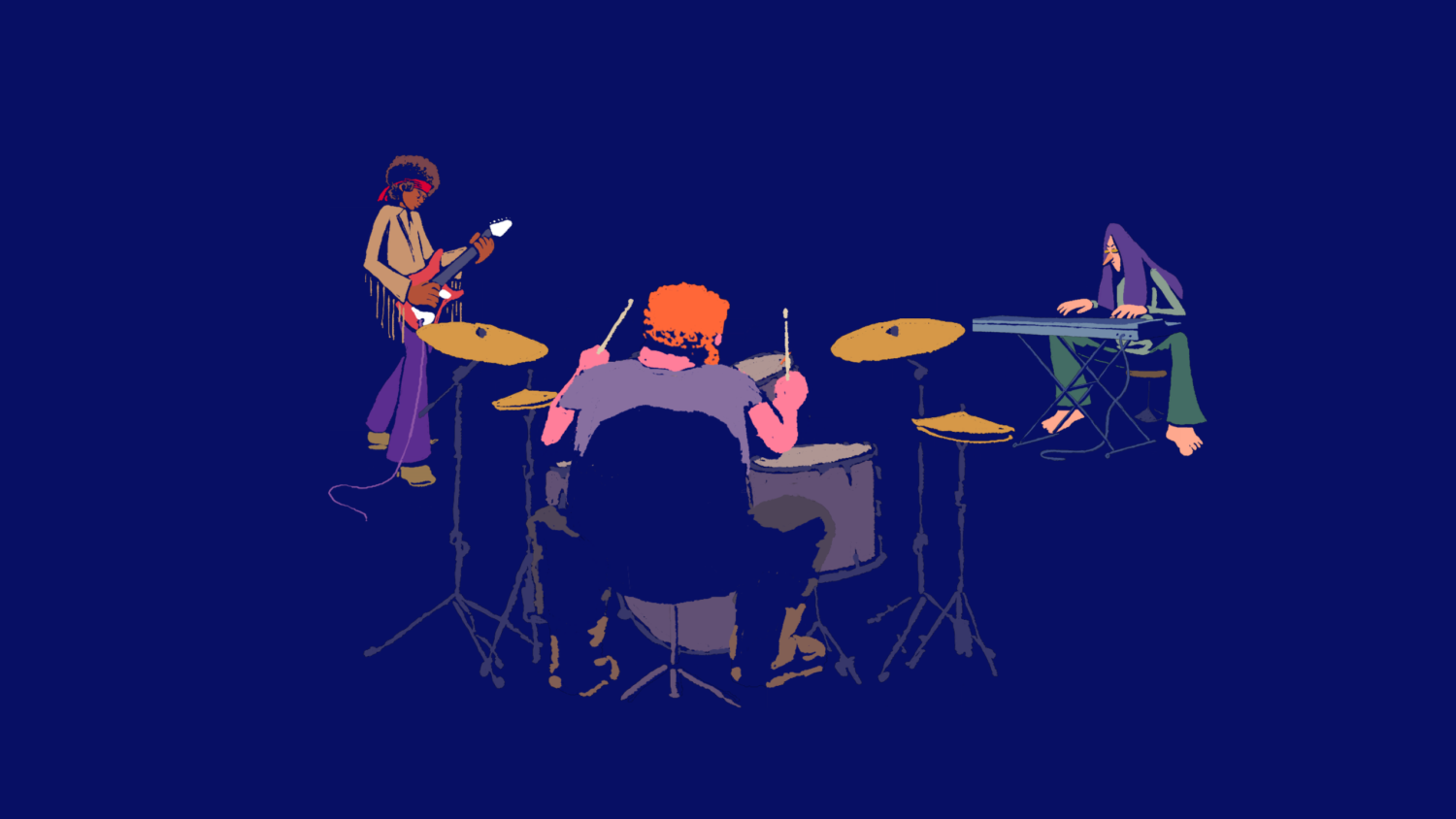 Ah, I can see the music!

A Musical Story is a rhythm game that…well…tells a story through music. It follows a band and their journey to the Pinewood Music Festival in the 1970s.

The game starts by showing each band member’s day job, highlighting how unhappy they are. The game has no dialogue, and tells the story only through music and art. This is very interesting, and does an amazing job at getting the feelings and story across.

The band consists of a drummer, a keyboardist, and a guitarist (Gabriel, who seems to be the main character). Gabriel appears to be the least happy of the three, and is shown multiple times getting high to escape the realities of his circumstances. He works at a factory that manufactures beans, and the mascot is a bird that he repeatedly hallucinates during his trips. 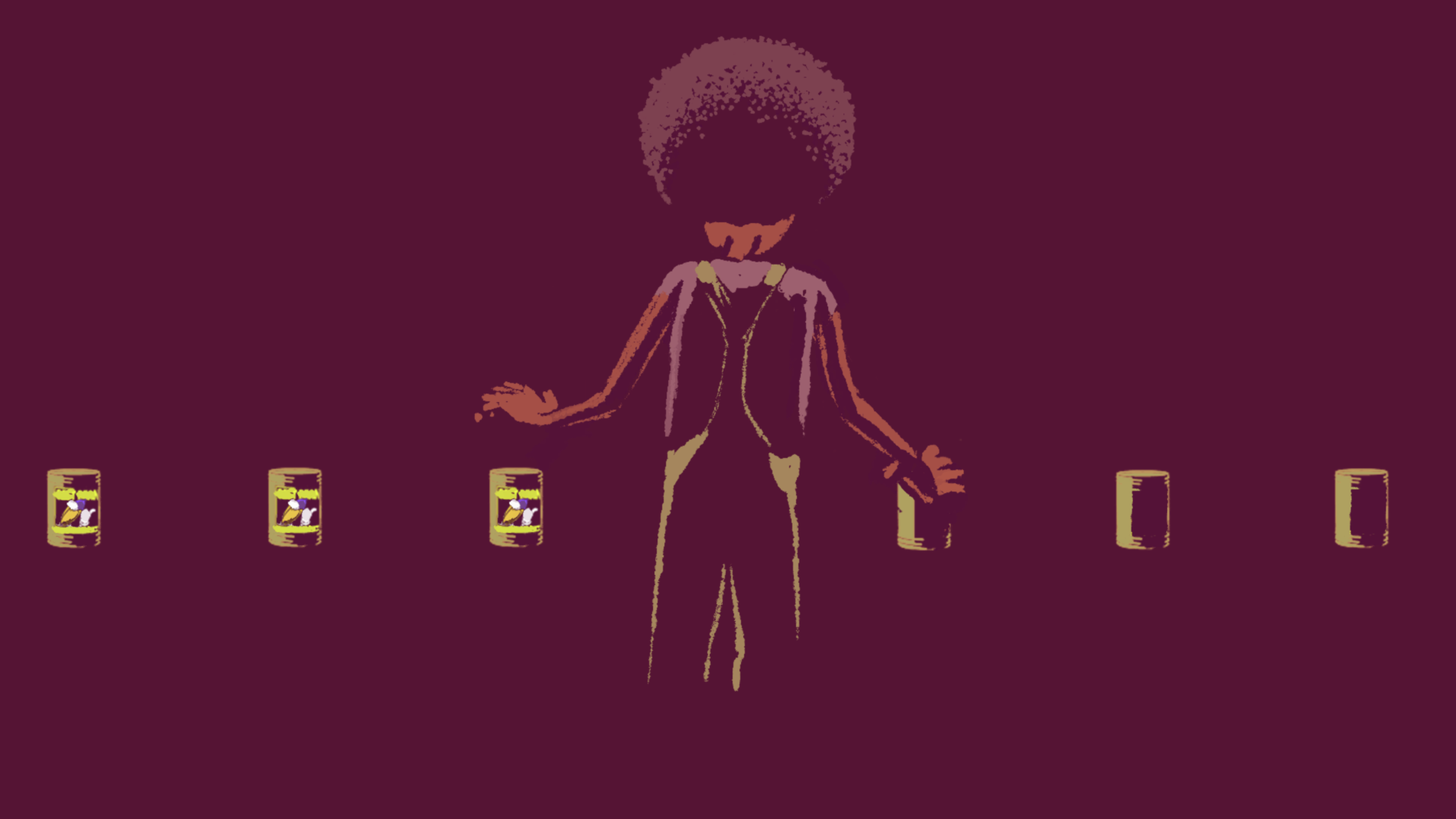 The story quickly kicks in with the band leaving their town and hitting the road to Pinewood in a van they fixed up. On the way, they meet a singer who becomes romantically involved with the guitarist. Conflict soon arises when the guitarist has a bad trip and ends up punching the keyboardist in the face, creating tension. The story escalates from here, showing the highs and lows of a band in the ’70s. Unlike many other games involving rock bands, A Musical Story really shows the realities of struggling artists.

Another thing that makes this game unique and adds to the reality of struggling bands is the rhythm portion of the game, which is how you play to advance the story. You have to play each short section of a song perfectly before you can advance. This can be annoying at times, but it also highlights the repetitiveness of “practice makes perfect.” Don’t worry, however, because you only play about two measures at time. If you continue to mess up, a white guide helps you along, making it easier to know when to click each beat. The game plays the riff for you first, showing circles with arrows in them that point left, right, or in both directions. You then immediately have to repeat the riff. Depending on which way the arrows point, you will have to click either L, R, or both at once. There are also times where you have to hold down the buttons. 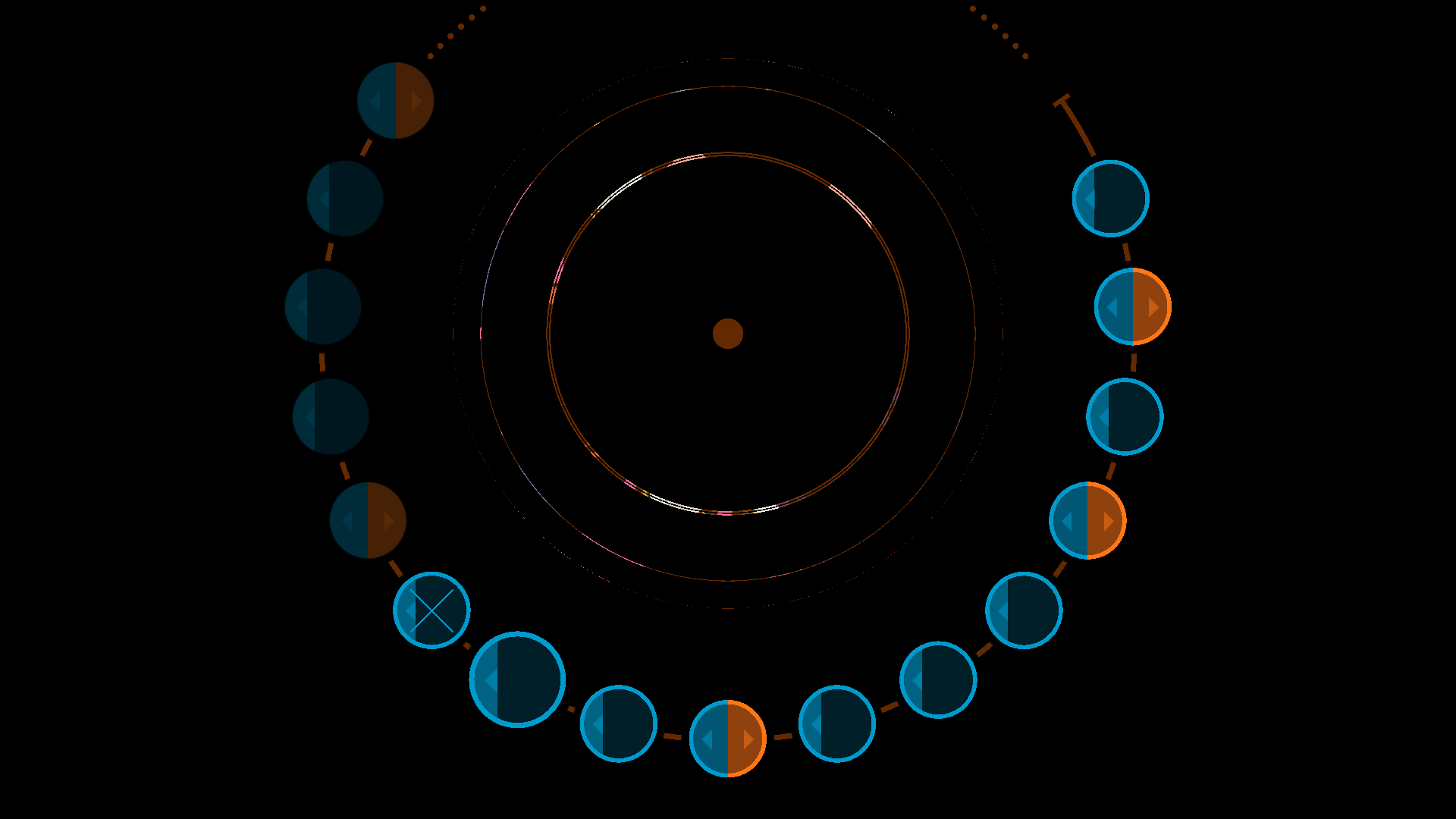 When starting to play a section, you aren’t given any sort of indication of when to click each circle, you just have to feel the beat and go based on that. I would recommend counting or tapping your foot to keep in time, as the rhythms do get progressively harder. However, like I stated before, if you’re having trouble the white dot will come to save you, and you can even set a feature so that it’s on all the time. This is a good idea if you’re playing the game more for the story and want to quickly get through the rhythm parts, but once this feature is on, the ability to earn stars is turned off. You get stars by playing a chapter through with no mistakes. There are usually 5-10 rhythm sections in each chapter, and again, each riff is only about two measures. If you didn’t get a star your first time playing through, you do have the option to go back and replay a chapter until you do.

The graphics of A Musical Story are amazing. The art style is really good and adds to the ’70s vibe, which helps set a clear time frame of when the game is taking place. The colors used for each scene help set the mood too, and let you know what the characters are feeling. 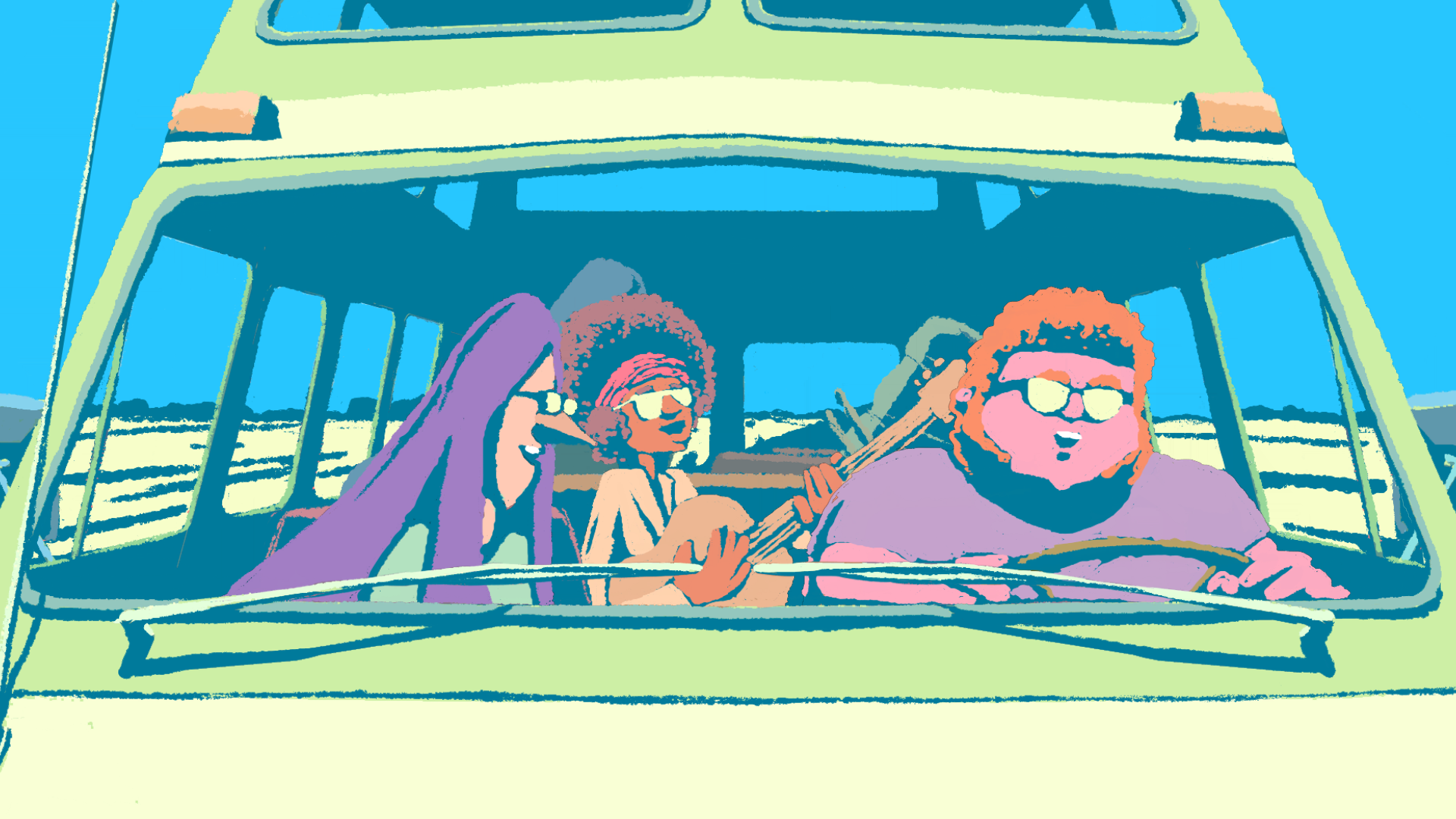 The animation is very good and visually interesting. Throughout the story I felt that the characters, though drawn in a cartoon style, seemed very real; the art style was so good you could really feel their emotions. With just a tiny detail, like adding a small twinkle in someone’s eye, you could immediately tell they were feeling a sort of love or longing. This is very important in a game where there is no dialogue because it helps the player understand what’s going on. This game did an amazing job of that.

A Musical Story not only tells a touching story, but is also incredibly fun to play, and hard to put down.

A Musical Story is a short rhythm game that stands out with genuinely good original music, a touching story, and amazing visuals. If you’re a fan of music, art, or all things creative, this game is certainly right up your alley.