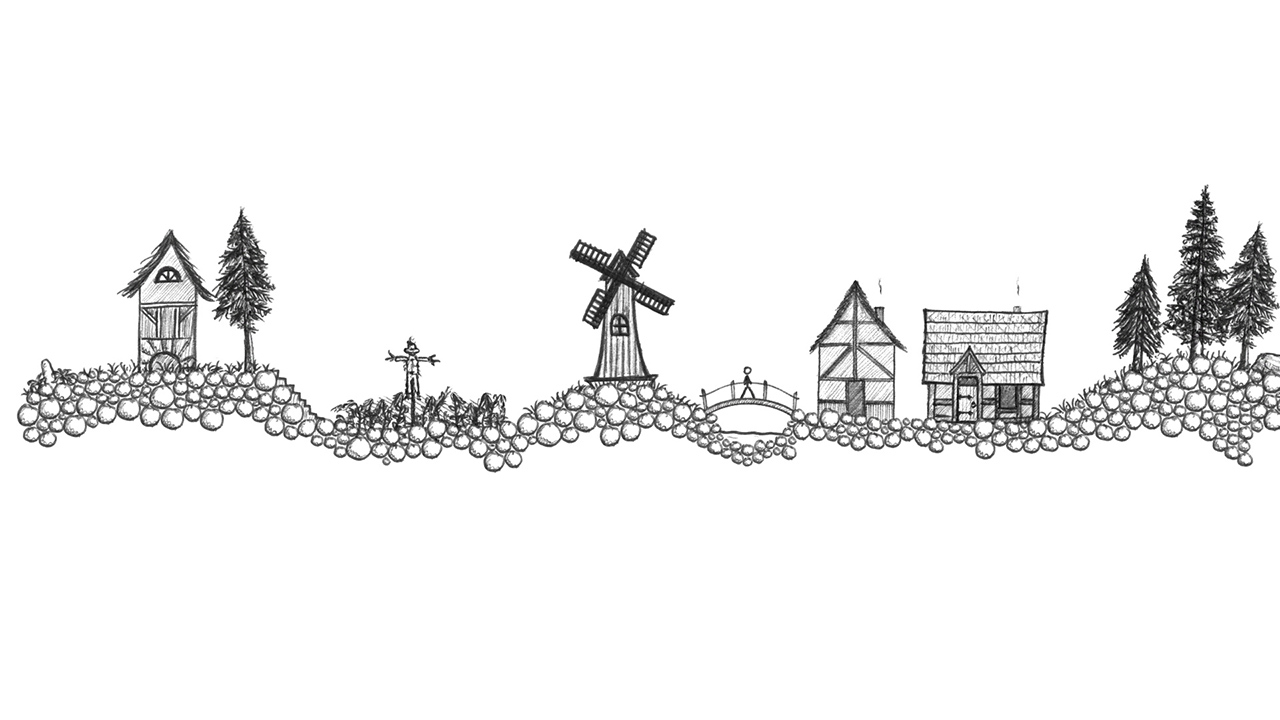 My dad often tells people, “The important thing is to remain calm.” He’ll say this even if we’re already pretty calm, a clear indication it’s wisdom he’d prefer we carry throughout our lives. I think the developers of A Winding Path are imparting the same advice.

A Winding Path doesn’t present a challenge; it presents an experience. The game is short; you can complete it in two to three hours (but no worries about that, it’s priced accordingly). It’s also very chill. You’re not going to die if you can’t solve a puzzle right away. So, again, remain calm.

The aesthetics will help you get there. As you can tell from the included screen captures, the world of A Winding Path is minimalist: pencil and paper. All of the game’s inhabitants are stick figures…although the birds and cats are not. The structures and trees are nicely textured but often quite small. This is one of the game’s only faults; although the visual approach seems tailor-made for handheld gameplay, the dense textures and lack of color actually cause certain parts to become difficult to make out on the Switch’s screen. 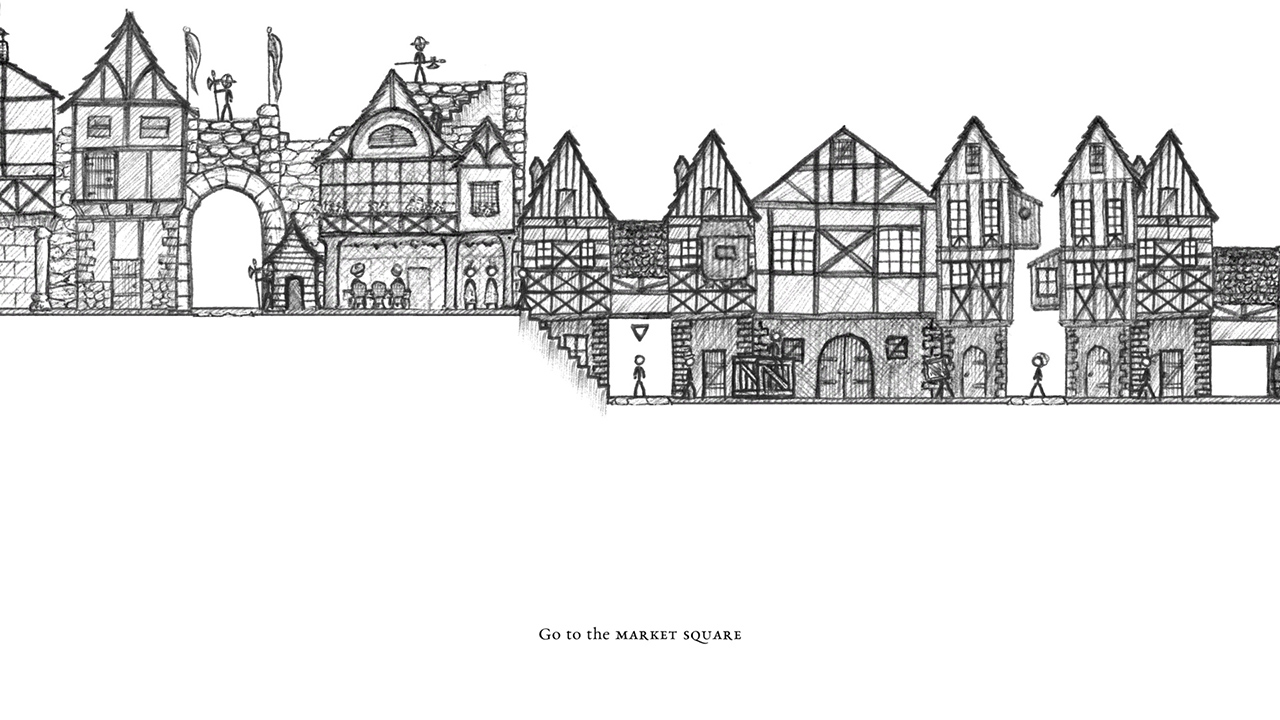 Audio is just as minimal. There is no soundtrack, just the ambient sounds of leaves blowing in the wind, rain falling on a rooftop, and so on. The effect is very calming (the important thing). The conversational dialogue (text only) is accompanied by the sound of a pencil scribbling on paper, which is a wonderful touch.

The situation in the game is a bit direr than its presentation would have you believe. There’s no rain. The rivers and ponds have dried up, causing the citizens of the various villages to grow uneasy. People are hungry and unhappy, work isn’t getting done, and town relations are breaking down.

This is where you come in. As with all great adventures, an early fetch quest provides you with a special power. 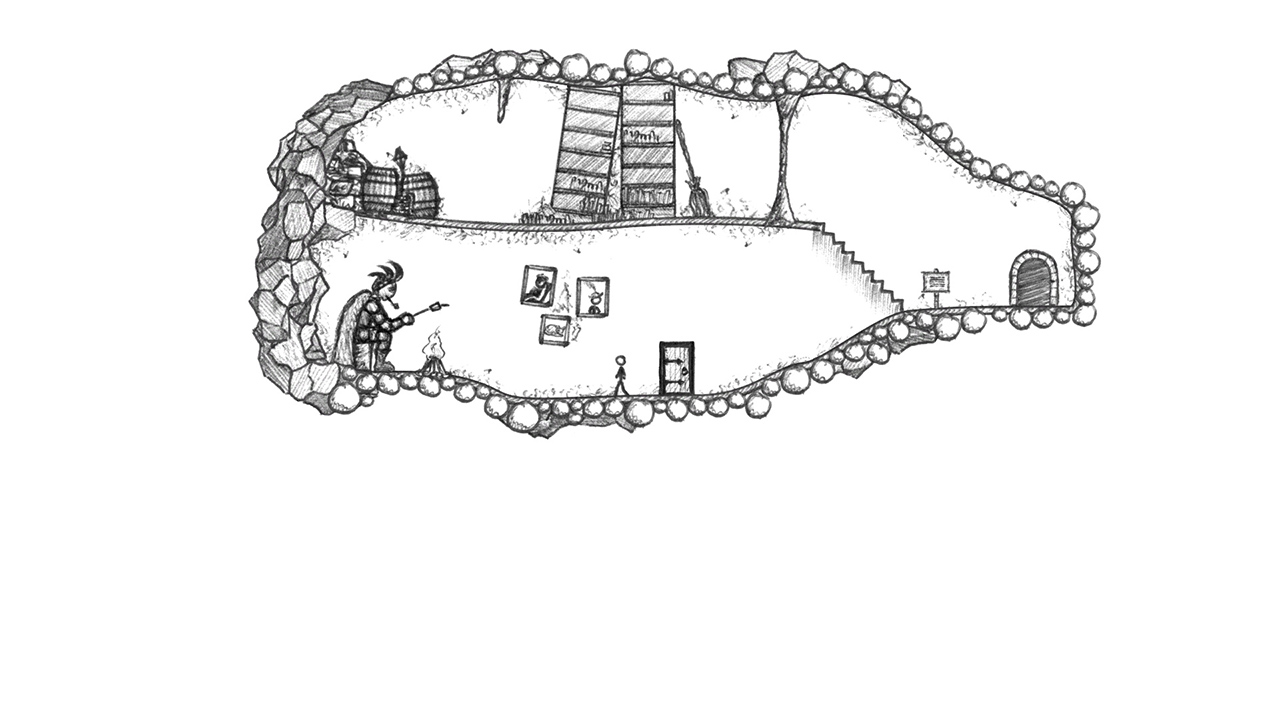 This time, it’s in the form of a magic lute that allows you to call forth the rain. It’s not exactly enough to fix the environment, but you can use it to solve puzzles that open paths to the actual root of the problem. You play the lute by randomly wiggling the Joy-Con stick, creating a cloud that drops a bit of rain where you’re standing.

Something my dad has never said (but is nonetheless true) is, “rain doesn’t find the fetch quest items.” The majority of the puzzles in A Winding Path center around locating items that only become available after you’ve picked up the quest. You receive a button prompt to acquire items as you walk past them, but that prompt doesn’t appear if you’re not aware you need the item. I guess that’s like real life (I tend to let random objects lie until I’m told said objects are missing), but it means a lot of backtracking. And because your stick figure only moves at one speed, you’ll spend a decent portion of the game getting there; and, in some cases, remembering how to get there. 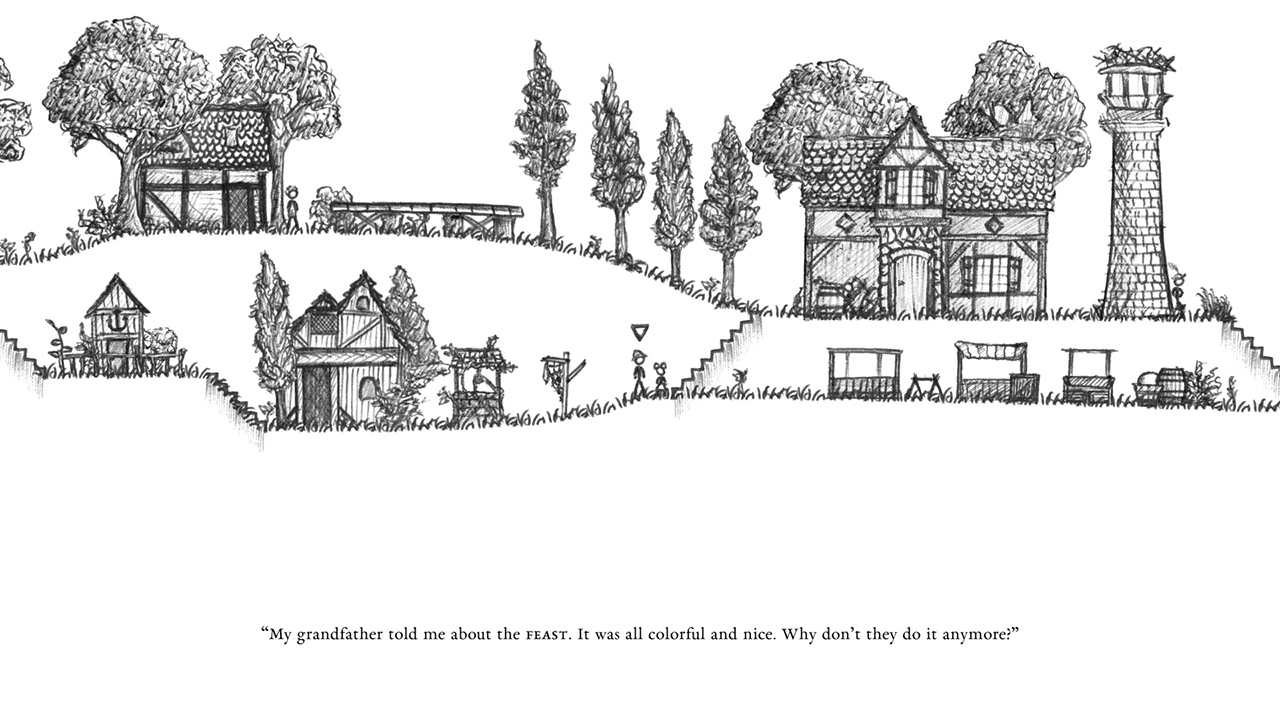 But maybe that’s good considering the game’s runtime. And is a purposeful walk ever time wasted (especially when it apparently prompts pseudo-journalists such as myself to write as if they’re creating motivational coffee mugs for an Etsy store)? The backtracking also assists with the collection of hidden dew drops. These aren’t required to finish the game, but they will incentivize completionists to take a little more time exploring or to dig into a second playthrough.

They also get you hats!

With hardly any instruction or hints, there may be times when the path forward is not very clear. Remain calm. Talk to people. Return to the areas you’ve already visited. None of the puzzles in this are so oblique that you need a walkthrough or pure luck to find them. When I was stuck somewhat early in the game, I found that simply walking back to a building I couldn’t previously enter was all I needed to do.

As for whether you can remain calm during the skill-based games, I don’t know. One such “puzzle” requires you to hit moving targets to beat the local archery record. That’s 9 out of 10. OK, but you’re also told there’s a special prize if you get 10 out of 10. Calm or not, I’m too impatient to be a completionist, it seems. 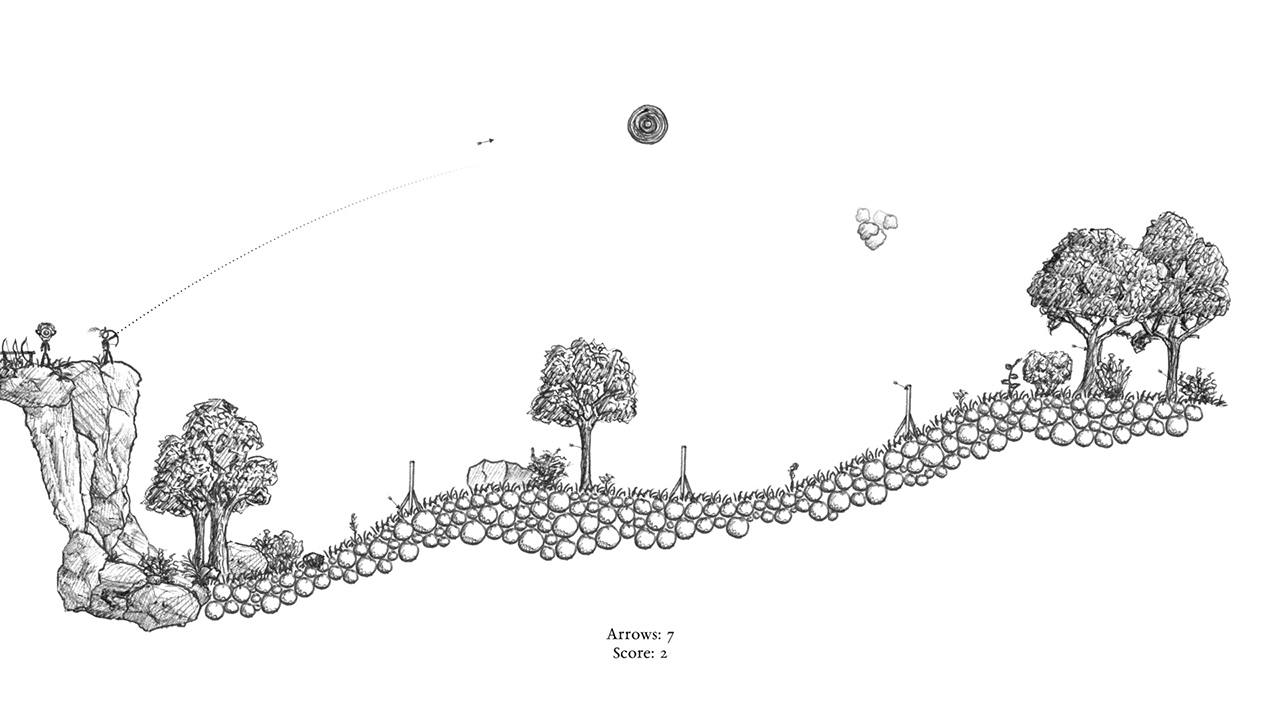 Even these skill games fit in with the general vibe of A Winding Path. Keep things simple, talk to people, explore, and have some fun by challenging yourself. There are problems out there, but we can take care of them if we work together. Is that true anymore in real life? It sure doesn’t seem like it.

But I do know the important thing is to remain calm.

The chill vibe of A Winding Path makes for a very short but very effective adventure gaming experience. Minimalist artwork and audio are expertly used to create a little world in which you’ll want to remain for as long as the game allows.