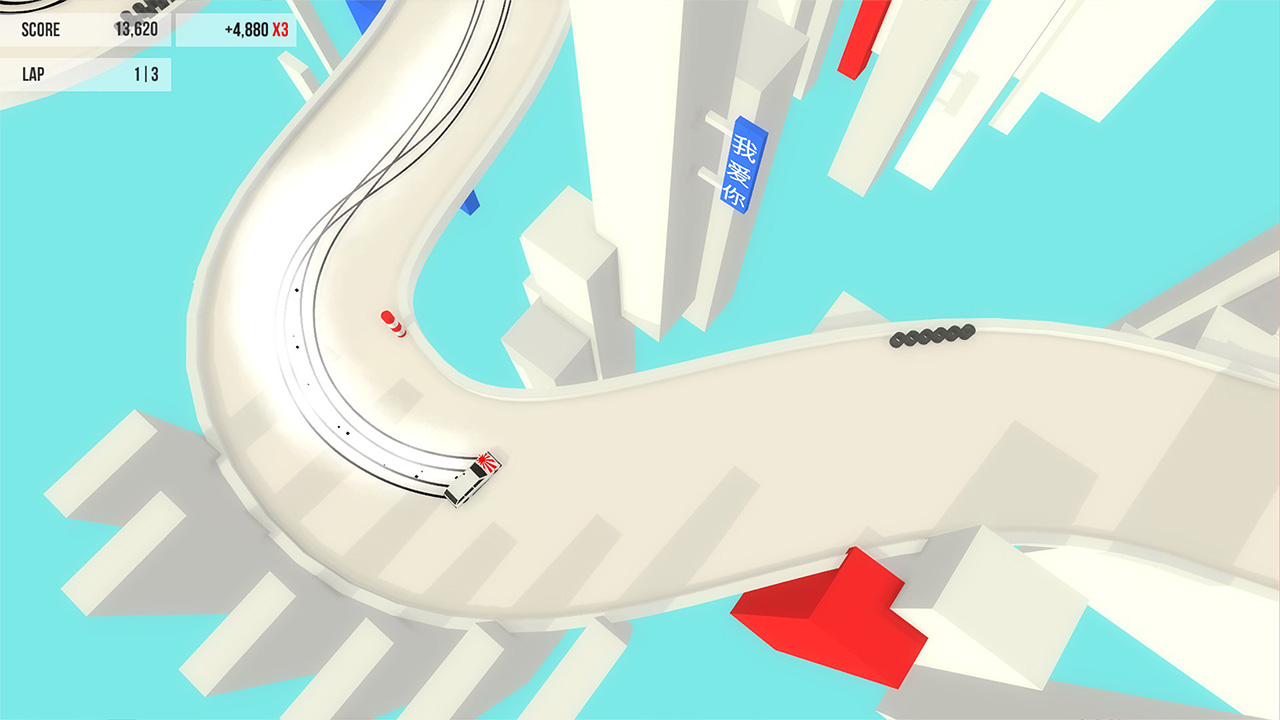 A driving game with a focus on precision rather than speed, Absolute Drift: Zen Edition consistently stands apart from traditional racing games. A follow up to 2015’s Absolute Drift, the Zen Edition has been available on consoles since 2017. It has now made the transition to Nintendo Switch, where the clean design and precise gameplay suit it nicely.

Everything about Absolute Drift: Zen Edition is simple. The game looks sleek, with neat tracks set on a pastel backdrop complemented by soothing music. Every song of the soundtrack is clearly credited when they begin, so you can find them in your own time if there’s anything you want to listen to again.

Absolute Drift: Zen Edition opens with a cool sense of humour, letting you know that drifting was invented “in Japan by a driver who has too much saké and couldn’t drive in a straight line”. Although there isn’t much text in the rest of the game, this establishes a more relaxed attitude that you might get from faster, more furious racing games. 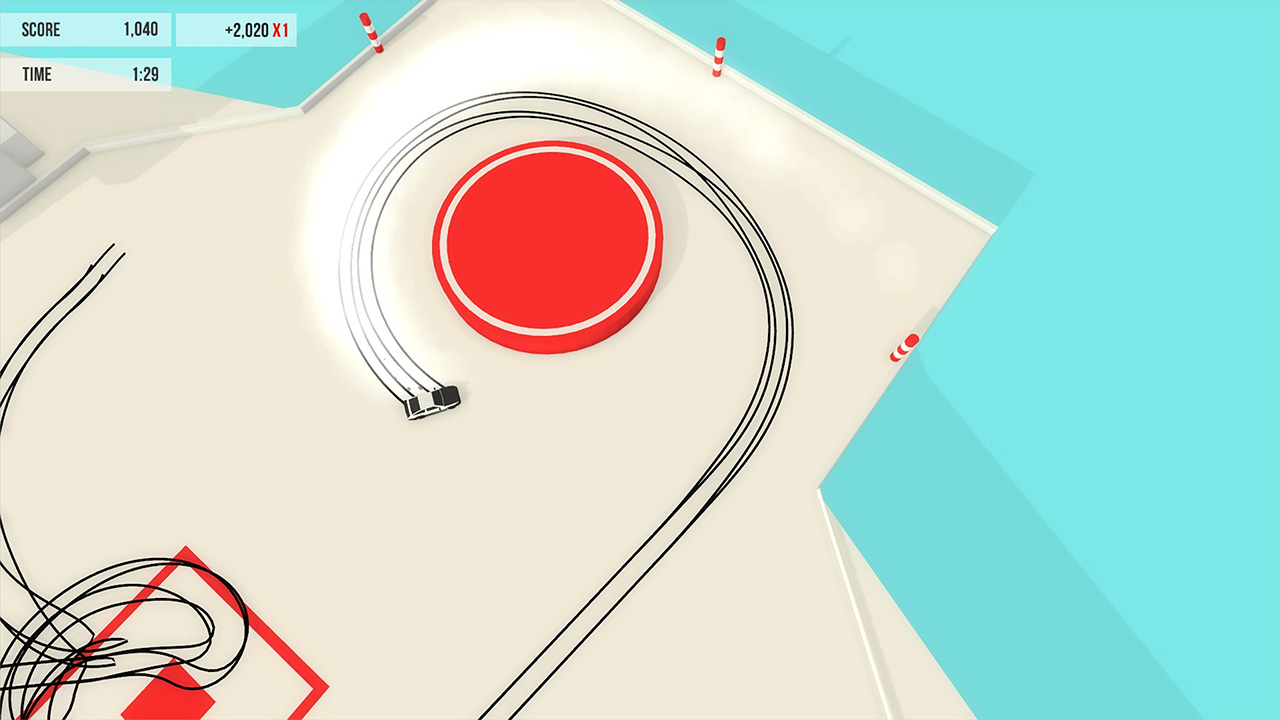 You have the option to roam the map freely or to participate in events that take you through the various courses in sequence. There are a total of 34 levels and five free-roaming areas, designed to test your ability to drift. The basics are explained clearly with a short tutorial and then you set off.

Each level, you are graded on how well you drift and there a number of achievements to hit to complete them. You can return to them as many times as you like, to better your scores which are recorded. Online leaderboards mean you can compete with other players around the world to see how well you compare globally as well as against your own previous high score. You can race against ghost cars of your own past runs or your friends or other players who have recorded and uploaded their attempts. 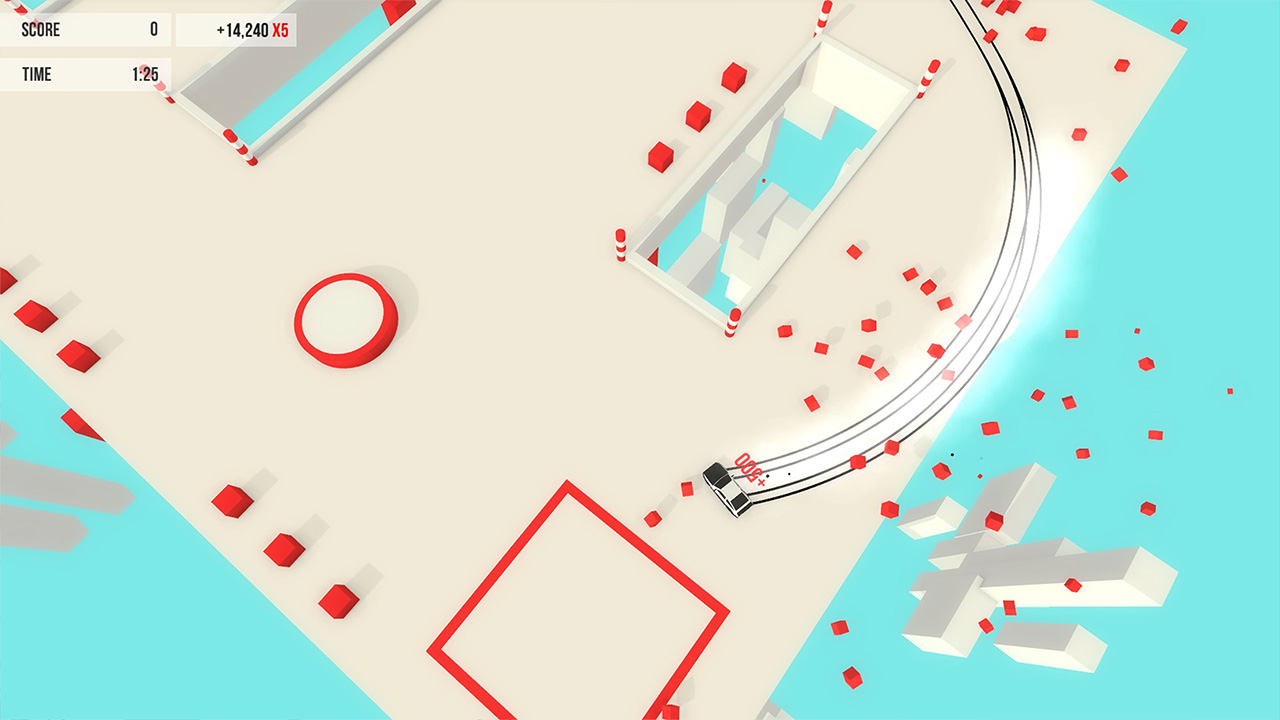 The minimalist style of the game doesn’t leave a lot of room for pimping out your car. But you can choose from a selection of paint colours from the main menu. In free-roaming areas, you can slide through garages and come out the other side with a surprise new pattern.

Absolute Drift: Zen Edition is about control or precision. If you’re the kind of gamer who likes fast-paced, explosive racing tracks, you might get frustrated by this one. But it cultivates the type of skills that will serve you well in any race track. It isn’t a particularly long game, but it’s fairly inexpensive and very well made, so you still get your money’s worth.

Absolute Drift: Zen Edition is a peaceful driving game crafted to focus on control, precision and challenging yourself.