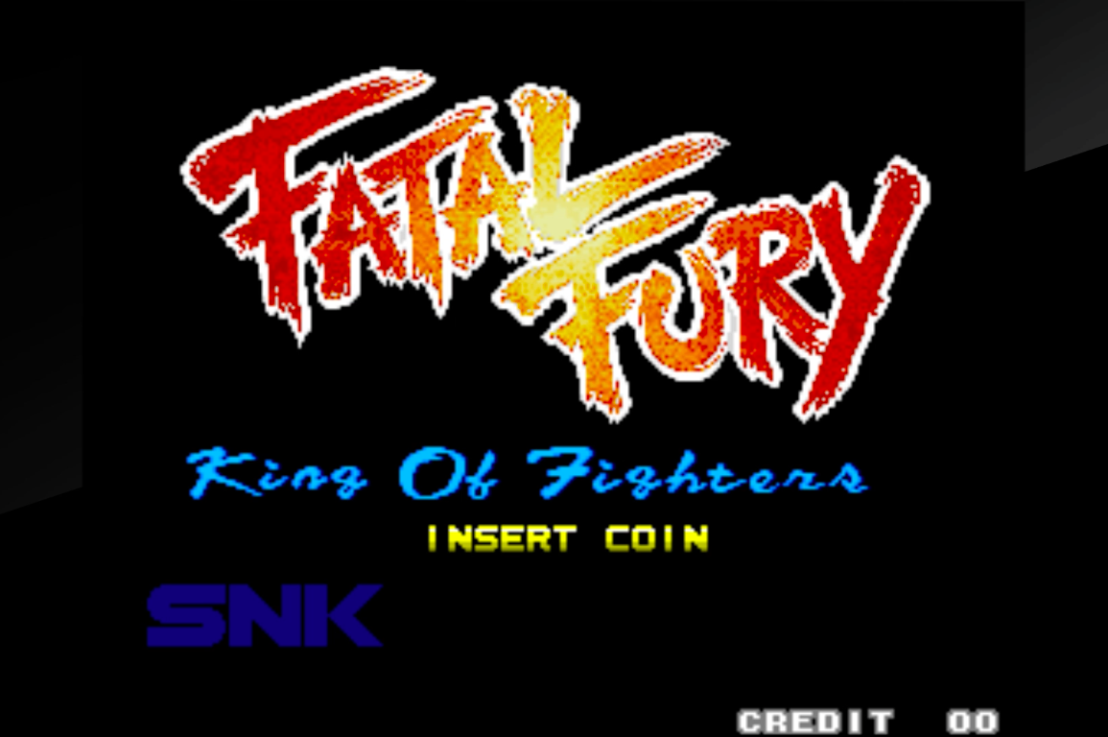 I’m not hugely into fighting games, but like any gaming kid of the 90s, I grew up with the likes of Street Fighter II and Mortal Kombat, and enjoyed kicking butt as much as anyone. I’m only vaguely familiar with the Fatal Fury series though, so let’s see how this old-school offering fares on the Switch.

Firstly, what I love about these classic releases is the retro, arcade feel to them. They’re virtually intact, from the joystick controls or the on-screen number of play credits left, to the leaderboard with your three chosen letters if you make the top ten. There’s even a demonstration mode that automatically plays after the title screen has sat dormant for a short time, it’s exactly like the arcade games of yesteryear.

The gameplay couldn’t be simpler. You begin by choosing your fighter – one of three on offer. And then it’s straight to the fight! It’s a much more basic style compared to the likes of Street Fighter II, with fewer special moves or combos; it’s straight-out combat here. It’s a bit of a button-bashing affair but there is some skill required as you’ll need to change up your fighting style with each bout – for example, I like to jump in with an attack but some fighters are taller or better at uppercutting, so I had to rethink my approach and attack from a lower vantage point. 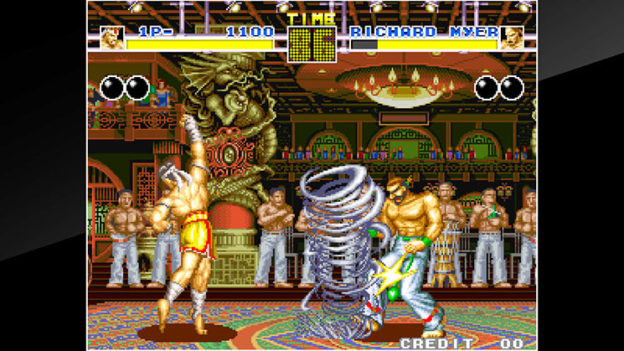 Another neat difference to other retro fighters is a slight depth to the playing field – you can actually walk up and down the screen instead of only back and forward. Unfortunately, you’re limited to moving with your enemy, so it doesn’t really add to the game’s tactics, except that it’s harder to attack when your opponent isn’t in your direct line.

Occasionally, there’s also an interesting little distraction between fights in the form of an arm wrestle competition. This is definitely a button-bashing moment, but that’s the idea – bash it fast enough to win. It’s a little like a bonus round. I’m not really sure what the bonus is though? 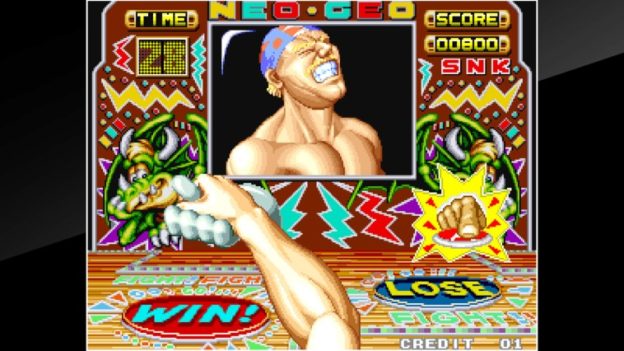 There are a few other options from the title screen too, with even the original Japanese version available to try. A high-score mode lets you play continuously until you see a game over, without using any continues or saves. You can also jump in at any time with a second player to enjoy a co-op mode. Then there’s an interesting Caravan mode that gives you five minutes to pummel as many enemies as possible, while an online leaderboard is displayed on the right just to tease you.

There is some kind of story between bouts, told via a single screen featuring a comic-book style image and some words to the effect of “He won’t get away with this!”. It’s not exactly compelling, but it’s there. The main reason to play is to fight, not to read about fighting, apparently.

The graphics are pretty decent for a game from the early 90s, and the levels are very reminiscent of the original Street Fighter II. There are some nice touches, like a level with a train moving past in the background, rain in some levels, or even night time. It all helps to add to the variety. 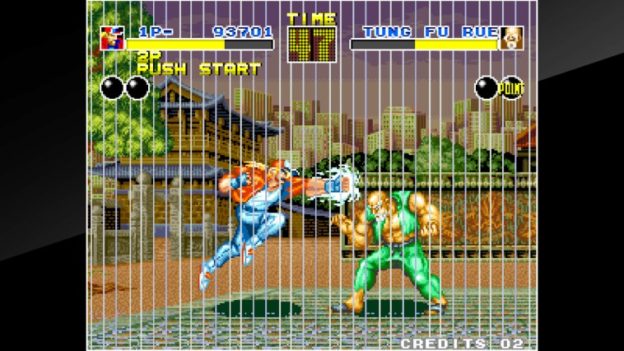 The best part about this version is that you also get a special menu that allows all types of customization, from simple things like removing the number of credits displayed to adjusting the game’s difficulty. The screen that shows these options is plain black, like something a game developer or hacker would see – it feels like you’re peeking inside an arcade box and tinkering with the game itself.

Overall this is a fun little fighter that gave me a good distraction, albeit for a short time. As one of the original fighting games of the early 90s, fans should enjoy the retro feel. There’s not a lot of variety in the fighters or the gameplay, so think about whether it’s worth your US$7.99. The extra modes do give it some replayability, making it good, old-fashioned fun that can be played on the go.

There’s a lot under the hood in terms of modes and customization, but a limited number of fighters and moves. Overall, it’s a fun game for fans of 90s fighting games.