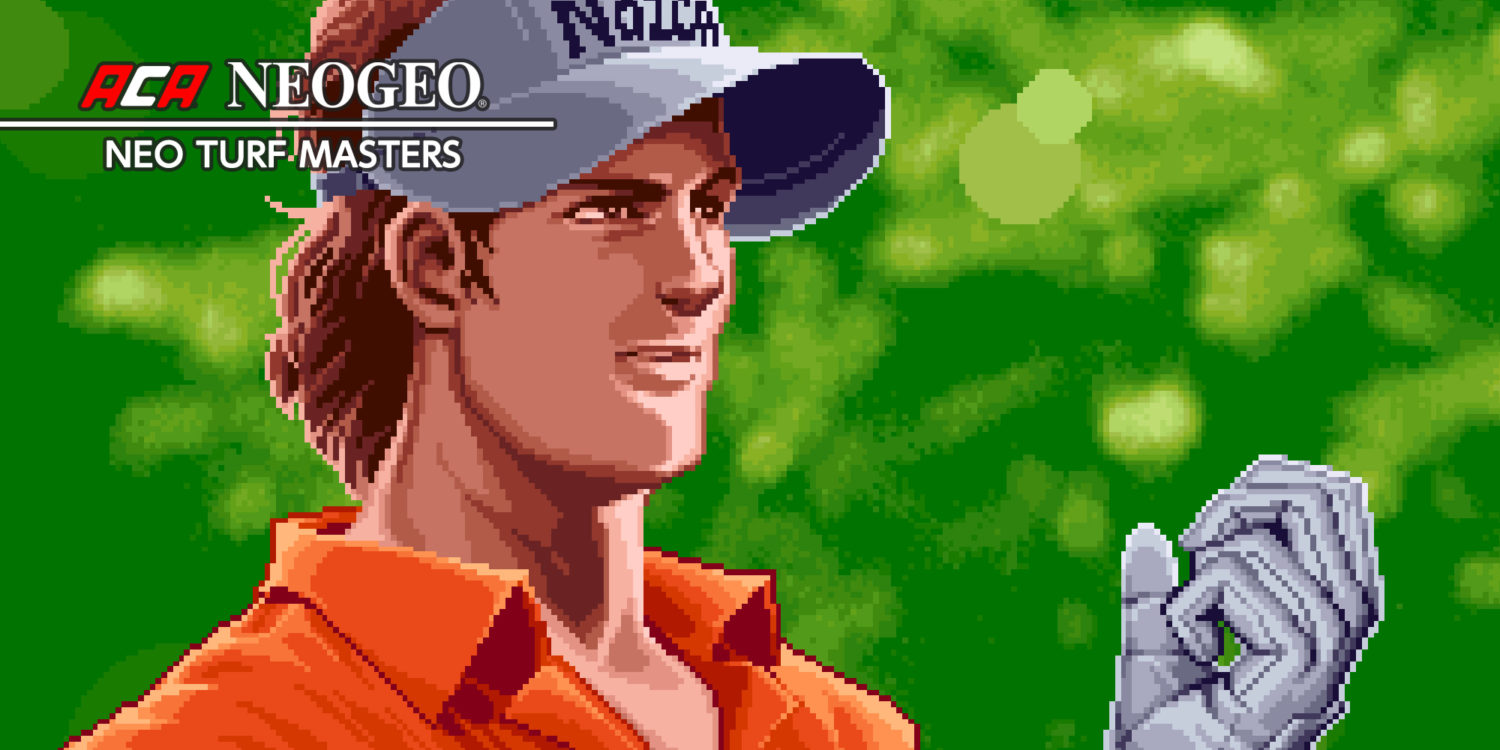 Ah, Golf. Some call it the sport of kings, a past time solely reserved for the rich and powerful. Be that as it may, it might come as a shock to some of our readers to find out that I am not a part of the world’s golfing elite. Like many people from humble origins such as myself, I lack any skill or talent necessary to play the game of golf. So, what is a poor schmuck seeking to partake in the sport to do? Why you turn to video games of course. ACA Neo Turf Masters is part of the ACA NEOGEO series published by Hamster Co., and it faithfully recreates the arcade experience on your Switch. Now you can golf on your Switch anytime you want, no expensive country club membership required. 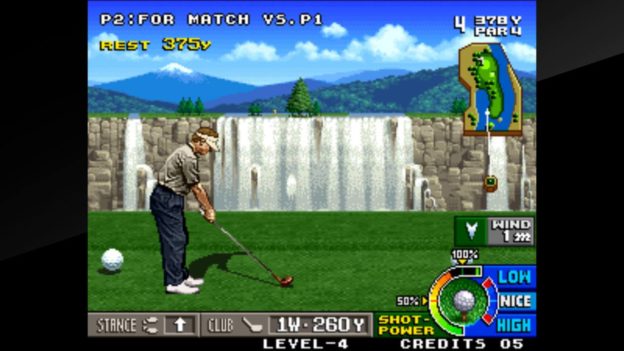 In the looks department, Neo Turf Masters is certainly easy on the eyes. Like most NEOGEO arcade games, graphics are colorful and detailed, while the animations are silky smooth. You can choose from four different golfing locations: Japan, U.S.A., Germany, and Australia, and you’ll be playing through some beautiful landscapes in each one. Six golfers each with distinct golfing styles are available to select as well, but I did notice that each golfer shares the same face, albeit slightly edited to appear different. This is kind of a bummer since I would have preferred more unique looks for the characters you play as, but it’s only a minor complaint. The music that accompanies you on your golfing journey is nice and relaxing, making this a great game to unwind with. The cutesy, robotic voice that updates you on your status in the tournament is humorous as well. 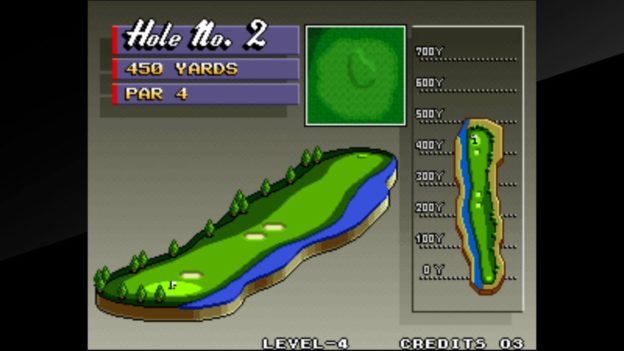 One of the great things about arcade games is that they are inherently easy to pick up and play, with Turf Masters being no exception. As someone who is mostly unfamiliar with the golfing genre, I was cutting and slicing my way around trees to make tricky shots in no time. When starting out on a hole, you’ll be presented with a layout of that course along with the number of shots required to make par. Once you get out onto the green, the game looks fairly familiar to those who have played golfing titles before. You have a power meter, which you’ll need to time your button presses correctly in order to get the most out of your shot, a map of the course, a wind gauge, and a selection of clubs to choose from. 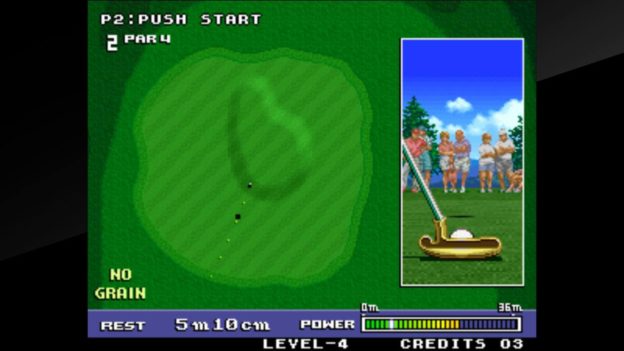 The game does a great job of selecting the right club and position for your golfer to stand to make a great shot, but of course you can make any tweaks (such as cutting or slicing a shot to curve the ball around obstacles) that you want with the D-pad. Putting is also a simple matter, as the game will tell you the direction the grain of the grass is, and even how strong your swing should be. Sinking the ball is simply a matter of aiming your swing appropriately and getting close to the recommended power for your shot.

In addition to the Stroke play mode (a standard golf tournament) that can be played alone or with a friend, you also have the option to go head to head in Match play (2P battle mode). Add in the high score and caravan modes that let you compete for a spot on an online leaderboard, and you have some nice replayability. 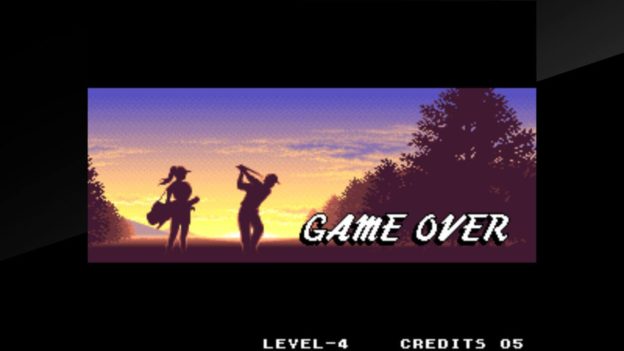 If you’re looking for a deeper experience on your Switch, or simply don’t enjoy sports games, then this might be a title to pass up. However, for those who enjoy golfing games or simply want a game you can either relax or compete with, there is some good fun to be had here. At $7.99 on the eShop, the graphics and animations look great, and the reactions each golfer has to their score after they complete a hole are hilarious. The controls are easy to pick up and there are plenty of options to tweak the look and difficulty of the game. For someone who normally wouldn’t touch a golf game, I found myself having fun with Neo Turf Masters.

On par for fun

Neo Turf Masters is fun and easy to pick up and play whether you are new to the golfing genre or a veteran. With plenty of play options and nice visuals, there is a lot to look forward to if you’re a fan of golf.