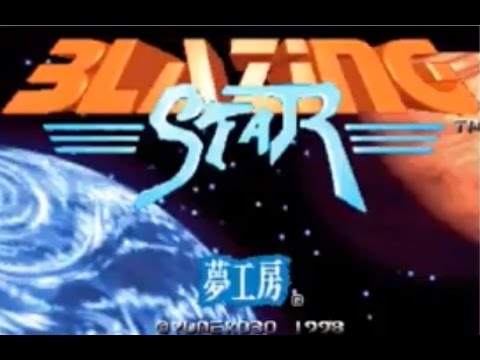 Blazing Star doesn’t want me to succeed, I’m convinced of it. It’s impossibly hard and throws on-screen lines at you like, “Are you serious?” when you’re shot too quickly. I’ve also been told that I lack skill when I’ve taken too long to defeat an enemy. Yet somehow, I still progress to the next level. And somehow still wanted to keep playing.

Blazing Star is another classic release from the NeoGeo era, bringing that retro arcade feel straight to your Nintendo Switch. I’m not sure if I’ve played Blazing Star before, but I’ve played something like it as a bored 90s kid at my local Time Zone. Blazing Star is a scrolling shooter where you pilot a plane with two simple goals in mind: shoot everything in sight, and avoid oncoming fire from your enemy. 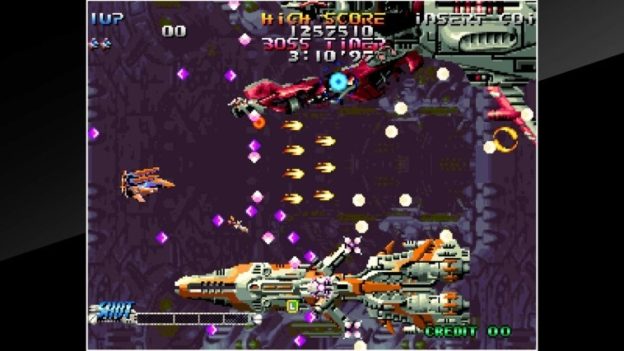 The first one or two levels are relatively easy to finish. But as the game progresses, more and more enemies fly at and shoot you, and things become hectic. Suddenly, you’re not just in a skirmish or a battle, but a full-blown war. And I found that I actually really enjoyed this intensity, and the fast-paced music that matches it. When planes and mech-suited enemies came flying at me, combined with that retro vibe to the graphics and music, I felt like I was trapped in a sci-fi world set in the likes of Astro Boy. And it kinda made me smile.

There’s not much of a story to go with the game, but there are several planes to choose from. Each one brings different weapon types to the fore, and you’ll want to try each to see which suits you best. Plus they’re different colors, so you could always just pick the green one. There are also plenty of power-ups to collect along the way to increase your firepower. 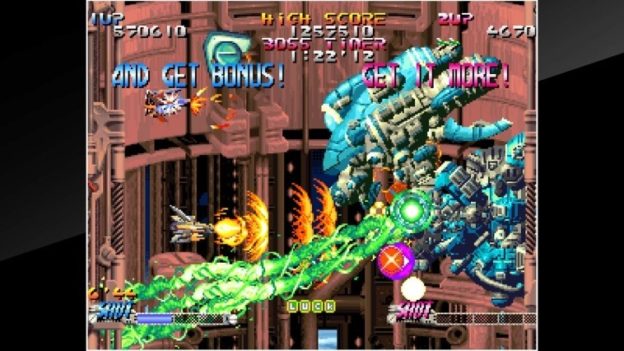 The game plays fairly smoothly, and is a real blast in two-player mode. I did notice a slight lag in later levels when there was just too much happening on the screen at once. It’s almost like you can see through time. The controls are great, with almost every button acting as your trigger. Mashing said buttons is essential.

I can only imagine how many coins were spent on this game back in the day, since I greedily kept pressing the left shoulder button for more and more credits in order to continue. It’s so easy to have just one more go, as a little voice inside me liked to whisper. If you want to enhance your skills though, it might pay to limit your continues, then start from the beginning again. 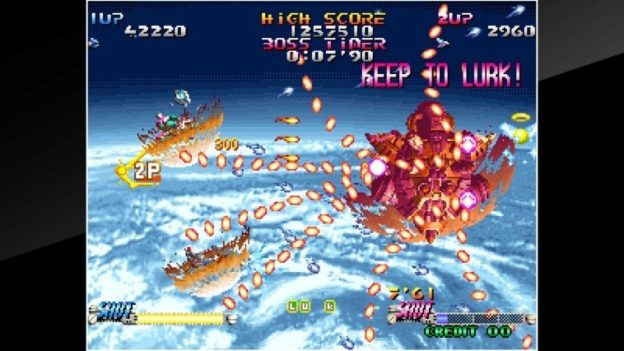 Overall, Blazing Star is super intense, but also very fun. It’s not the longest ride (if you keep pressing continue like I did), but it’s one you’ll come back to again and again, especially with the two-player mode and online rankings on offer. The game is hard – it really is out to destroy you – but there are save points and unlimited continues to get you by.

This is one tough game – a shooter with attitude that won’t let you forget it. With plenty of options and an upbeat soundtrack, Blazing Star is also a fun ride.