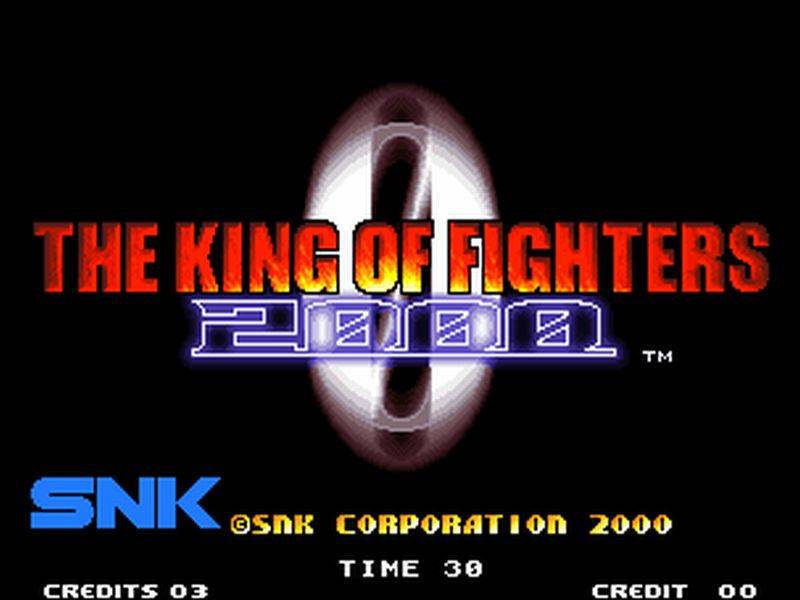 The King of Fighters is a fighting game series that ran annually from 1994 until 2003 (with a few other random titles since then). The King of Fighters 2000 marks the seventh entry and my first experience with the series. Did I enjoy it? Let’s find out.

Firstly there’s the sheer number of fighters. There’s plenty of variety here with a huge roster of 34 characters to choose from. It gives the game a lot of depth, with different fighting styles to learn to use and defend against. Characters vary from petite girls to giant guys, with everything in between. I tried out most of them and they all move a little differently, with some quite easy to use and others … not so much. There’s a little trial and error required as you find your best fit, which adds some longevity to the game. 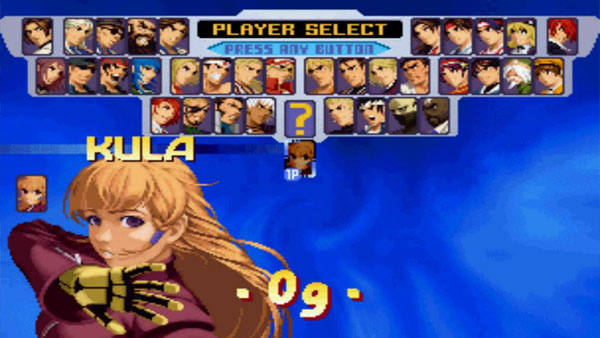 To make things even more interesting, you need to choose four characters at once. Three will be your fighters – to be used against three opponents – with your fourth as a Striker. Again, this adds a lot of depth to the game since you’re not following the path of one sole fighter on a quest to save the world (or something). Now you have a team of fighters working together – that’s three chances to take down the opposing team.

Then there’s that Striker character, which strives to add some strategy to the game. He or she can be called upon during a fight to back you up in combos and such. It’s a system that was actually introduced in The King of Fighters 1999 with varying fan reaction, and the 2000 version shakes things up again by allowing you to choose an alternate version of your Striker. I’m not entirely sure what the alternate version does for you, but the Striker concept itself is a fun addition that livens up the gameplay and further differentiates the game. 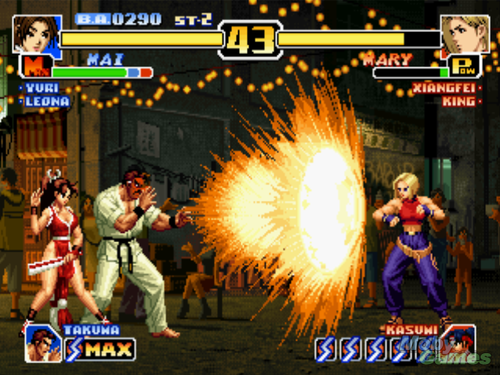 One of the best parts of this game is the graphics, which look crisp and colorful in that late-90s way. It looks great overall, with well-designed backgrounds and clear sprites. The audio, too, is well done, with a great soundtrack that accompanies bouts with a tempo that’s fast enough to engage but not so much that it distracts. 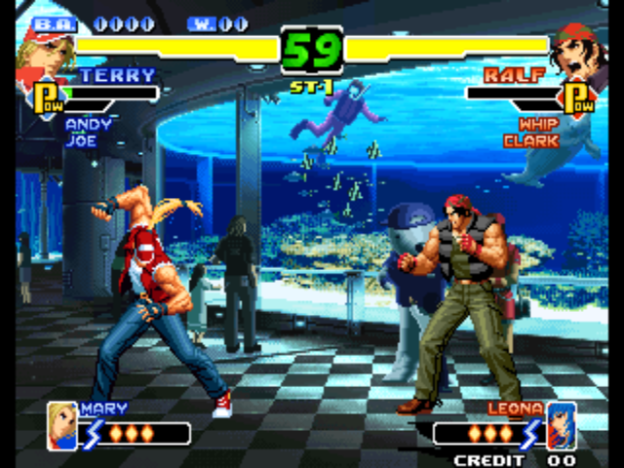 As always with these ACA releases, there are several extra options that make you feel like you’ve got backstage passes to a secret gig. You can choose between the original Japanese or English versions, as well as Caravan or High-Score modes. You can also tinker with the settings by creating save points or just giving yourself a ton of credits – which you’ll need (at least I did) to get anywhere. These options all add to a more accessible game, which is always a good thing.

Overall, The King of Fighters 2000 is a fun and challenging fighting game that provides plenty of content and new ways to duke it out. It’s a fun multiplayer game at home or on the go and makes a decent companion for any Switch owner looking for a fight. I’m definitely more comfortable with Street Fighter II, but this makes for a nice change.

The King of Fighters offers plenty of characters and interesting twists on the usual one-on-one fighting style. It makes a good fighting companion for anyone looking for some on-the-go fighting action.