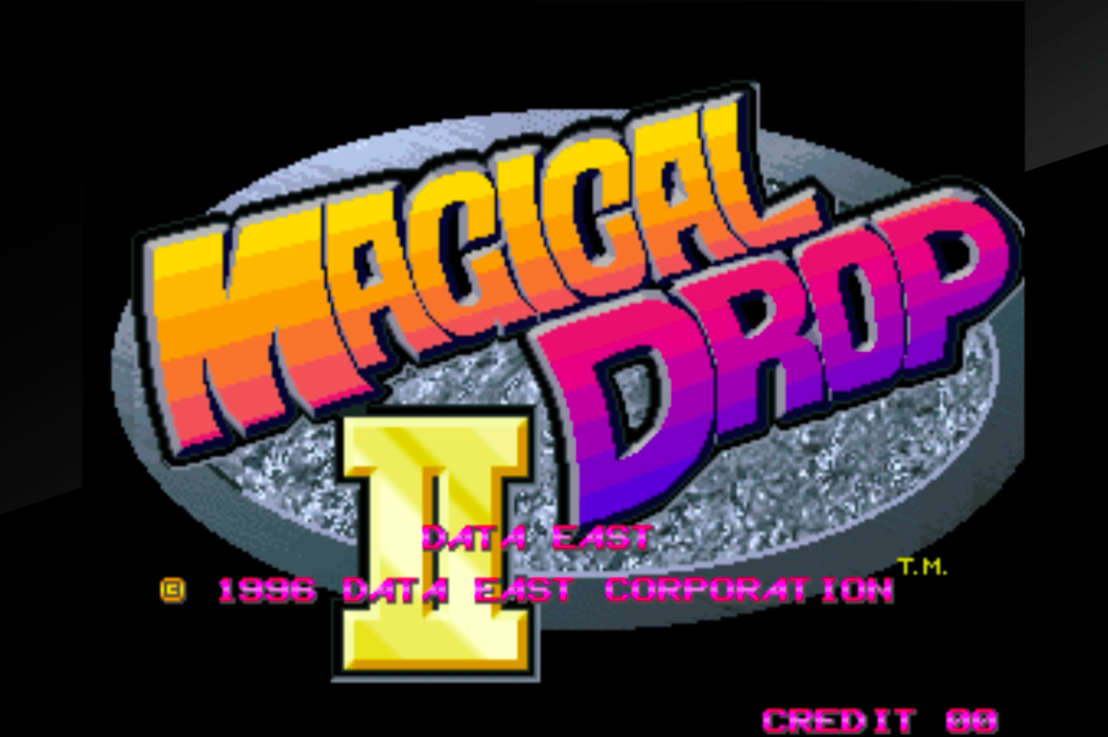 Magical Drop 2 is a puzzle game that was originally developed by Data East and released in 1996 into the arcades. It now joins the army of NEOGEO ports on the eShop available to you thanks to the fine folks at Hamster Co. With so many titles to choose from, what makes Magical Drop 2 stand out from the crowd? The fast action and colorful characters will no doubt make this a fun game to add to your collection if you’re a puzzle game fan. 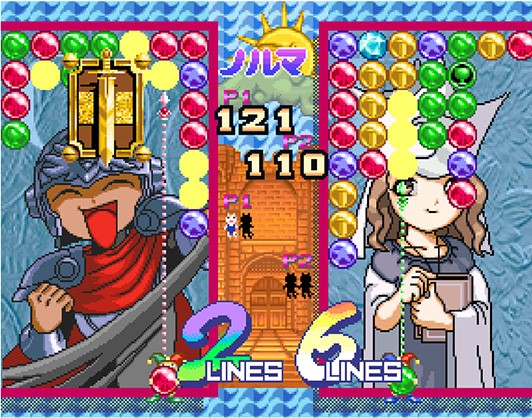 Magical Drop 2 is a standard match three title. Using the little clown on the bottom of the screen as your guide, you simply gather three or more of the same colored balloons to eliminate them from your playing field. The more balloons you can eradicate in succession, the higher your combo will be, and that in turn puts more pressure on your opponent. In addition to normal balloons, there are also ice and item balloons. Ice balloons can only be destroyed by matching three of the same color next to them, and including an item balloon in your colored match will activate one of your special abilities to help give you an edge. The pace of each round of Magical Drop 2 is fast and frantic, with those who are especially good at planning ahead being awarded with immensely satisfying combos that can decimate a rival. 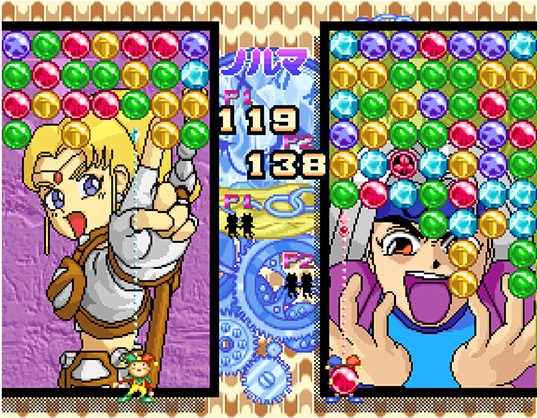 While the main draw of the game is duking it out with a friend in Vs mode, Magical Drop 2 has a pretty solid single player experience. In puzzle mode, you’ll compete to see how long you can survive in an arena constantly filling up with more balloons. The longer you survive, the harder it becomes and this is a great mode if you’re on the go and want to get into the action quickly. On the other hand, Vs CPU mode lets you take on a computer controlled opponent, with the difficulty increasing with each rival you defeat. For this mode, you get to select a character to play as, and each one of the colorful cast has their own special abilities to master. In addition to this, if you play on the Japanese version of the game (which is available for you to select on the title screen) you can play the Japanese exclusive Hirameki mode. This single player experience has you solving preset puzzles against a timer, and I found myself being drawn to this mode for quite some time. 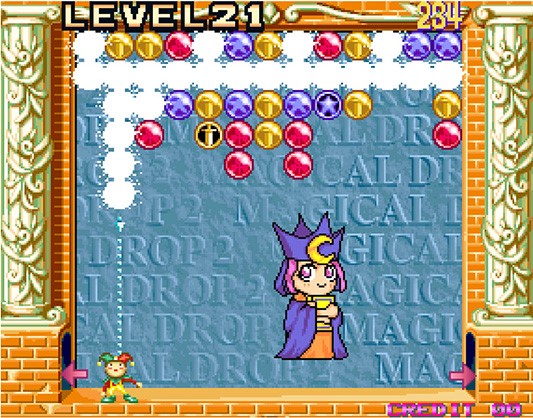 In the looks department, Magical Drop 2 isn’t particularly impressive for an arcade game, but the cutesy animations that each character has as they react to what’s happening on screen adds so much charm to this title. As you rack up combos and place pressure on your opponent, your character will act smug and taunt the other player. Of course, if the tides turn, you’ll see your chosen hero start to panic. These little animations are done well and they really add a flair to the game that keeps things from going stale visually. As for the music, while it certainly isn’t memorable, it does its job well enough to suit the action on screen. The only downside has to be the sound effects the characters make whenever you make a combo, as I found them to be annoying after a while. 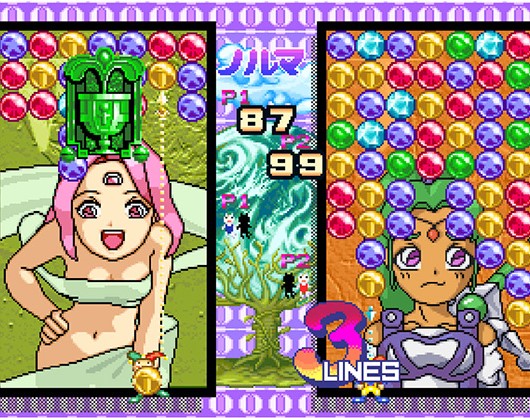 For a puzzle game, Magical Drop 2 has a ton of charm and personality thanks to its colorful animations. The action is fast and frantic, and the ability to move around balloons at will to set up combos means you can get quite good if you’re the competitive type. Thanks to the efforts of Hamster Co., this version of the game gives you access to the Japanese only Hirameki mode, as well as the high score and caravan modes which let you compete for a spot on an online leader board. If you’re looking for a puzzle game that you can take on the go or challenge friends to, then Magical Drop 2 is definitely a good time.

With fast action and colorful characters, Magical Drop 2 makes for a fun puzzle game experience whether you play alone or with friends.