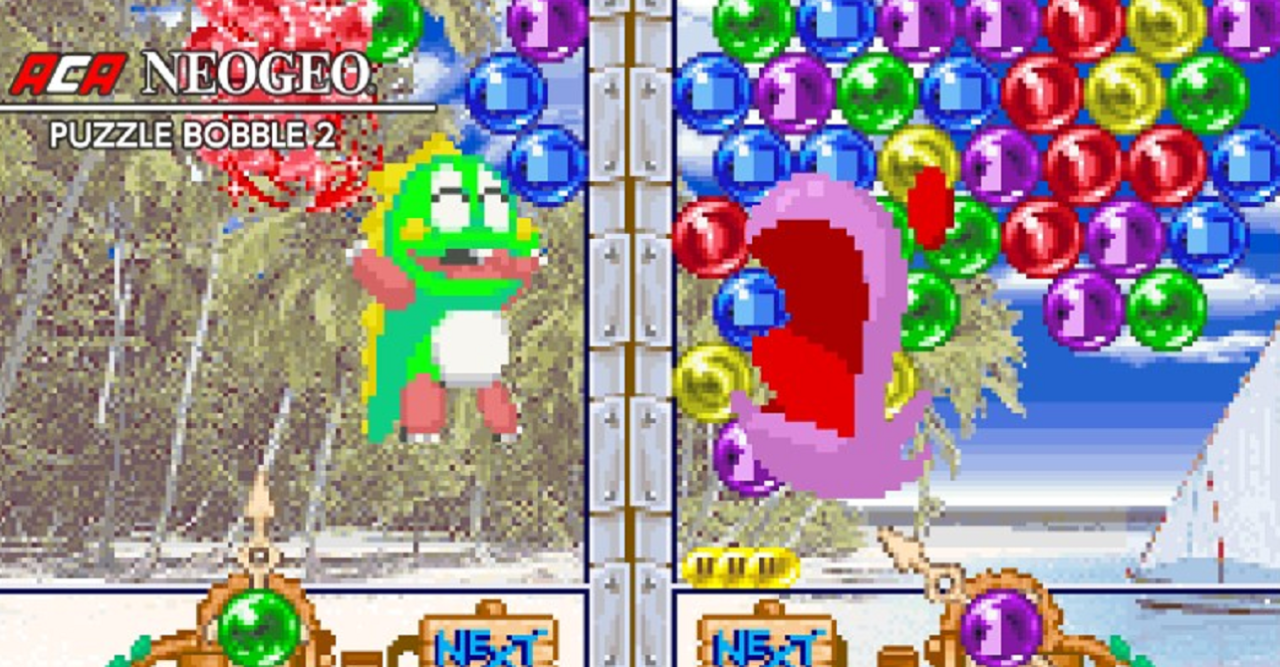 Puzzle Bobble 2 (or Bust-A-Move) was a very easy purchase for me. Ever since the original released on Nintendo Switch as part of the ACA NeoGeo line back in December, I’ve been wanting to play the sequel. With more levels, improved visuals, and more, it’s a great follow-up. 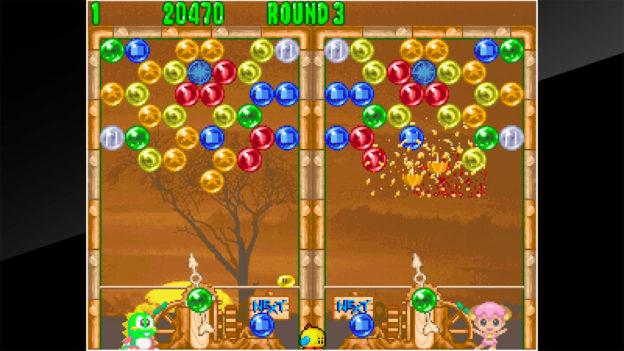 Probably the biggest new feature is the branching map. While it’s nothing noteworthy in the series nowadays, at the time it brought a great deal. The choice in destination equaled more levels, more variety, and more endings, all combining for much higher replay value. 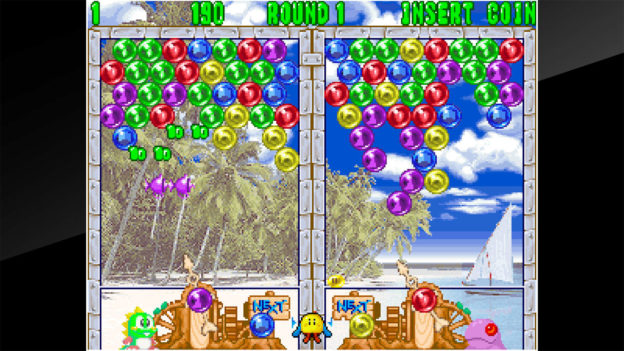 Other changes are also worth highlighting. The colorful backgrounds in Puzzle Bobble 2 now often show digitized locales, bringing a level of detail that the prior game, while visually charming, lacked. There’s also the thrill that comes from hitting the star bubble (one of several new ones) and watching every bubble of a certain color vanish! 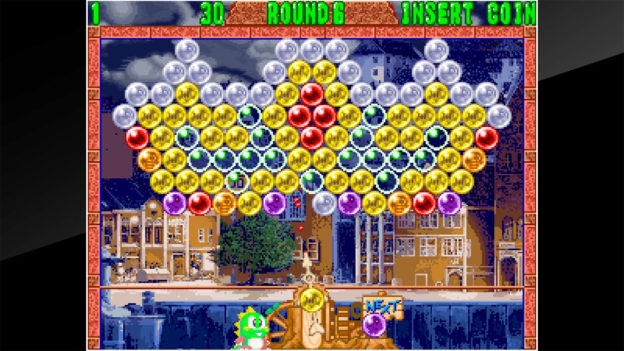 Of course, everything you really liked about the original game is still present. The music remains as catchy as ever, and the two-player mode is still great. You can now also challenge the computer in multiple difficulty settings. Not as enjoyable, but a fresh option for when you still want competition while playing solo. Throw in the usual ACA features to further breathe life into the release. 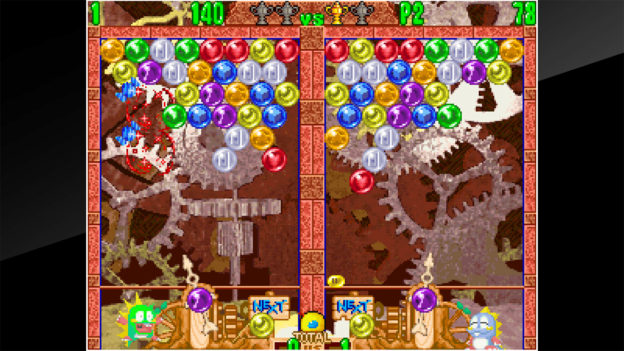 While many other puzzle games from that time have been forgotten, Puzzle Bobble 2 has endured. The series has a wider appeal than other games that challenged it. Even though I already own this sequel on the Nintendo 64, I’m happy to have it on the Switch. Yeah, it’s missing the Time Attack mode, but it’s a small loss. With its increase in content, improved graphics, computer challenge, and more, Puzzle Bobble 2 is a great sequel that’s not to be missed. Enough talk, it’s time to play. 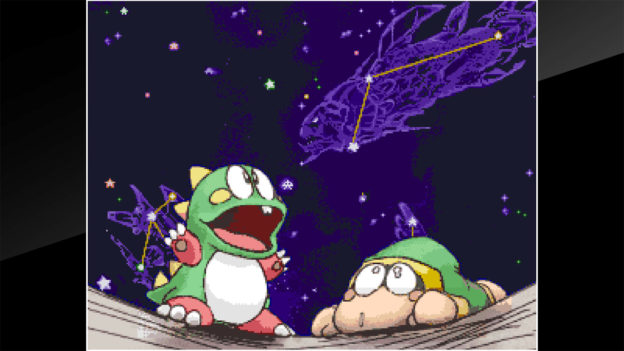 While many other puzzle games from that time have been forgotten, Puzzle Bobble 2 has endured. The series has a wider appeal than other games that challenged it.