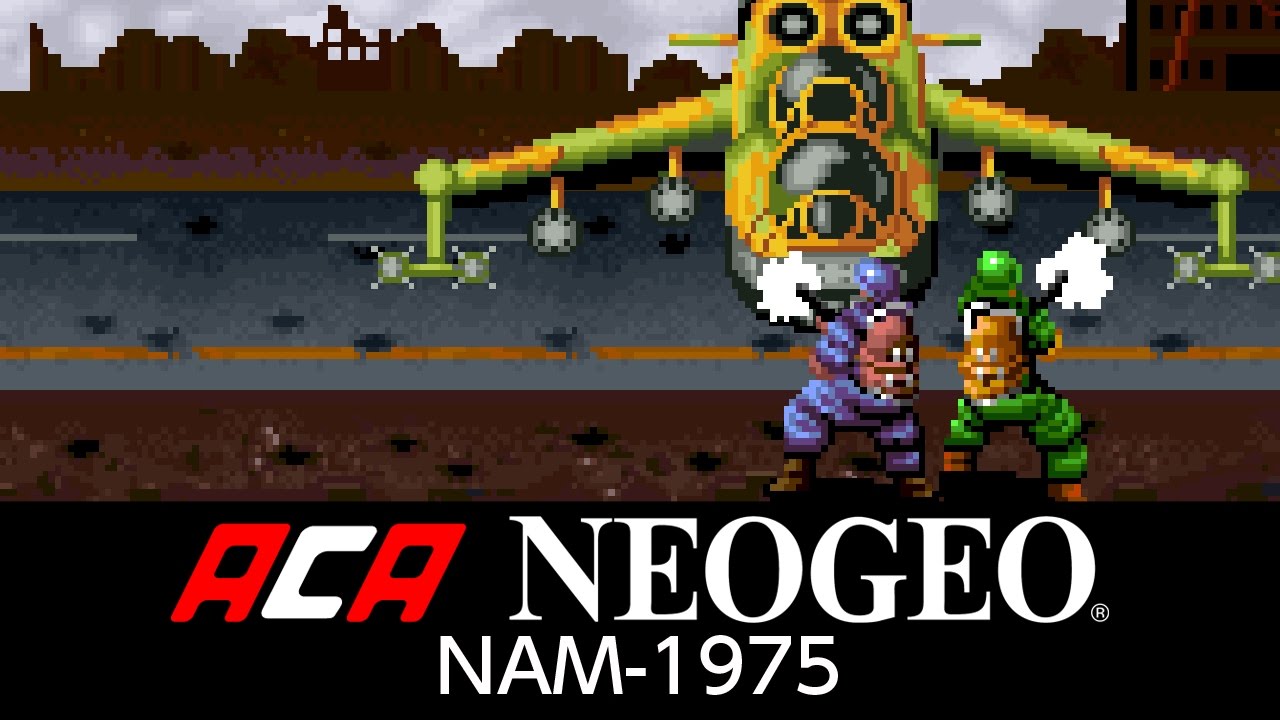 NAM-1975 is an action game with shoot-em-up elements, and it holds the honor of being among the first titles to be released on the NEOGEO arcade system. As part of Hamster Co.’s ever-expanding ACA NEOGEO series, NAM-1975 offers a fast-paced and challenging experience for those willing to take the time to master the controls. 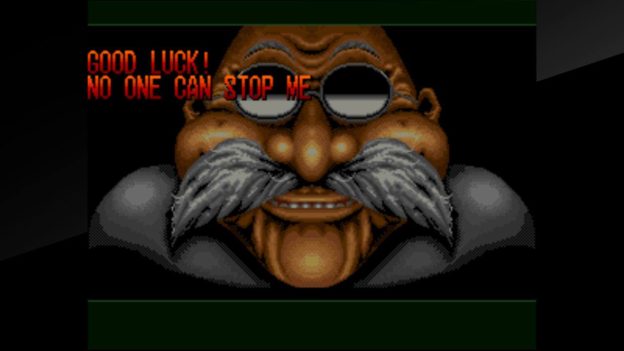 The story has you take control of a soldier from the U.S. Special Forces Unit as you fight your way through a war-torn Vietnam in order to rescue the kidnapped Dr. Muckly and Nancy. While the story may be basic, like most NEOGEO titles, NAM-1975 has a nice color palette with lots of dark colors that help build a foreboding mood. Animations for the enemy and your character are decent, and there is a lot happening on the screen at any given time. The music is where the game suffers the most in the presentation department, as none of the tracks are memorable, and the voice acting in the cutscenes is pretty poor. Keeping in mind that this is a game that debuted early in the NEOGEO’s life, the game is still eye-catching and a joy to see in action. 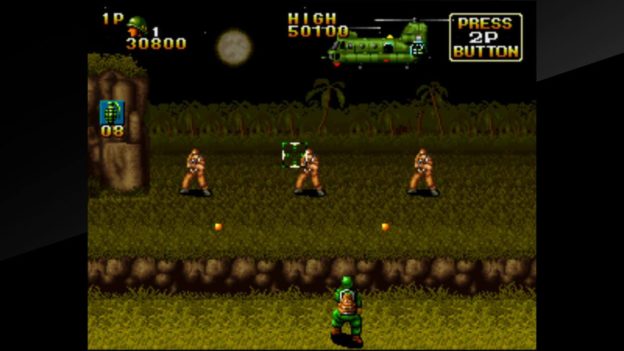 Controls for the game may seem a little odd at first, but they become second nature after a little practice, especially if you’re familiar with the classic NES title, Cabal. You’ll control your character’s left and right movement as well as the aiming crosshair with the control stick, while the Y-button fires your machine gun. As you hold down the fire button, your soldier will stay in that spot, allowing you to move the aiming reticle much more freely. This may seem incredibly odd at first, but after a short amount of time you’ll be pulling off shots like a world-class soldier. You also have a special weapon (grenades) that can be used with the X-button to dish out extra damage, and more importantly, you’ll be able to dodge incoming enemy fire with the B-button. Dodging attacks can be tricky in this game, as depending on the position of the control stick, your character will perform different actions. Holding the control stick in the upper-left or upper-right positions will make your soldier sprint in that direction, and placing the control stick in the lower-left or right position allows you to perform a special dive so you can dodge enemy fire. Much like the aiming, it may take some time to get used to the way dodging works, but once it clicks, it becomes a natural process. 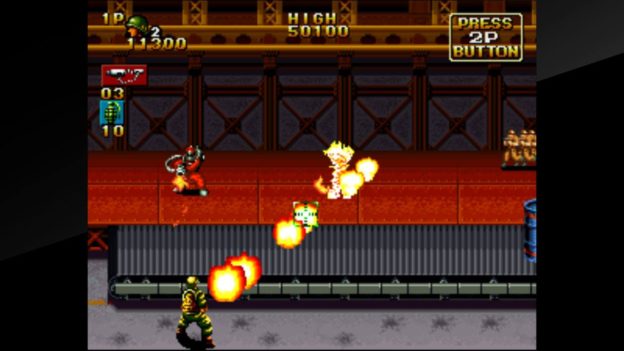 With just three lives to start and one hit insta-kills, expect to see the continue screen quite a bit as you make your way to where Dr. Muckly and Nancy are being held. Enemy fire comes at you fast, and at times you’ll find yourself dodging more than returning fire. Luckily, you can find power-ups throughout the stages, and having access to a faster rate of fire or the mighty power of the flame thrower can help give you an edge. End stage bosses will definitely test your reflexes, as things can get pretty hectic, but unlocking the next part of the story via a cutscene is a nice reward, even if the voice acting is subpar. 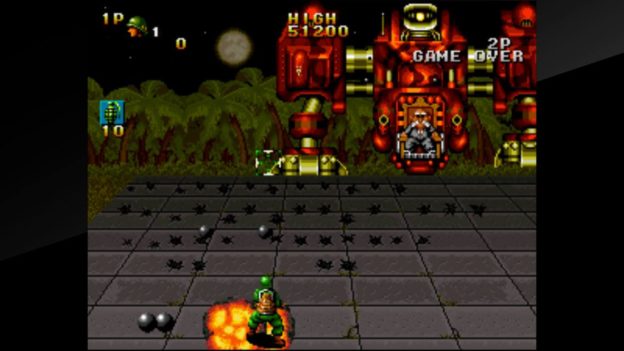 As a part of Hamster Co.’s ACA NEOGEO Collection, NAM-1975 isn’t a bad choice for your Nintendo Switch system at $7.99 on the eShop. Although the game lacks catchy music and the controls take some getting used to, the gameplay is still a lot of fun and the action can get pretty tense. Like all games in the NEOGEO collection, there are multiple game modes to choose from so you can choose how you want compete for a high score just like in the arcades. If the controls for the game sound frustrating to you, then you might not enjoy yourself with this title. However, if you’re a fan of the NES game Cabal, or the idea of an action game with shoot-em-up elements sounds like your cup of tea, then you’ll definitely have some fun with this game.

NAM-1975 may be one of the earlier NEOGEO titles, but it still manages to be fun even if the controls take some getting used to.