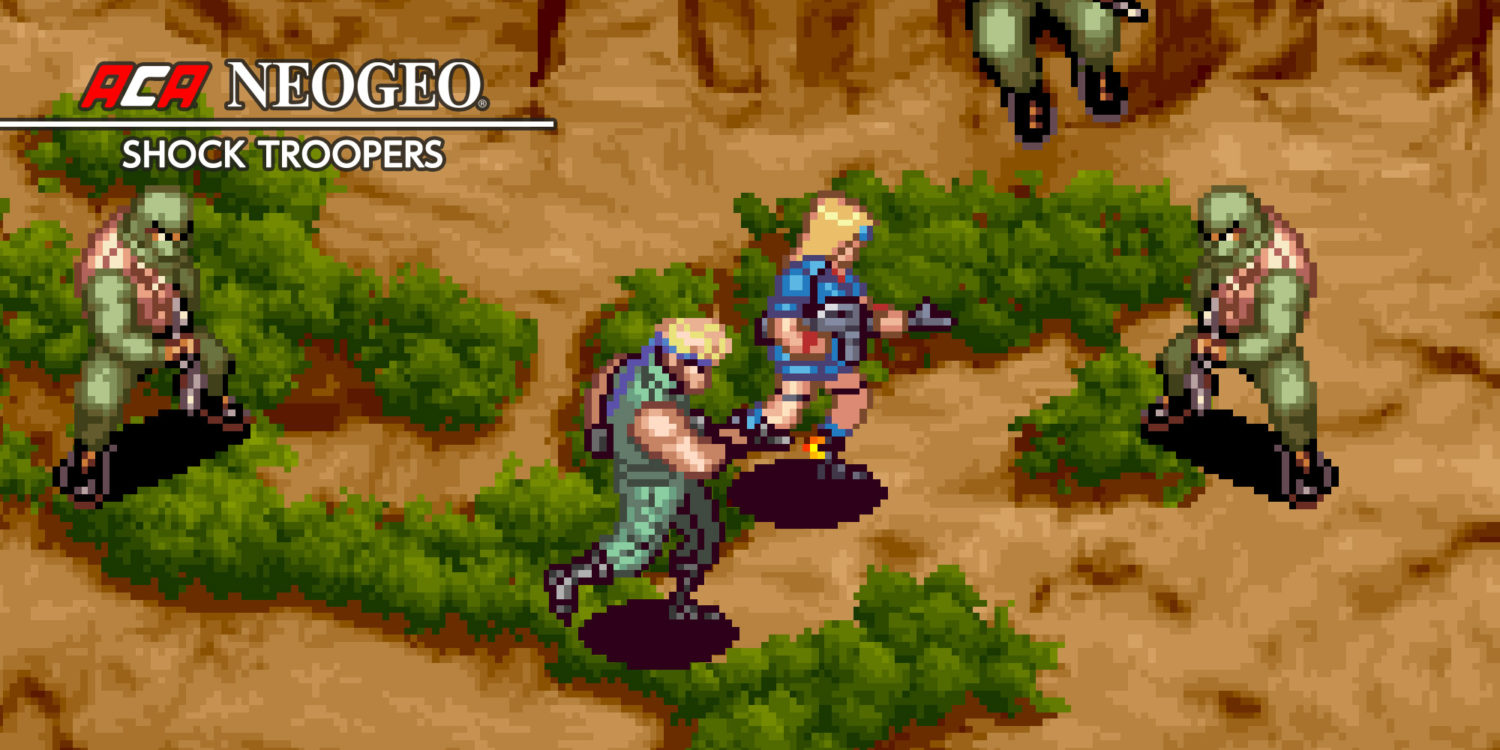 No matter your age, there is something magical about arcade games. The simple act of sinking a quarter into a machine and seeing how far your skill can take you through a game is addictive to say the least. Nowadays, just about any arcade title can be emulated, and the NEOGEO title, Shock Troopers, is one such game you can find on your Nintendo Switch. Published by Hamster Co. as part of their arcade archive series, the amount of in-game options available to you really allows you to recreate that arcade feel in this fun little action shoot ‘em up. 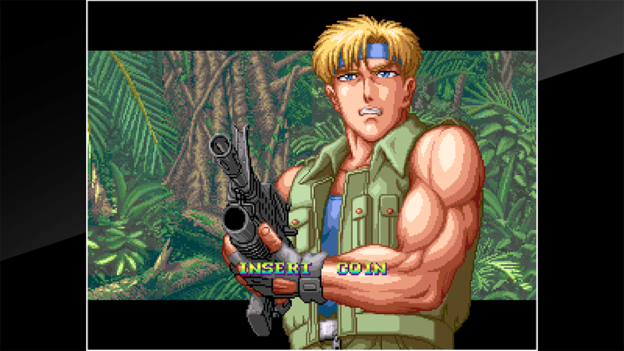 When it comes to looks, Shock Troopers sports some nice visuals and smooth animations. The different mercenaries you play as all have unique looks and victory poses, and the environments you explore are filled with enemies and destroyable objects. As a reward for clearing a stage, you’ll be treated to a mini cutscene that serves to tell the story, and although they are short, the pixel art is great. There are even options to add in a filter which creates scan lines on your screen, mimicking the CRT screens that you would find on an actual arcade machine. The music that accompanies the game is fast paced and energetic, which really gets you in the mood to unleash chaos on your foes, the bloody scorpion gang.

As a group of eight mercenaries tasked with rescuing the granddaughter of a scientist who is being forced to create a serum that will turn the bloody scorpion gang members into invincible soldiers, you’ll have plenty of playstyles to choose from. Some mercenaries, like Milky, seem to take more damage from hits in exchange for greater moving speed, and others, like Big Mama (my personal favorite), are much slower, but able to take more hits while dishing out the damage. You can choose to play the lone wolf mode where you stick with one character throughout your play session, or you can mix things up in a team mode where you can play as three different mercenaries, one for each life the game gives you. 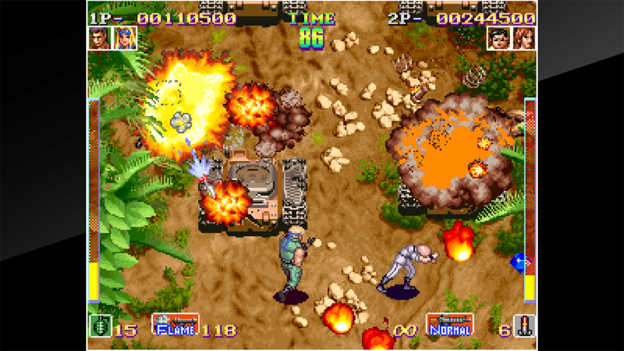 Like any good arcade game, the controls are simple to learn, but take some time to truly master. You’ll use the control stick to move, while the Y button fires. Holding down the fire button will lock your character’s direction of fire in place, allowing you to strafe. The B button allows you to perform a dodge that will grant you immunity from incoming enemy projectiles, and the X button will launch one of your heavy attacks such as grenades or rockets. Each mercenary has their special heavy weapon, and its great fun playing as each one in order to find your favorite. It’s also important to note that pressing the Y button near an enemy will allow you to perform a melee attack, and defeating enemies this way can net you extra health and ammo for your heavy weapons, so it creates a nice risk vs reward mechanic as you make your way through a stage. Don’t like the sound of the controls? No worries, as you can easily configure everything from the button you use to add more credits, to the fire button all in the game’s menu.

Playing through the game’s story mode in either the American or Japanese version (the only difference I could spot was some of the animations were different and some soldiers were smoking cigarettes in the Japanese version), is great fun alone or with a friend via co-op. You choose whether to take the Jungle, Mountain, or Valley route to the Bloody Scorpion headquarters, and you have the option to change routes halfway through the game. Each route has its own unique challenges, and it’s worth replaying the game to check out each route. If you get tired of the story mode, you can always try caravan mode, where you have two minutes to rack up as high of a score as possible and earn a place on the online leaderboards. High score mode is similar in concept, except you continue playing until you run out of lives, and there are no continues. These modes add plenty of replayability to the game, and the online rankings recreate the joy of honing your skills in order to climb higher up the leaderboard. 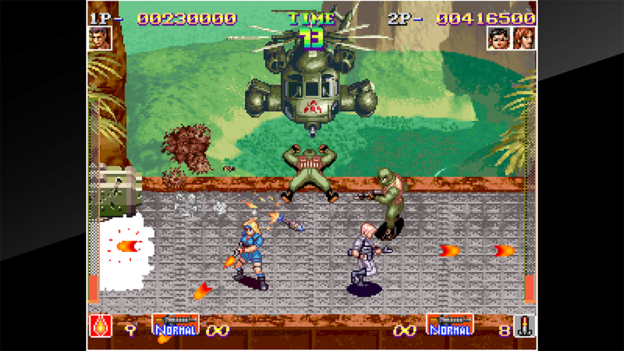 For $7.99 on the eShop, Shock Troopers is a fun little arcade game that’s just as comfortable to play at home on a pro controller as it is on the go with the Joy-Cons. The amount of customization available to you is impressive, and the multiple routes and different game modes offer some nice replayability. If you’re the type who enjoys arcade titles, consider picking up this game as you’ll most likely find yourself having a good time. However, if short, action-packed experiences aren’t what you’re looking for on your Switch, it may be best to look elsewhere.

Shock Troopers is an easy to pick up, difficult to master arcade title that is sure to please arcade fans with its online scoreboards and gameplay customization. Those who would prefer longer games might find the lack of depth disappointing though.