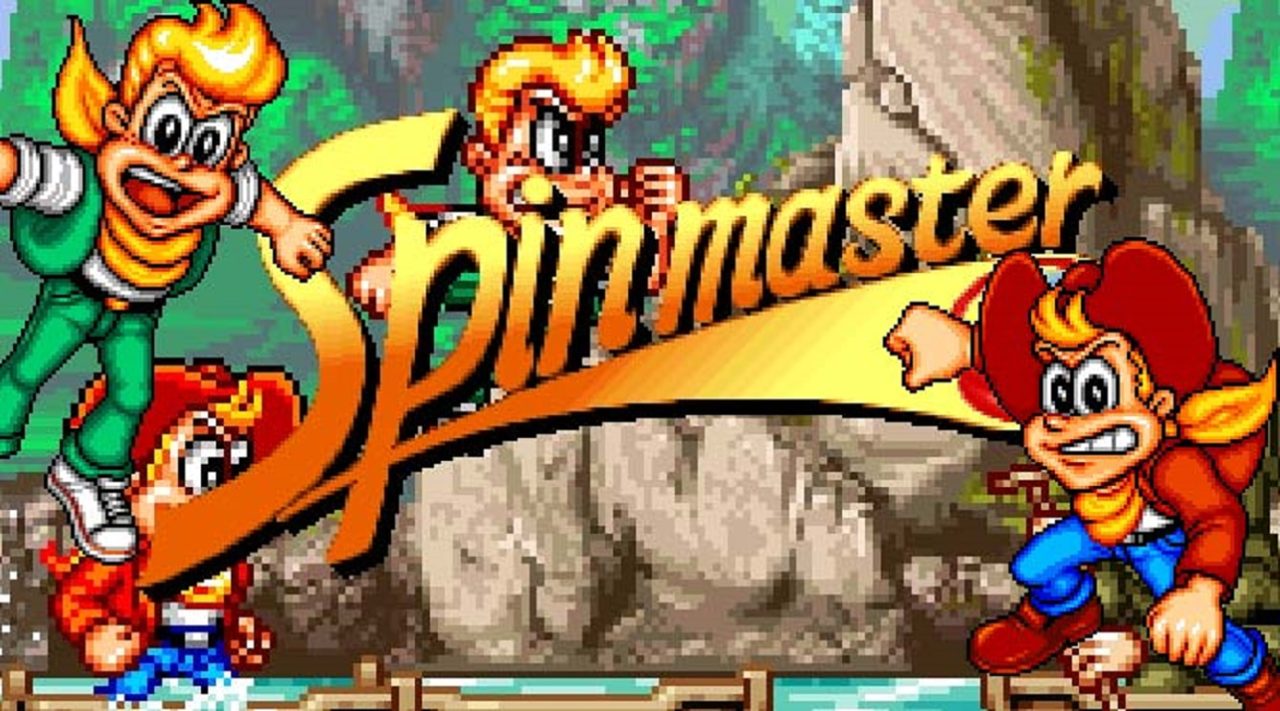 “Get ready for an extraordinary adventure! Enter a cartoony world full of miracles!”

Known as Miracle Adventure in Japan, Spin Master brings some side-scrolling arcade action to the Nintendo Switch. When a mysterious doctor acquires your part of a torn treasure map, kidnapping your girlfriend in the process, you set off on a rescue mission with the potential for profit. The game reminds me of an E-rated version of  Metal Slug, except Spin Master released several years before SNK’s series.

Right from the start I knew I was in for a playful adventure, as the characters are reminiscent to those found in Data East’s earlier title (and one I underappreciated as a kid) Dashin’ Desperadoes. The playfulness also extends to the weapon variety. While I really enjoy the default yo-yo ala Mike Jones of Star Tropics, you can also acquire bombs, boxing gloves, ninja stars, and more. Seeing how these deploy against the comical enemies in standard, power, and super attacks, gives Spin Master additional personality.

There are five stages with multiple scenes in each. My favorite is stage three, that starts you on top of the Great Wall of China before sending you careening down a river. The stages are short though. While a few let you pick between left or right, top or bottom paths, within a scene, there are not true alternate routes like some other Neo Geo titles to extend replayability. Thankfully the usual ACA features are present. I’ve found Caravan Mode leaves more of an impact in this game, and I’ve worked my way into the top 20 on the leaderboards trying to improve my score in five-minute stretches.

Spin Master still looks great in my opinion; I can only imagine what a head turner this was in 1993. The characters are a good size, everything is smooth, even with the game’s fast pace, there’s plenty of destructible objects, good color, details, etc. The music is nice, but tends to get overpowered by all the action sound effects.

This game leans more easy than hard, especially by Neo Geo standards. Having a health bar really helps. Playing co-op – good fun – is another aid. But with ACA features, you can adjust settings to provide more of a challenge if desired. Short but sweet, Spin Master is among the best ACA NEOGEO titles that Hamster has brought to the Switch yet.

Short but sweet, Spin Master is among the best ACA NEOGEO titles that Hamster has brought to the Switch yet.