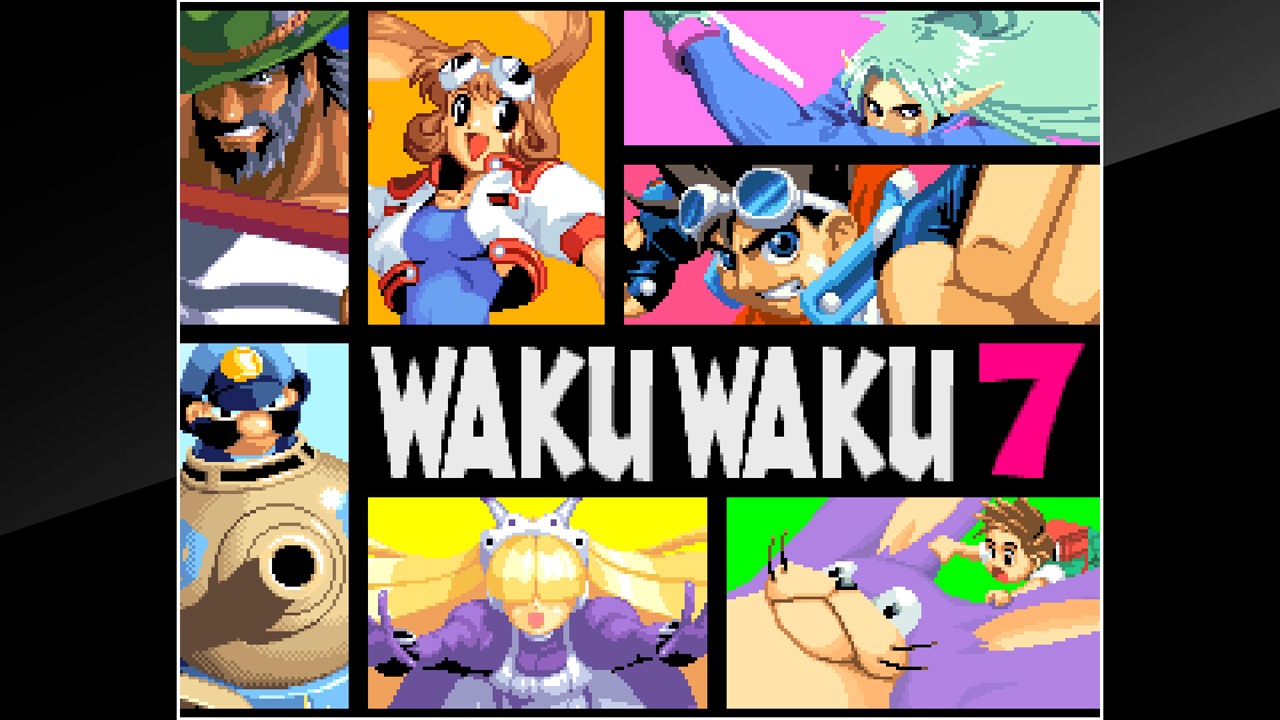 In the year 1996, cabinet arcade games were abundant, littering convenience stores, bowling alleys, and Chuck E Cheese knock-offs around the world. In fighting games such as Waku Waku 7, players would sink quarter after quarter into these cabinets, simply hoping to make it to the final match. In the world of fighting games, Waku Waku 7 is one of the wackier experiences, but still demands a more serious attention to your controls.

Waku Waku 7 is a fighting game which decided to do fun takes on other fighting games and anime which were popular around that time. For example, about halfway through the game’s arcade mode, you will face off against a sandbag wearing a headband who throws fireballs, and knows a few other familiar moves. Even for players who don’t understand a single reference, the game can be just as enjoyable. There are plenty of serious-toned fighting games out there, so it’s always refreshing to see a game take something and just have fun with it. 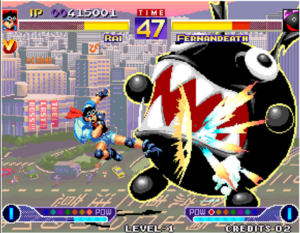 Since this game is a port of an arcade title, another menu was implemented so players can customize their experience. Players can not only customize the button layout, but change the screen size (16:9 or 4:3), language, difficulty, and even different sound set-ups. This port also has a built-in save system. Finally, the game includes a digital manual, where players can look up all of the characters button combinations, and information on the game’s other mechanics. 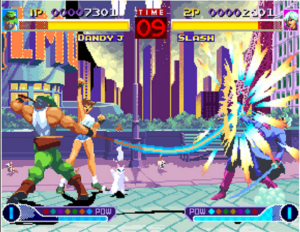 As is par for the fighting game genre, characters have a small variety of weak and heavy attacks, and further attacks which are activated via button and joystick combinations. Every character shares the same set of button combinations, but also have another unique set, carving further depth into each fighter. The difficulty in controlling one character versus another is not vast, meaning players won’t need to invest hours in them to gain a level of enjoyment out of the game. Players can also insert as many credits as they want, meaning they won’t have to start the campaign from the very beginning should they fall in a fight. 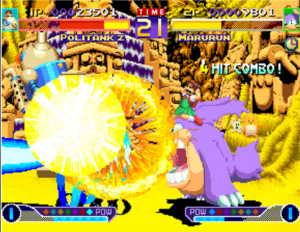 Controlling the characters does feel a bit sluggish most times, but I chalk this up to the game being a product of its time rather than any inherent fault. What gave the game an interesting spark was the ability to bounce off the side of the screen if the character was hurled. Immediately being able to charge back into the fray keeps the game’s momentum quick, and avoids a break in the action. Each character has an ultimate attack, but they take so long to charge, that often times it is better to stick to the standard set of attacks.

Outside of Super Smash Bros., my experience with the fighting game genre is minimal. Even so, I still got a certain level of enjoyment out of Waku Waku 7. The menu included with this port was especially helpful in my grasping the mechanics of this game. Fighting game veterans may be interested in this more obscure piece of fighting game history, and newcomers may find this a welcome introduction to the genre.