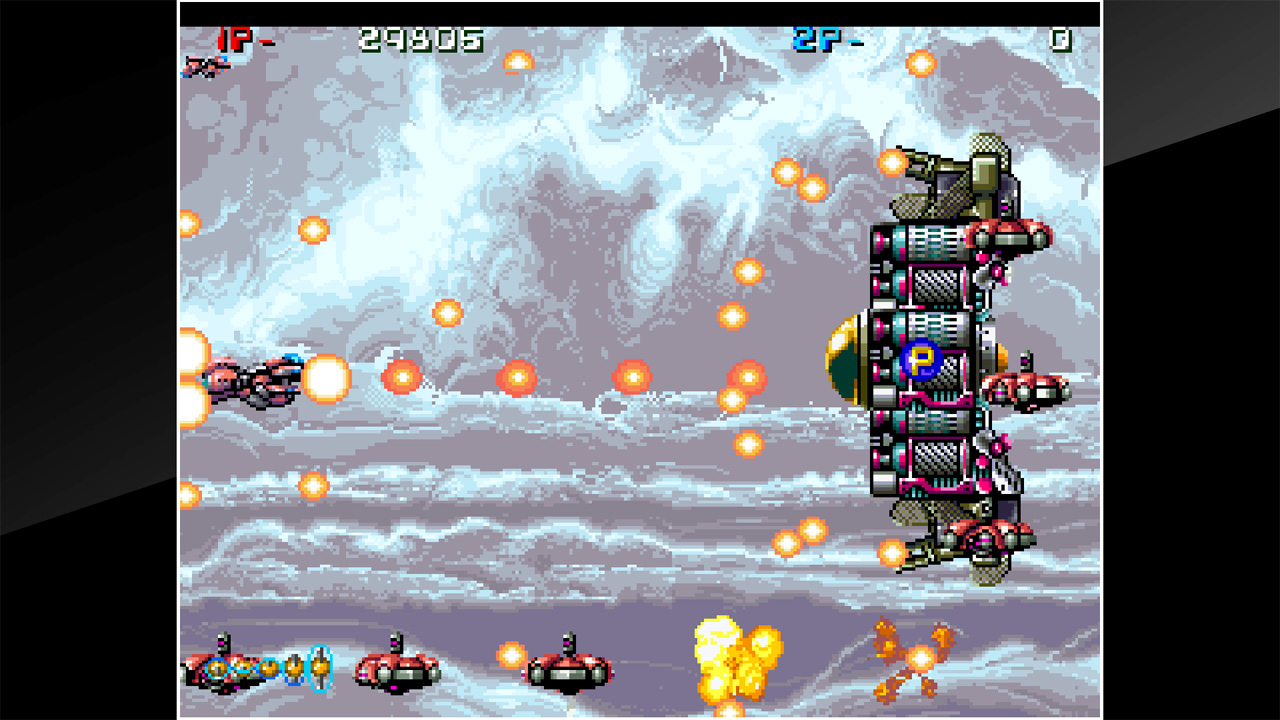 More shoot ’em up action has arrived on the Nintendo Switch, courtesy of Hamster’s ACA NEOGEO line. Zed Blade offers pretty standard gameplay, but manages to do just enough to stand out. It’s time to battle like it’s 1994.

When an automated space station’s computer goes haywire, you must traverse the solar system to bring things back under control. It’s the scope of locales that brings Zed Blade some excitement. It doesn’t leave the best first impression though, with the opening level feeling more like a military shooter. However, choppers, jets, and tanks will soon give way to much more interesting threats. By level 2, you’ll start combating a range of alien enemies. The diversity is pretty exceptional actually, as you never know what sort of crazy threat to expect.

You control one of three characters which translate to the speed of your ship. I like the fastest myself, given that the ships are sizable compared to some other shoot ’em ups. A bit of extra speed helps to make you slightly less of an easy target. You can also select from different front and rear shots, plus missile types. This promotes experimentation and replay.

The visuals are just decent by mid-90s Neo Geo standards. There’s a bit of unevenness, with certain backgrounds managing to impress, while others are just more on the functional side. Some parallax helps. Slowdown crops up on occasion, which is seeming to be par for the course with emulation of the ACA line. The musical tracks are sort of all over the place, but not in a bad way – think erratic techno. It’s more upbeat than I expected – a toe-tapping trip.

Zed Blade is most entertaining when playing with a friend. In fact, when my wife and I reached the end of the game, we immediately started up another one, albeit with different settings. Besides the number of lives, you can add continues, and even tweak the rate that free lives will appear. Good stuff for an arcade game that would otherwise have a formidable difficulty level.

There’s not much more I have to say. Zed Blade checks the all the right boxes for its genre, (including “Major Enemy” bosses), yet doesn’t really do anything to spread its appeal beyond non-genre fans. However, if you were a 90s arcade kid like I was, ACA NEOGEO Zed Blade is definitely worth considering. Compare it to other similar games in the line – this horizontal shooter might grow on you as it did me.

Zed Blade offers pretty standard gameplay, but manages to do just enough to stand out.