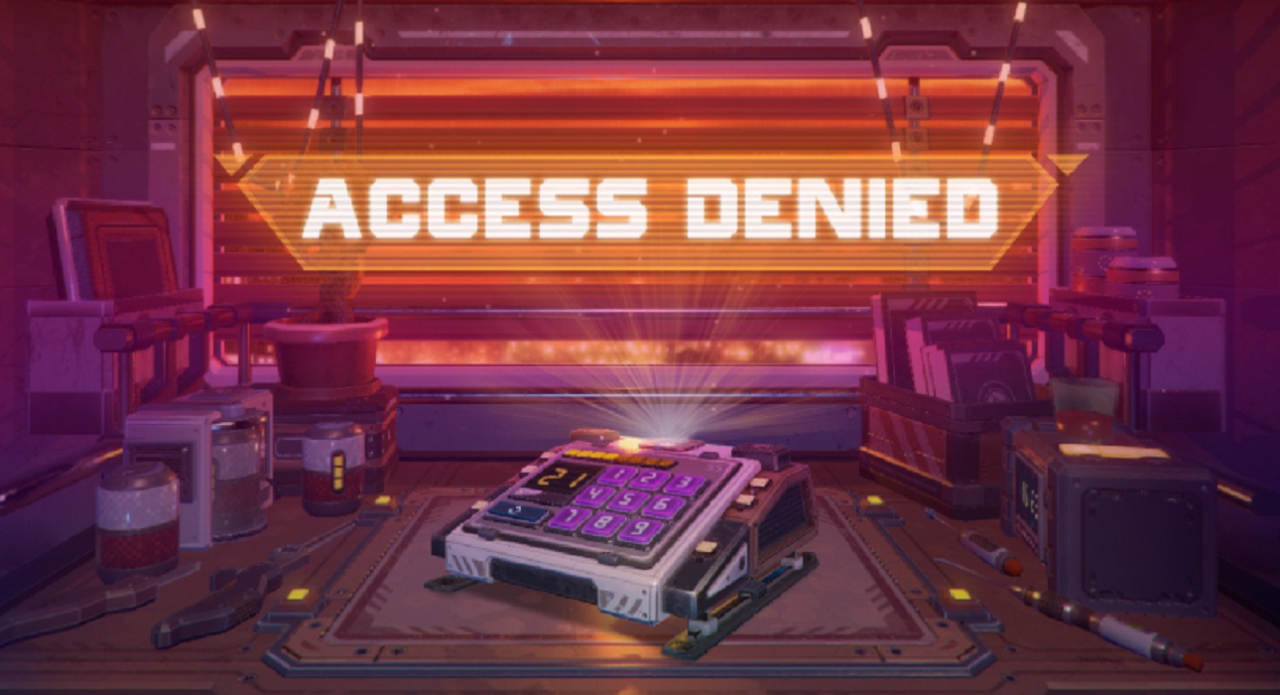 Puzzles can be a bit of a mixed bag for me when it comes to gaming. There are some titles I love that feature puzzles, like the Professor Layton series. But others, where puzzles are the main, sole feature can frustrate me. How I feel about a puzzle game comes down to the execution, if it is enjoyable, and is difficult in a way I can understand how to find the answer. With that being said, let’s see what Access Denied is all about.

You get thirty-six puzzles on metal puzzle boxes and triangle-like surfaces. You need to turn the 3D object the puzzles are mounted on to check for clues to solve it at times, but mostly because there is a puzzle on each face of the object. The puzzles are solved using knobs, dials, sliding blocks and switches. Some of the puzzles I liked, particularly the ones that involved sliding circuits to connect to their respective colors without having their paths cross.

But there were some puzzles I couldn’t figure out at all that I had to look up the answers to because I was getting frustrated, even putting the game down to take a break due to the annoyance. It would have been great for there to be some hints in the game for the puzzles to prevent this frustration or at least to point players in the right direction. Once you find the answer, by sliding things around or twisting them around in the way that is the answer, you get the message ‘puzzle complete’ and a spinning hologram. When you solve all thirty-six puzzles you get something more, which I don’t want to spoil.

I didn’t enjoy this game. The graphics aren’t the worst, but the lag on the cursor you use to solve the puzzles is very unpolished. Even if you use your finger on the screen to direct the cursor it lags very far behind the touch point. There isn’t really a plot, which I feel is a missed opportunity because the background to the place where you solve the puzzle looks like a dreary garage that could be a great way to flesh out the game. What if it was set in a dystopian setting and you solve the puzzles to receive smuggled goods to start a rebellion? Or what if the puzzle boxes were an alien artifact that you are trying to decipher? The opening text gave the illusion for a plot, but it would have been nice to have it more visible.

Overall, Access Denied was disappointing to me as I expected more puzzles, a plot to serve as a backdrop to give the initiative to solve the boxes, and smoother controls. The price is $4.99, but I’m not sure if it worth quite that much for what you are getting. If you’re really into puzzles, I would wait for it to go on sale, but if not I would give this game a pass.

Overall, Access Denied was disappointing to me as I expected more puzzles, a plot to serve as a backdrop to give the initiative to solve the boxes, and smoother controls.