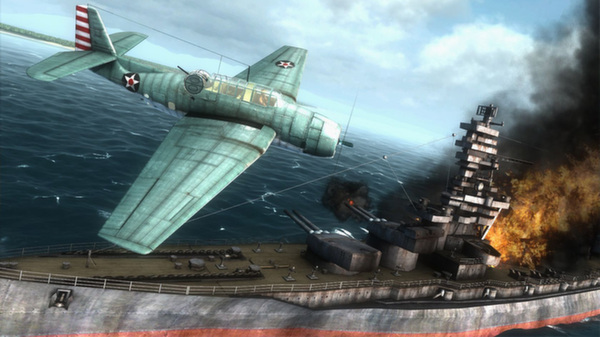 A straightforward flight simulator, Air Conflicts: Pacific Carriers does exactly what you would expect it to.

As opposed to the other games in the Air Conflicts series that are set over various war-torn countries, Air Conflicts: Pacific Carriers takes place above the Pacific Ocean. You pilot a plane on the side of either US or Japanese air force during the second World War, taking off from the platform of an aircraft carrier far out to sea and take part in brutal dogfights far from land.

It is a simple enough premise, uncomplicated by character backstories or very much plot at all, really. You are either Axis or Ally, doing everything you can to shoot down the opposing planes.

The game begins with some nice, easy missions to ease you into the controls. The left joystick control movement and the buttons on the right joycon shoot bullets and drop bombs. It’s incredibly easy to get the hang of. 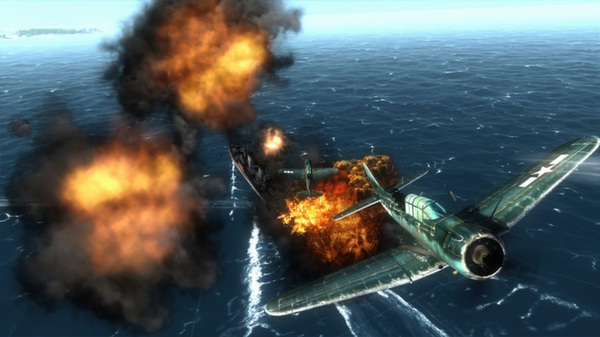 The first mission is just to take off, to get safely off the runway and into the air above the water. You go on to take part in small battles with a handful of enemy planes. Each mission is a little more difficult than the last until, as you develop your piloting skills enough, you’ll end up commanding an entire squadron of planes against your foe.

Air Conflicts: Pacific Carriers is definitely a game that is enjoyable to look at. The movement of the planes in flight are realistic enough that it can be a little bit disorienting to watch if you’re not accustomed to this kind of sim. The oceans and clouds are beautifully rendered and the planes are designed to be historically accurate. The sepia cutscenes between missions, flickering as if projecting via vintage style film, are a lovely touch that gives the game a little extra charm and also grounds you in the game’s historical setting. 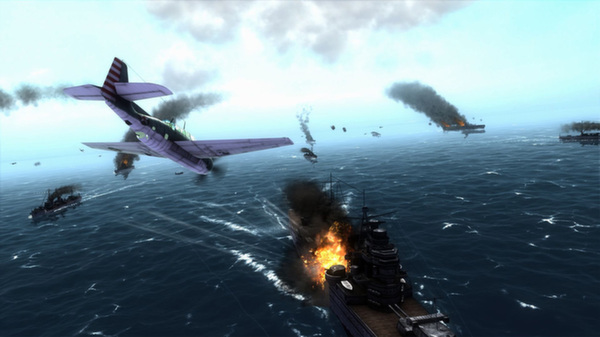 There isn’t a whole lot to the Air Conflicts: Pacific Carriers, but it is a decent arcade flight simulator, which is comfortably challenging and good to look at. Outside of the missions, it also has a multiplayer mode so you can take on your friends. For a simple afternoon mindlessly gunning planes out of the sky, you’re well covered with this game.

Air Conflicts: Pacific Carriers is a straightforward flight simulator that throws you into the heart of World War II dogfights and looks good doing it.