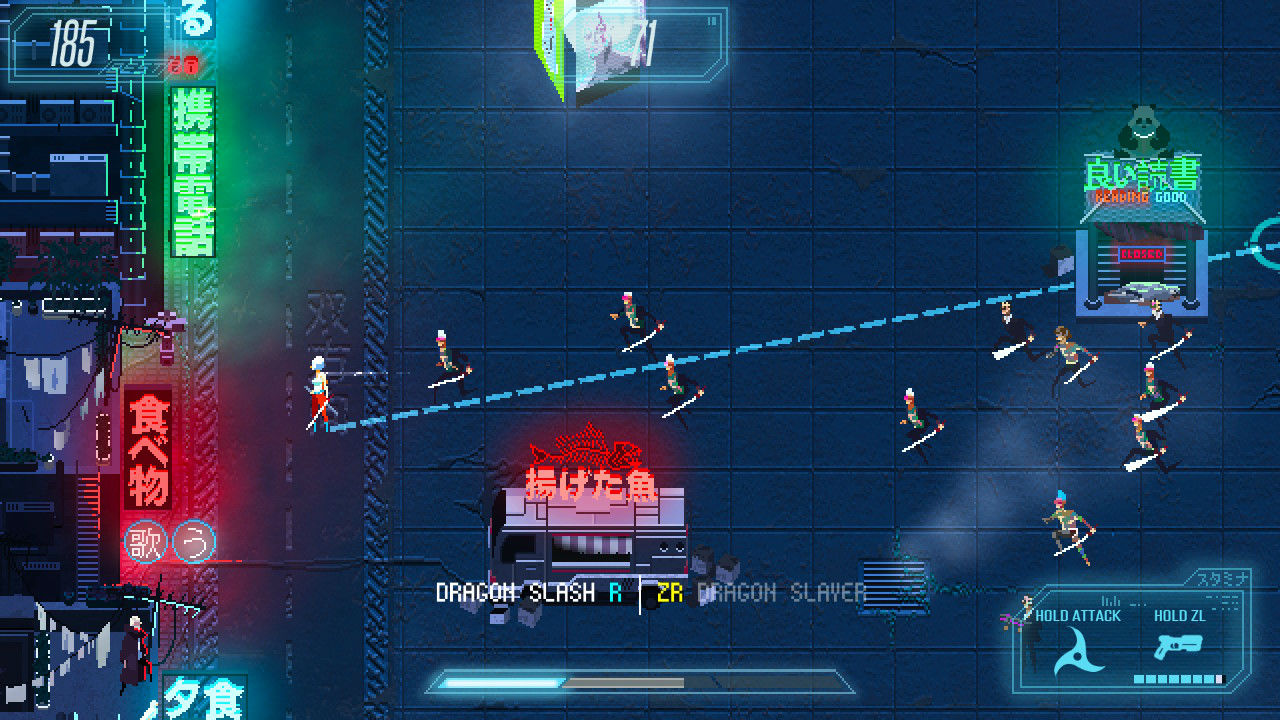 I’m not usually one to gravitate towards twin-stick shooters, but when I picked up Akane, I felt as though I was playing something special. With its fun combat, unlockables, and delightful graphics, I left my time with this game feeling differently towards the genre.

Akane is twin-stick shooter that focuses on using melee, with gunplay being only used in rare exceptions. With this combat you will be mowing down waves of grunts until you’re forced to face a boss every once in a while. Bosses can be taken down in one hit, but also take some strategy to find the weak spot. While this concept sounds simple enough there is also a stamina meter that limits Akane from just blindly swinging the sword around and essentially breaking the game. This one mechanic opens the player up to using strategies, such as building up the special meter to unleash a special move or fire a few rounds from a gun. I found this on-the-fly thinking to fight enemies to be exciting and gave each playthrough new life. 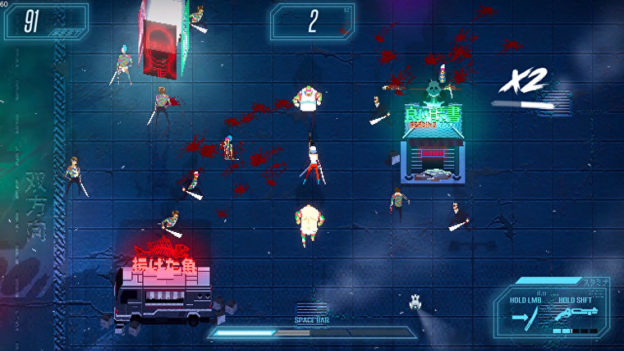 There are quite a few unlockables in Akane that range from new guns and swords, to shoes and new character buffs. These items can be acquired through accomplishing tasks such as stringing together a high-number combo or using special moves on a certain number of opponents. These unlockables are a great part of the overall experience and gave the feeling that I was growing as a player.

Graphically, this game is just simple pixel art, but fits in with the cyberpunk aesthetic well. While you are only really running around a singular arena, it is quite detailed, with onlookers, signs, and different enemies. I found these different elements interconnected well with the idea that I was indeed fighting for my life. Along with the pixel art, there are well-drawn portrayals of main characters that show up on screen when they are interacting with each other. This was a nice touch since it gave a better idea of how these people are supposed to look. I found all of the details to be very pleasing to the eyes. 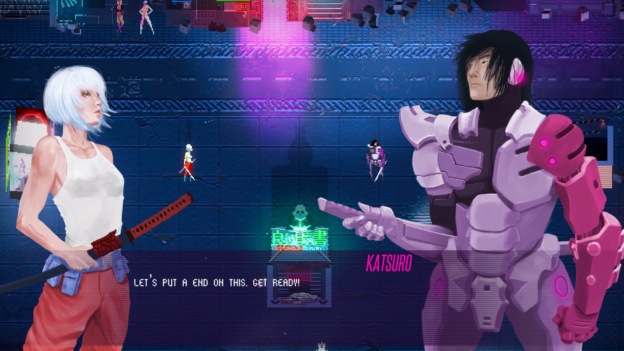 Overall, Akane is a great game that is hard to put down. From the combat to the look, I found myself to be entertained by every element thrown at me. I think this title is a great addition to the Switch library, and I can’t recommend it enough.

Akane is a delightful twin-stick shooter that focuses primarily on melee combat, and wants the player to use their firearms sparingly. Mix this with the delightful graphics and upgrades, and there is a lot of fun to be had with this game.