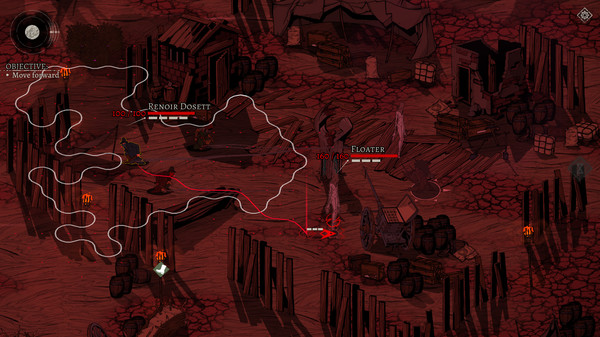 Set in a world that has been abandoned by its god, Alder’s Blood is a game of stealth and strategy woven around a beautifully dark plot.

The game does a wonderful job of evoking the tension of a society that has killed its god and fallen into chaos. The land is haunted by dark creatures, spawned from the deity’s carcass, that now prey on people.

You play as the chief of a clan of Hunters roaming Exiles’ Wastes, equally inhuman but committed to protecting the remnants of civilisation. It is your job to manage your clan as you take on missions that protect different groups of people. The game begins with a mystery. Your old friend Duke is found traumatised and blind. Around the hunts you undertake to survive, you unravel what happened to him and reveal the true dangers hidden in the shadows. 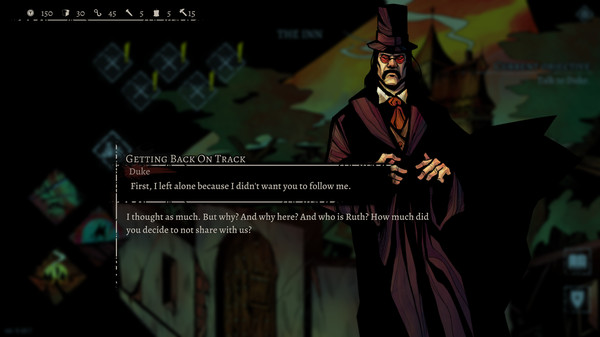 Every mission is one of stealth. Of course you equip your clan with combat weapons, but you’re far more likely to survive if you sneak around them without being spotted. Staying concealed is no easy feat, though. You not only have to consider their eyeline, but also other senses. You have to be conscious of your odour and the direction of the wind in case they catch your scent. Some of the monsters you face will shriek to summon more powerful creatures if they detect you.

You have to think creatively to get through each mission and start implementing your strategy ahead of each task. Your men need to be equipped with their weapons, charms, spells and medical equipment before you embark and you need to be aware of how their actions might impact each other throughout. You have to choose carefully when to fight and when to focus on sneaking your team past the monsters lurking in the dark.

It can definitely take some getting used to if you’re used to taking a brute force approach to games. The missions are challenging from the start, but never so much that you want to give up. 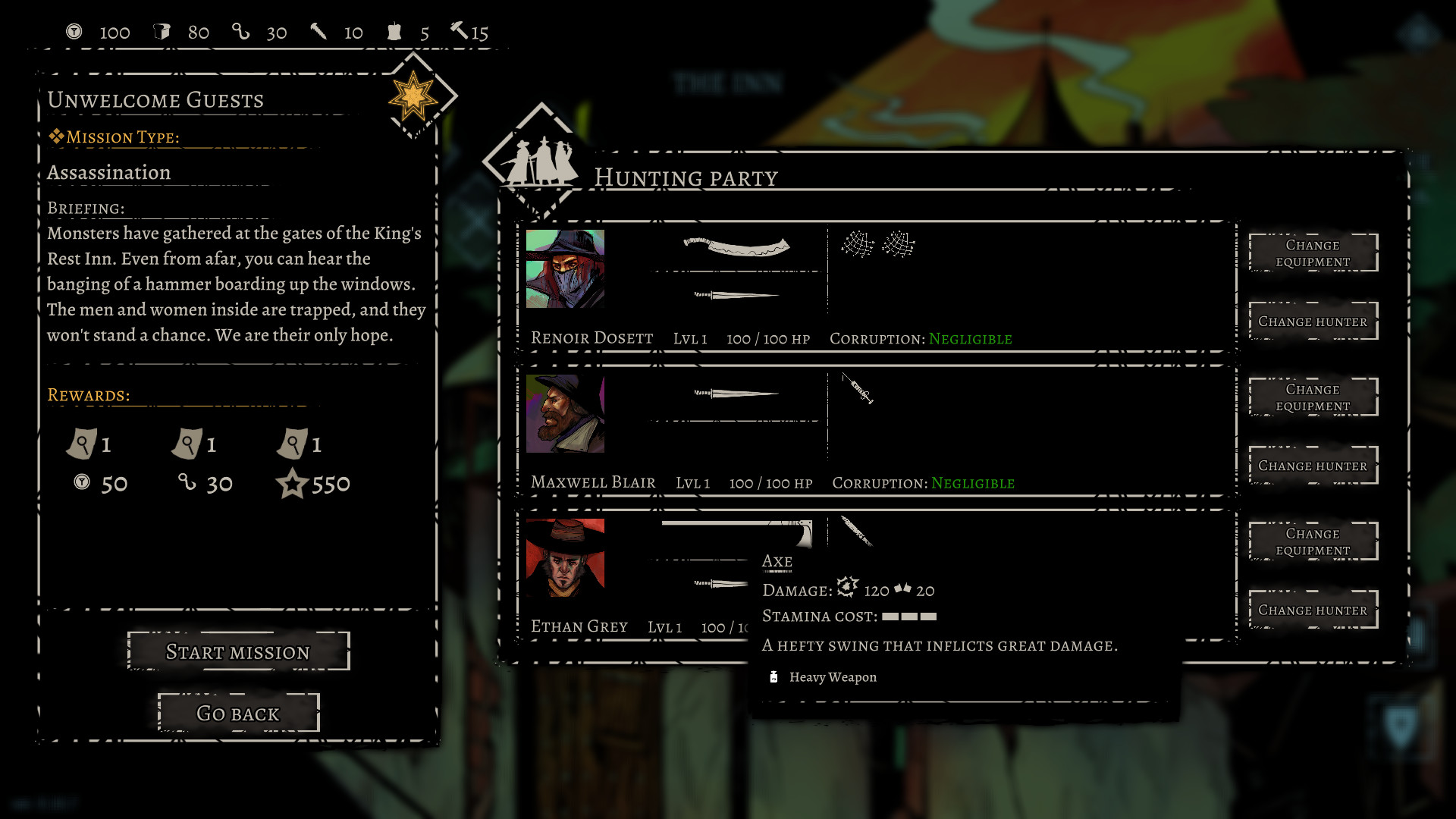 The way that the stealth mechanics are influenced by the setting and the story is fantastic. The gameplay does an excellent job of generating the tension you would expect to feel crawling past supernatural beasts when you are all that stands between humanity and utter devastation.

The plot, environment and art style are inspired by various elements of the horror genre, spanning Gothic Victoriana, vampires, werewolves and Lovecraftian monsters, with a touch of the wild west in the desert setting. It is beautifully depicted throughout the game, with detailed sprites complete with suitably creepy animations, gorgeous backdrops of the desolate world and brilliantly designed characters you get to see up close during conversations.

Alder’s Blood is an intricately detailed game that draws you thoroughly into its world. It is immediately dark and mysterious and you can’t help but soak up the themes of loyalty and compassion, even in scenes of brutal slaughter, betrayal and fear. It is provocative and challenging in a way that hooks you and doesn’t let go.

Alder’s Blood is a wonderfully crafted game with an intoxicating story. Its missions are simple but your strategy can’t be if you want to survive.