Another retro SNK title has arrived on the Nintendo Switch eShop, thanks to the folks at HAMSTER. First released in 1991 for the Neo Geo, Alpha Mission II is the sequel to the popular arcade space shooter Alpha Mission (1985). This vertical scrolling, first person shooter is a fun addition to the Switch eShop. But is it worth adding yet another Neo Geo title to your library? Let’s take a look at the popular cult classic and see how it holds up to today’s standards. 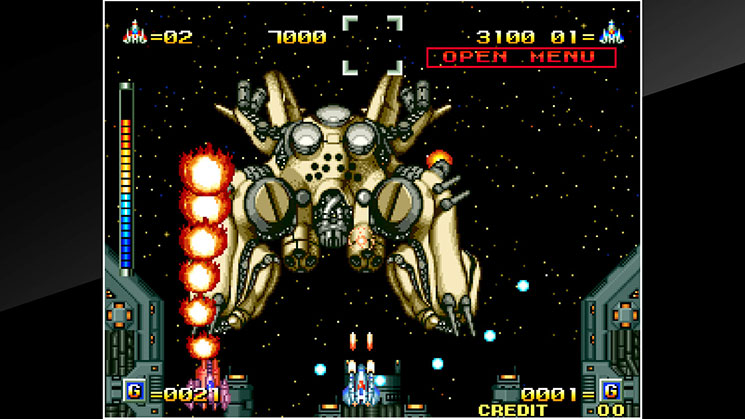 If you’re not familiar with Alpha Mission II, you could compare the gameplay to the likes of Galaga or Asteroids, this is just a lot more updated visually. The player controls the ship across 7 insane levels on a mission to destroy the evil android’s leader, before they destroy Earth. You have bombs, lasers, and tons of other weapons at your disposal to show these annoying robots who’s boss. But it’s not as easy as it sounds. The enemies also have their own array of weapons and a few tough mini bosses up their sleeves. 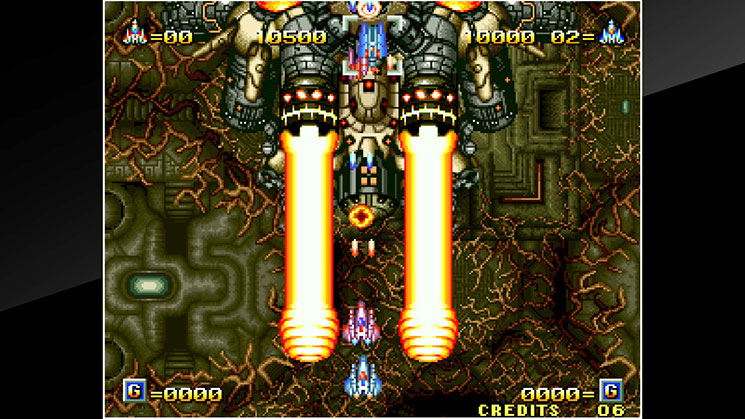 The levels scroll upwards from a top-down perspective and the player can move the ship around freely with the joystick as you ascend. There is also a laser that can be fired with the A button. As you progress you can collect power ups that are super useful if you plan on making it to the end. There are various different types: one increases your speed, another increases laser power, another lets you shoot missiles and the last one gives you some gold that can be used at the end of a level to acquire other abilities for your ship. The power ups will randomly drop in place of a defeated enemy. As they slowly drop down towards the bottom of the screen you can either collect them or shoot them. Shooting a power up launches it upwards and changes it’s ability. So for example,  if you prefer speed over the other power ups you have the option to shoot the falling power up until it’s a speed upgrade. The max upgrade for each one is 4, so I recommend grabbing a variety to get the most use out of them. It’s a neat feature that adds some more variety and excitement to the already hectic gameplay. 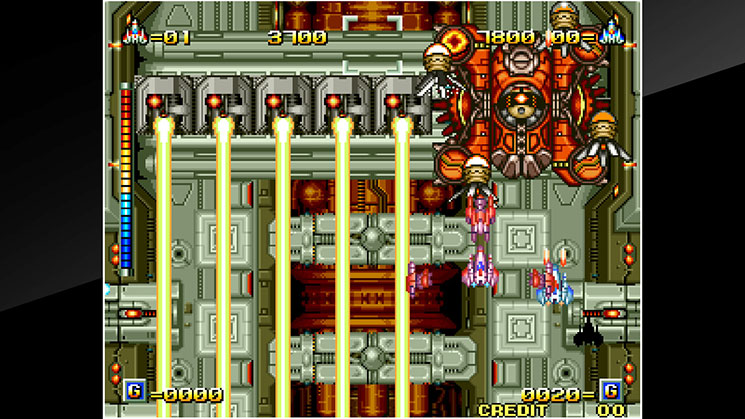 The enemies in this game are relentless. There is constantly something flying around the screen or shooting projectiles at your ship so it’s really hard to stay alive if you’re not paying attention. The worst thing about Alpha Mission II is that getting hit once, by anything, is instant death. While it is easy to continue right after a game over I really would have appreciated at least one additional hit point, or a health bar maybe? It would have made the game a lot less frustrating. While most of the androids are pretty easy to beat there are some that are not. Each level has a boss and sometimes a mini boss as well. These mechanical monsters are a lot tougher than their tiny counterparts and their attacks are more difficult to dodge. While there are only 7 levels they’re all pretty challenging in their own ways and they’re pretty lengthy for arcade game standards. 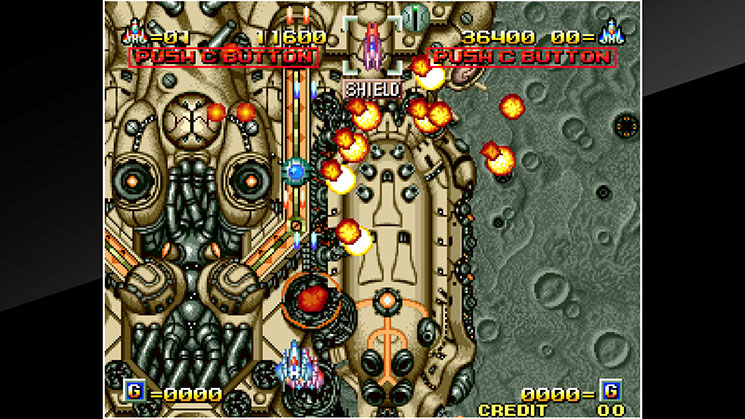 One thing I will say is that Alpha Mission II may have overreached just a bit when it came to the enemies and placement of certain things in each level. It is pretty much impossible to shoot everything on the screen, unless you have a few laser upgrades or the level stops scrolling for a minute. While I get that this is an alien invasion I wish they would have tried to invade a little more uniformly. They fly around everywhere, they shoot everywhere. Sometimes there’s no place to hide you just have to shoot and hope to heck it works so you can make it to the next area. It’s challenging, but it might be a little too challenging. Luckily you can change the difficulty level in the settings menu, which is always an awesome option for less experienced players. 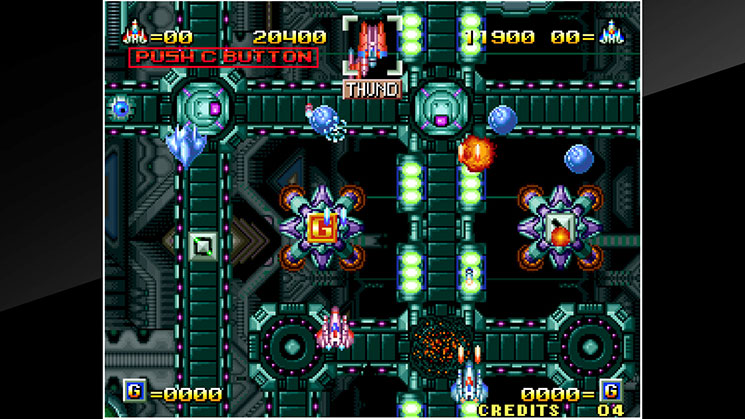 Like other NEO GEO games on the Switch, Alpha Mission II gives you the choice to play either the English or Japanese version of the game. As well as different button controls and various other settings. You can also use two controllers and play with a friend in co-op mode. All they have to do is press A to join you on the screen. Overall I liked Alpha Mission II. It made me feel like I was playing an old skool arcade game. While it may seem a little hectic sometimes, It’s a great game if you need some quick entertainment or something to play in between other games. I think a lot of people will enjoy it because it’s easy to pick up, simple to play and most importantly, fun. Whether you’re a fan of the original or this is your first time hearing about it, I recommend checking out Alpha Mission II. Available now on the Nintendo Switch eShop for $7.99. 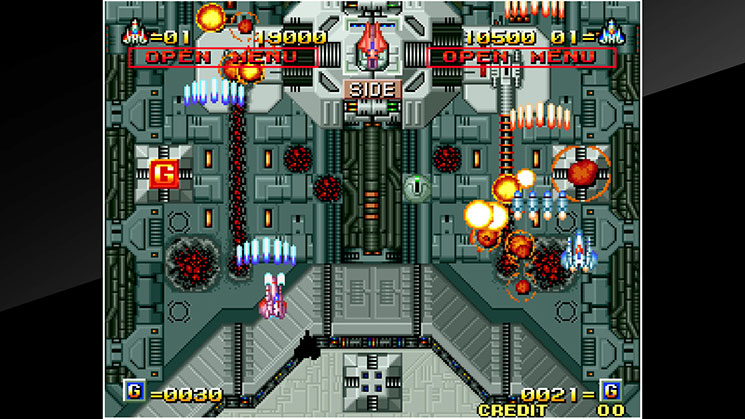 Alpha Mission II is a really fun game. It’s easy to play and almost everyone loves a good arcade shooter. While it does get a little frustrating when a lot is going on, I was still able to easily progress and enjoy the rest of the game. Playing on the Switch felt great, especially on the go. This is definitely a game I’ll be coming back to again and again.