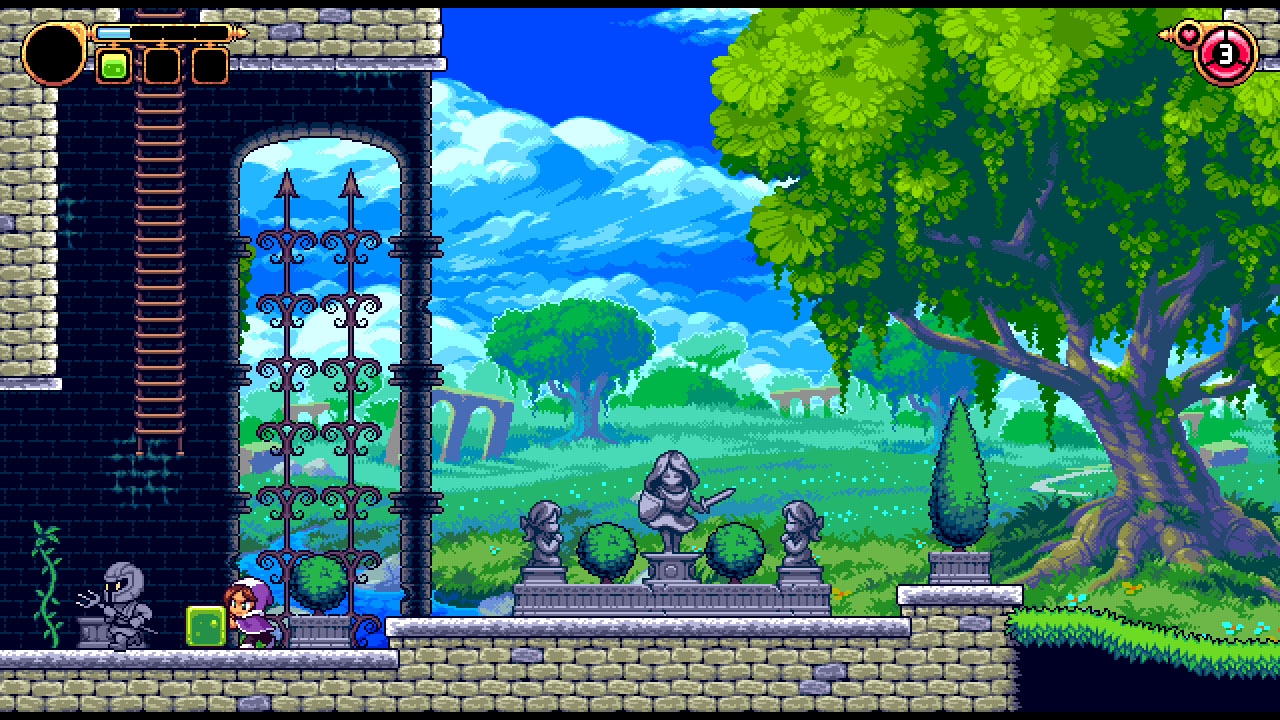 Alwa's and forever, each moment with you.

There’s nothing immediately special about Alwa’s Legacy. As a throwback Metroidvania, it works. The graphics are good. The story’s okay. The action is fun. Everything’s fine. The longer you play the game, however, the more you realize it’s special. This is one of those rare games where nearly every element comes together to create a truly satisfying and entertaining experience.

Those who have already played Alwa’s Awakening (also available for the Switch) will already know this, as the sequel doesn’t stay too far from its platforming/puzzle gameplay. Alwa’s Legacy looks better, almost like it was designed for one generation beyond the original’s intended appearance. 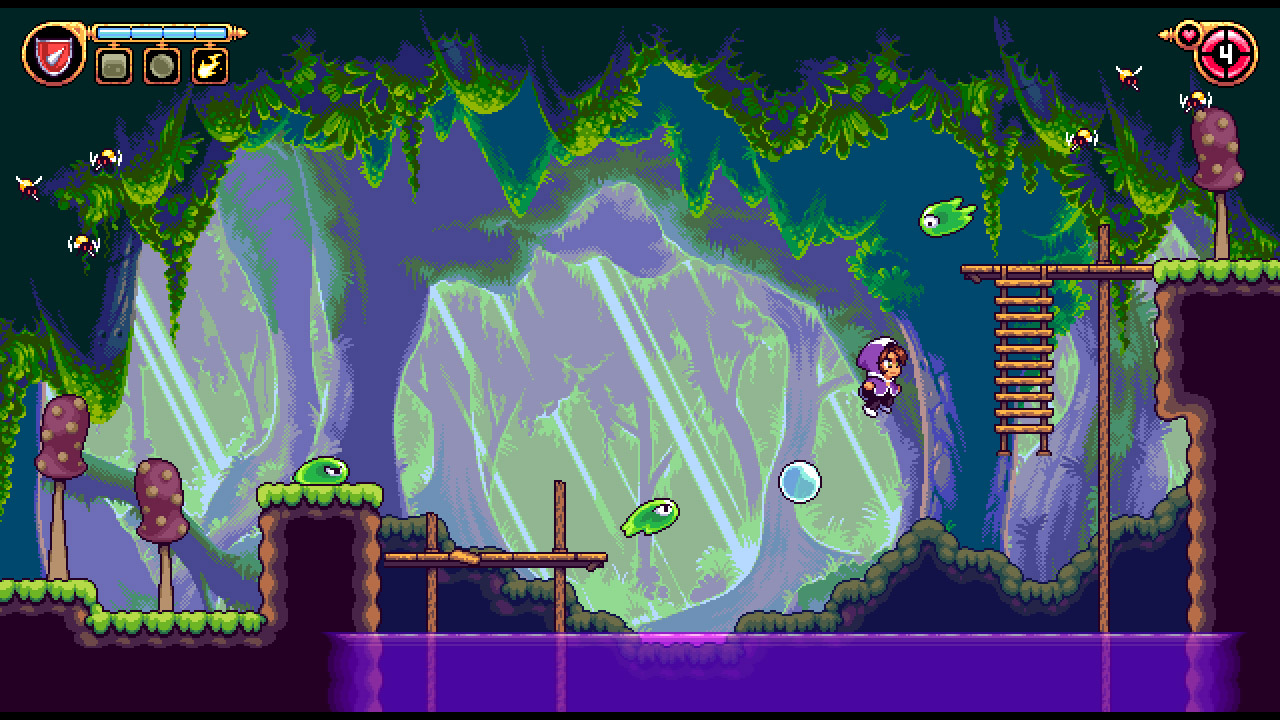 That’s a fun touch. It also takes a more open approach to exploration, which I’ll get to in a bit.

First, there’s the story. It finds our hero, Zoe, washing ashore in Alwa. She’s lost her memory, of course, but that makes it easier to identify with her if you haven’t played the original (or just forgot what happened). Zoe has a quick fight with the villain of Alwa’s Awakening, which she loses, and then begins the adventure.

The story never really gets any deeper than this, as each revealed plot element mainly serves as an impetus to get you to explore another section of the realm. Gather these things, access this area, learn to do this, then fight a boss. Ever onward. 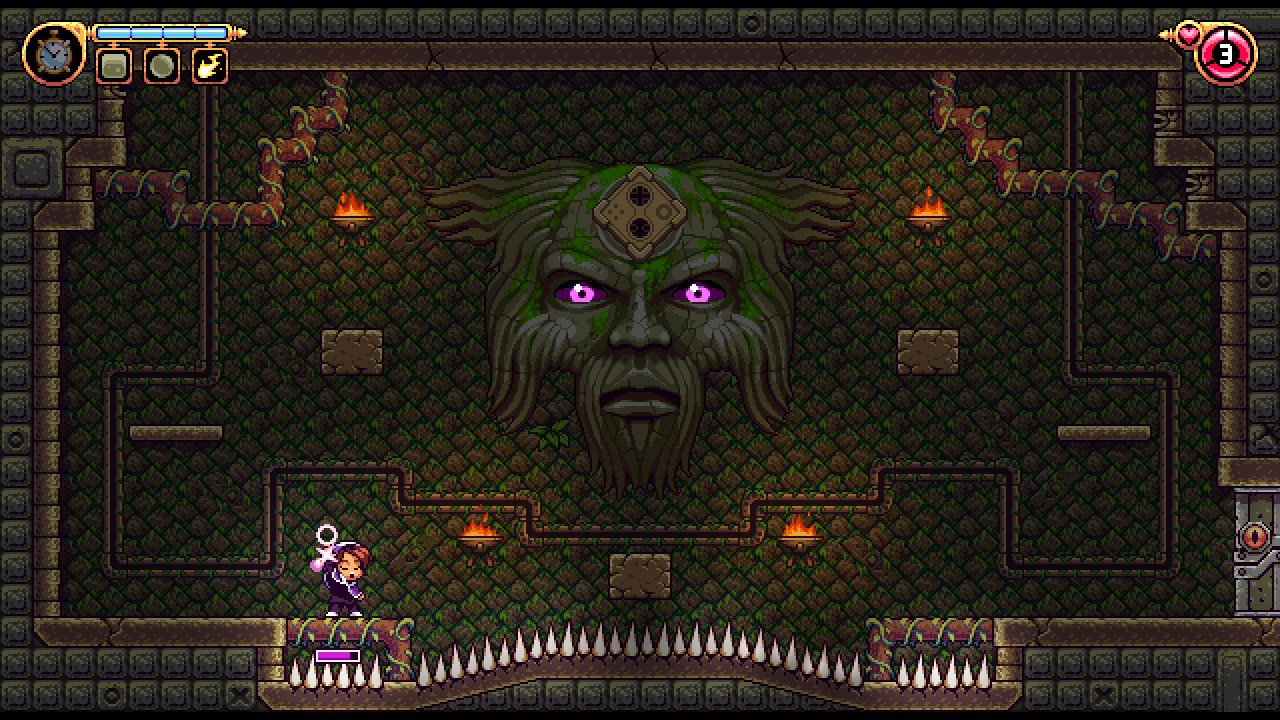 The game instead gets its personality from the people you meet along the way. They’re fun and quirky in the way that characters used to be back when you had only pixelated graphics and a few lines of dialogue to separate them from each other. Meeting new people is almost as enjoyable as finding hidden rooms in Alwa’s Legacy.

This also means there’s no unnecessary exposition to interfere with the gameplay. You get a basic premise, you get areas to explore, and you have at it. Additionally, this exploration takes more of an open-world approach than most platformers you’ve pushed through in the past. The characters you meet along the way will give you some guidance, but the path to your goals is not completely linear. 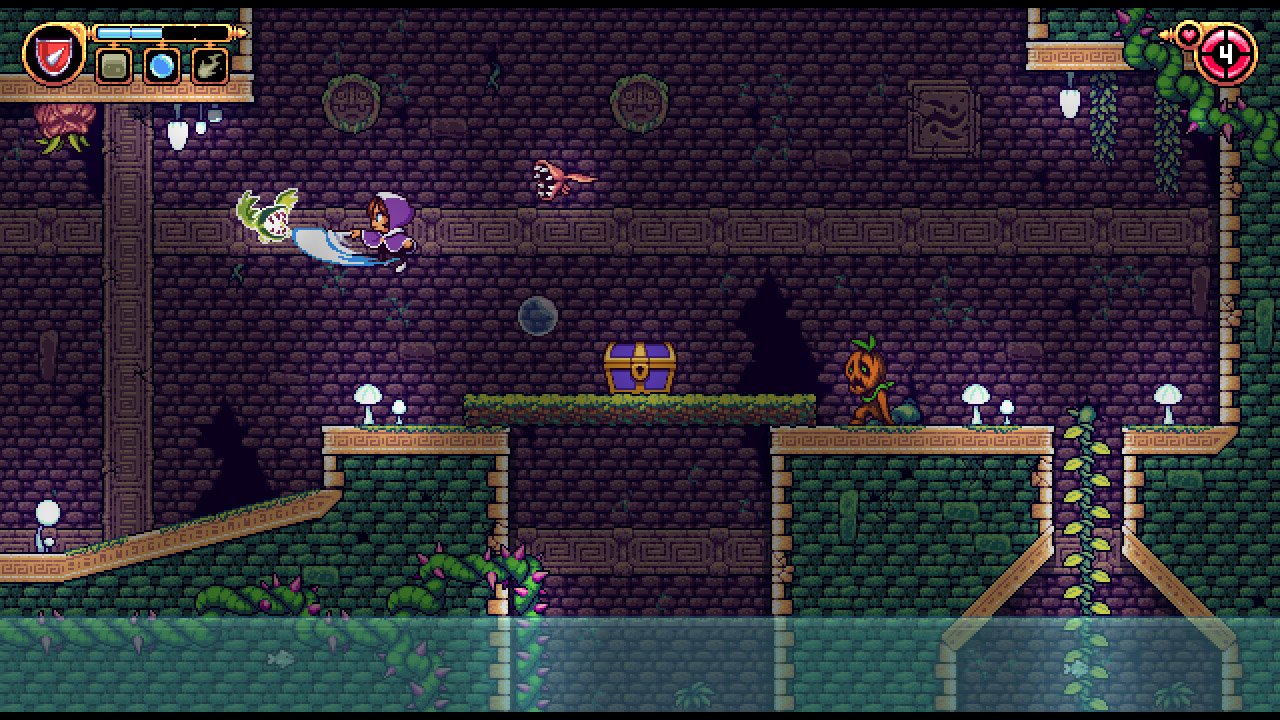 The lack of a clear path can be a positive and a negative. Although you do have more freedom to explore and to bypass screens that are giving you trouble, it’s not always clear when you’ve reached an area you’re not able to complete. Even the map function is ambiguous in its guidance (you can’t always reach the openings it displays). I spent numerous attempts (and, therefore, lives) trying to get to areas I wasn’t sure if I was actually able to reach. You return to your last save point when you die, and that can be many screens back. Returning to the bothersome area makes for a lot of wasted time. Thankfully, there is a setting that allows you to respawn on the screen where you died regardless of when you last saved.

The game is, thankfully, aided by incredibly precise controls. When you die, it’ll never be because you were cheated by lag or overly difficult jumps. Alwa’s Legacy is a pretty much a two-button affair: jump and action. The actions are handled with your wand, which has the ability to create blocks for you to push around, bubbles to hop onto, and magic bolts to fire out. All three are used to help you solve puzzles and attack enemies. It’s mostly a pretty simple affair, but I found myself fumbling when up against particularly tricky jumps, groups of enemies, or the game’s deceptively difficult bosses. Thankfully, you’re afforded plenty of time to practice the new abilities as they’re introduced. 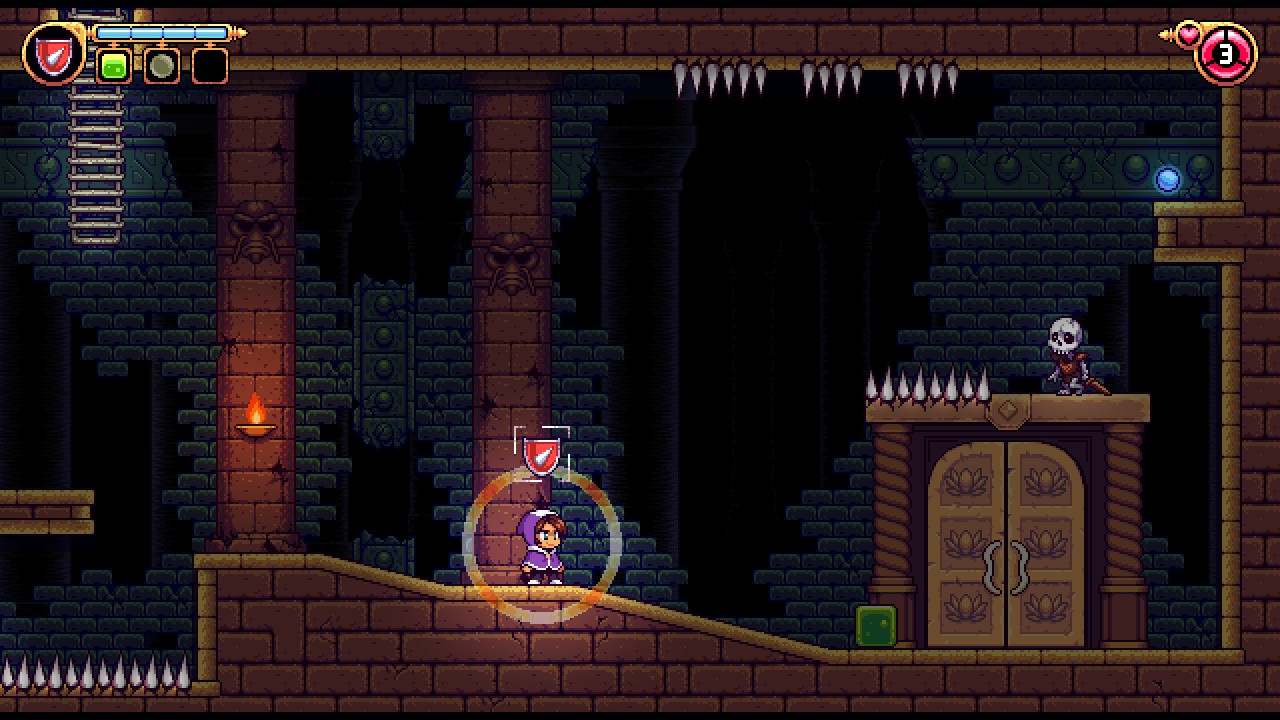 Going back to access previously unreachable areas becomes commonplace with each enhancement. Suddenly obtaining the ability to run across spikes, for example, really changes things.

Put all of this together—the colorful graphics, the precise gameplay, the fun puzzles, and the clever level design—and you get one of the better platformers available for the Switch. The only real fault of Alwa’s Legacy is that its ending comes too soon. Perhaps another run through Alwa’s Awakening is in store.

Whether or not you fancy yourself a platformer aficionado, Alwa’s Legacy should be on your playlist. It combines retro graphics with modern precision to create a wonderfully engaging experience that strikes a fun balance between platforming and puzzle solving.