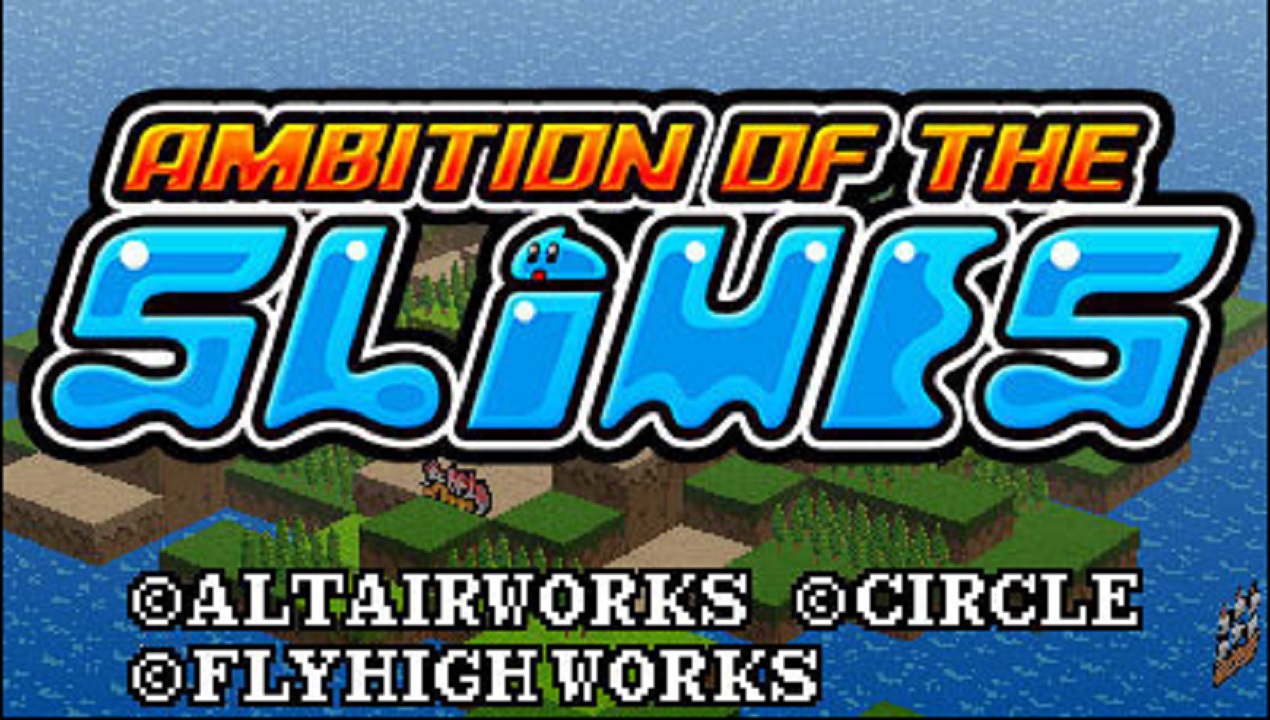 Ambition of the Slimes gameplay is done well. It’s not clunky, and adds to the overall smooth feel of a well polished game. The environments have different heights and obstacles. The nice thing about the semi 3D landscape is the ability to rotate the map so you can see almost all the needed angles to plot your foes demise.The visuals and music have a classic feel to them, very PS One. Final Fantasy Tactics is what  this game strongly reminds me of. 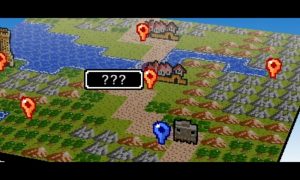 While Ambition of the Slimes has a polished feel because of gameplay and visuals, where it seems to fall short is story line. The first three zones, counting of course the tutorial, all give similar dialogue where the humans are amazed that the slime can claim hosts Noooooooooooooo! However aside from the weak story I had fun watching over and over the little monsters claim their foes! Like similar tactics games there are different slimes with different abilities that help the player defeat their foes. Eat the humans ….Nom nom nom nom.

This title also tries to inspire the player to want to find all the slimes. There is a collection screen that shows you the stats and pictures of all the slimes you’ve collected. There’s also a break down on the enemies you’ve fought against. 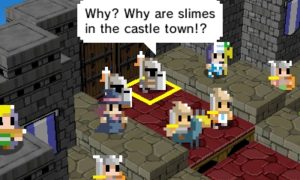 Ambition of the Slimes however proves to be exceedingly challenging, making the player have to work on leveling their slimes. The game requires some serious old school grinding. Each area has multiple difficulty settings to increase the challenge while raising the percentage of getting a better slime or a rare one for completing an area.

The unique concept of having to claim hosts to beat the odds was interesting. However the lack of an immersive story and high amounts of grinding made Ambition of the Slimes feel tedious and quickly smothers any desire to complete the game. I’ll give this title a 6 out 10 as it requires too much ambition with little return.