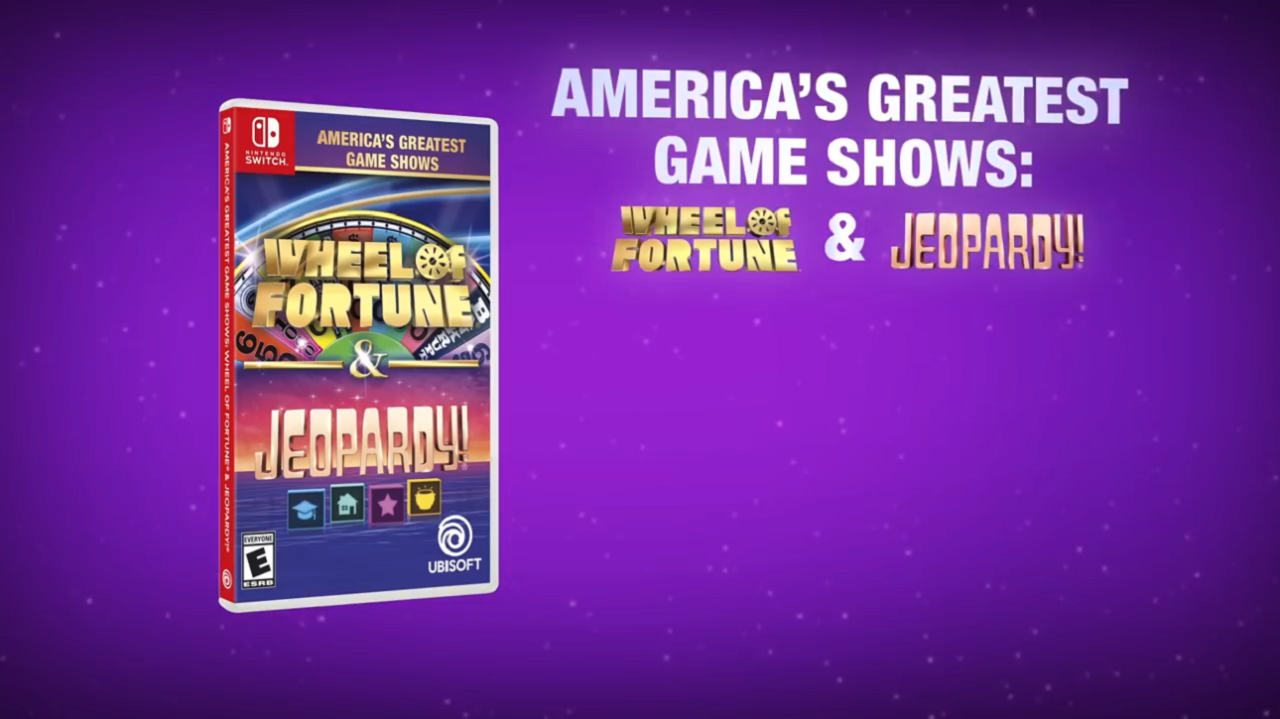 These iconic game shows are no strangers when it comes to Nintendo hardware, appearing as early as the 8-bit days of the NES. This latest iteration on Nintendo Switch gives you both games on the same Game Card. America’s Greatest Game Shows: Wheel of Fortune & Jeopardy! has a long title, but it’s not as long when it comes to fun.

Wheel of Fortune is the better of the two, with a solid, colorful presentation that gives a studio atmosphere. Feel the rumble as you spin the big wheel, and enjoy video clips on prize puzzles wins, but don’t buzz in early and get locked out. Pat and Vanna are missing, but the substitute hosts do an okay job. You can play multiplayer with just a single Joy-Con, although this really only works for the regular puzzles. Get one where anyone can ring in, and the game employs an awkwardly timed method before you need to pass to the next player. It’s a minor annoyance that escalates if you’re trying to play as a trio and only have two Joy-Cons. 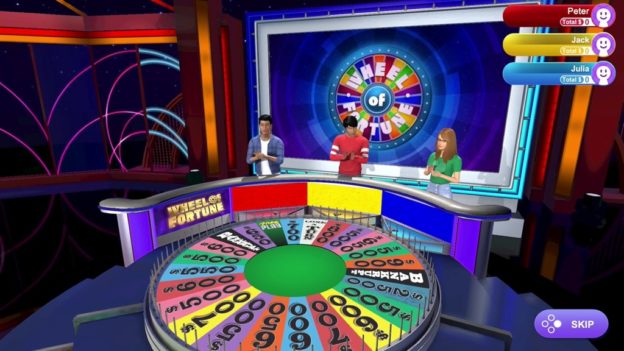 Jeopardy, while still fun, has a number of issues. It’s visually bare bones, with no shots of the studio or players. The board shows pictures on a handful of answers, but the overall look is lacking ambition and a bit dull. Once again, the original host is not on hand. The female voice can’t match up to Alex Trebek, I’m sorry. The game lets you pick from answers rather than having to type. That’s convenient, but with just three choices, it’s pretty easy. Even on normal, the computer players will often select wrong, so if you’re patient it beings your chances up to 50/50. So you might consider adjusting the difficulty as high as you can go unless playing with kids. 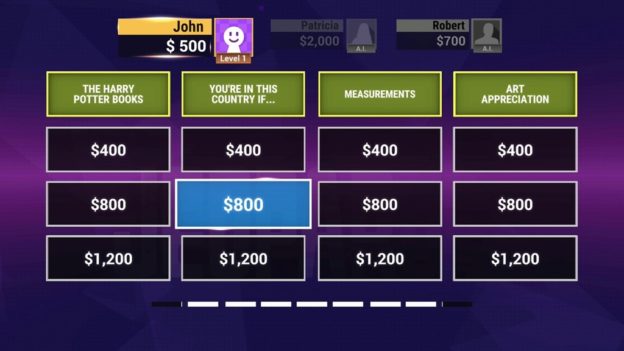 America’s Greatest Game Shows: Wheel of Fortune & Jeopardy! has online play, but I couldn’t find anyone when I tried. My wife struck out online as well.  These games are really best for local multiplayer, and I did have some fun playing with friends. Various stats are recorded also so you can see your progress.

I’ve played four to five games of each, and I can say that they’re okay at best. Prior versions on Nintendo hardware seemed to have higher quality. The $39.99 price isn’t bad for two full games, but these versions are so basic I’d wait for a sale on America’s Greatest Game Shows: Wheel of Fortune & Jeopardy!

Prior versions on Nintendo hardware seemed to have higher quality. The $39.99 price isn’t bad for two full games, but these versions are so basic I’d wait for a sale on America’s Greatest Game Shows: Wheel of Fortune & Jeopardy!